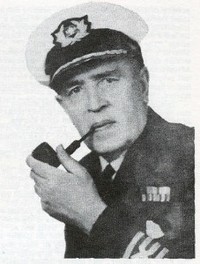 He was born in Aldershot, England. He was a merchant marine officer, sailing the world in everything from tramp steamers to troopships. He emigrated to Australia in 1956 and became an Australian citizen. He commanded various ships in the Australian and New Zealand merchant navies, and was the last master of the Australian aircraft carrier HMAS Melbourne as the law required that it have an officer on board while it was laid up waiting to be towed to China to be broken up. 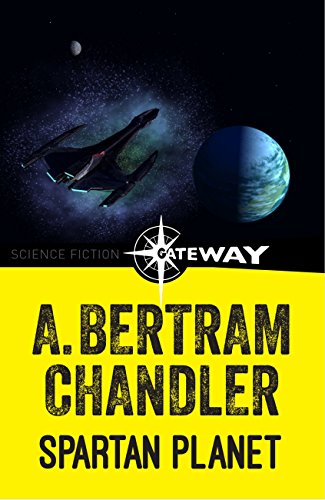 John Grimes arrives on the forgotten planet Sparta, where a birth machine produces only men generation after generation. The strangely shaped 'men' on his ship have a catastrophic effect.
Buy Kindle Version
Buy Paperback Version 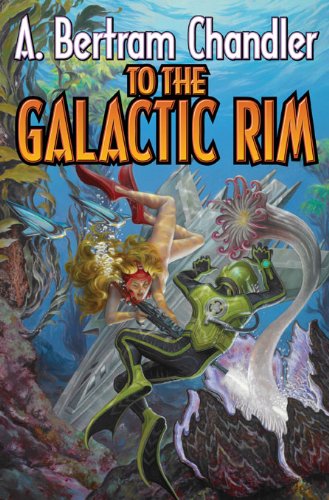 John Grimes will one day command his own starship, and change the course of Galactic history, but right now he's a wet-behind-the-ears junior officer who finds that he keeps running into problems which were never covered in his courses at the Academy. The Road to the Rim—meet Lieutenant John Grimes of the Federation Survey Service; fresh out of the Academy-and as green as they come. To Prime the Pump—El Dorado is a planet with a pressing problem: the men are infertile, cause unknown, and the women want someone to Do Something! Not quite the problem young John Grimes expected to deal with... The Hard Way Up—a collection of seven tales of John Grime's adventures, meeting danger and winning glory out at the rim of the Galaxy. The Broken Cycle—John Grimes never intended to get lost in space, let alone being lost with a very attractive policewoman who's all business. And he really never expected to run into an entity who claims to be a god and has a garden of Eden ready and waiting for the pair. Three novels and a story collection, all in one volume of space adventure. At the publishers request, this title is sold without DRM (Digital Rights Management). A. Bertram Chandler was born in England in 1912 and grew up to sail the world in everything from tramp steamers to troop transports. He was a frequent contributor to the legendary magazine Astounding Science Fiction (later retitled Analog) during it's Golden Age, and contributed the classic novella "Giant Killer" to the magazine during the 1940s. He emigrated to Australia in 1956, and commanded vessels under the Australian and New Zealand Flags. In the 1950s through the 1980s he contributed stories to the leading science fiction magazines, and published a steady stream of novels, most, but not all of them, chronicling the exploits of his popular hero, John Grimes, who has often been called the Horatio Hornblower of science fiction. He wrote more than 40 novels and 200 shorter works and was the Guest of Honor at the 1982 World Science Fiction Convention. He died in 1984.
Buy Kindle Version
Buy Paperback Version
Scroll to top