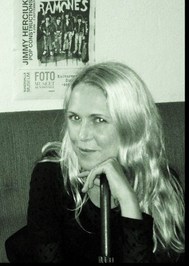 A.C. Efverman is a Swedish bestselling author. Her first novel - a crime fiction story set in Sydney (Swedish title 'I evighetens skugga') - was published in Sweden year 2002. Her books are now available in both English and Swedish - and novels from her latest series 'DS Morgan Callaghan' / 'Kommissarie Morgan Callaghan' have been listed #1 Best Seller on Amazon several times.
A.C. Efverman was born and raised in Stockholm and she traveled the world on and off for six years before she settled in Australia year 1996. During her travels she saw and experienced many things; in one horrific moment she had a gun pointed at her head. She writes from her experience of being a victim of crime, as well as drawing from her extensive imagination - and years of research on real life murderers, police procedures and forensic data. Her novels contain the same main characters and the stories are set in her adopted home town Sydney.
A.C. Efverman has been a playwright in her past; writing crime fiction stories adapted to stage. She is also an artist - she's a graduate of Stockholm School of Arts - and she paints with oils and acrylics. 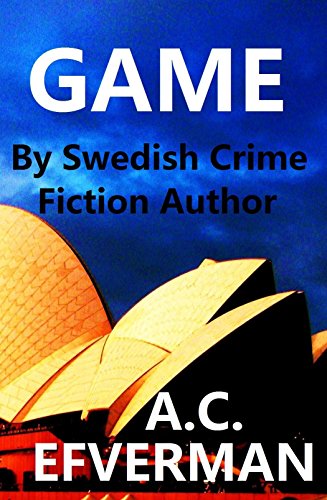 Sydney is hosting the soccer World Cup in a few weeks' time, when Detective Sergeant Morgan Callaghan is assigned to lead an investigation of three dead women who have been found in central parts of the city. Morgan's mother is dying, and his family cannot understand the pressure that Morgan has been put under by his superiors and the FIFA committee. The hunt for a serial killer leads Morgan into a darkness he has never experienced before - and in this darkness he will lose more than he ever thought was possible... Written by Swedish crime fiction author A.C. Efverman; who has lived in Australia for twenty years - this dark thriller takes you on a scary journey through the beautiful city of Sydney; where you will get to know DS Morgan Callaghan, and you'll also gain a rare insight into what it's like to work on a murder investigation in Australia. The Swedish edition of GAME was # 1 Best Seller in Swedish Language Fiction on Amazon (USA) in November 2015 - and was also # 1 Best Seller in Swedish eBooks on Amazon (Australia) in March 2016.
Buy Kindle Version
Buy Paperback Version
Scroll to top