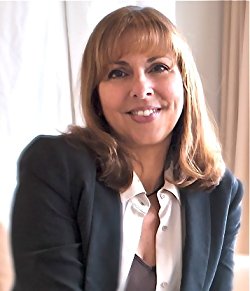 Adriana Koulias is the author of four novels: Temple of the Grail, The Seal, The Sixth Key and Fifth Gospel - A Novel.

She was born in 1960 in Rio de Janeiro, Brazil. At the age of nine her family moved to Australia. She travelled extensively throughout her youth and was fifteen before finally settling down in a small country town outside Coffs Harbour.

She has been a nurse, a singer songwriter, a professional artist, has studied history and philosophy and began writing her first book Temple of the Grail in 1995.

All her books have been best sellers and THE SIXTH KEY was long listed for the prestigious Davitt and Ned Kelly Awards for Crime Fiction. 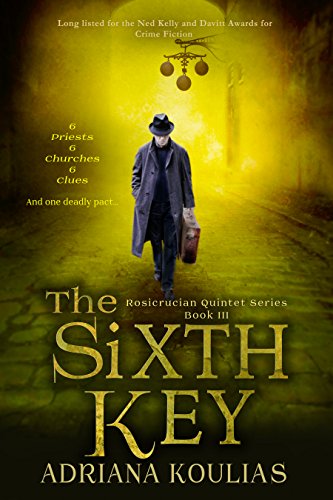 Long-listed for the prestigous Davitt and Ned Kelly Awards for Crime Fiction this best seller is a brain-teasing conspiracy thriller for the adventurous reader. 'By the Power of these keys the Head of the Church will be made the Lord of Hell.' In late 2012 a cryptic invitation leads a crime novelist to Venice's Island of the Dead. Seventy four years earlier a similar cryptic invitation brings Grail Historian Otto Rahn to an apartment in Berlin. What awaits him will change his life forever. He is sent on a hunt for Le Serpent Rouge, a notorious book of black magic written by a Pope, a book Himmler wants to add to Hitler's library. But there are others looking for the grimoire. A shadowy circle of men are watching Rahn's every move, and they will stop at nothing to possess the book and the legendary key that unlocks its terrifying power... The Sixth Key has been described as a three dimensional game of chess with real characters, a time machine that will change the way you see the world and the impulses behind war forever. 'In the tradition of The Da Vinci Code, Adriana weaves a tale of Esoteric Intrigue in THE SIXTH KEY.' Cairns Post 'Koulias weaves an intelligent plot that keeps you guessing till the end' Goodreading Magazine 'It had me hooked from the first page.' Sisters In Crime 'A Gripping novel, recommended for those who love the genre and want to immerse themselves in a good reading adventure.' Letterature e Cinema 'An Addictive Thriller' Libri Blog THE SIXTH KEY is a richly dense, well constructed novel with a dynamism and excitement that make the pages typically cinematic, sliding like the frames of an Indiana Jones film, the eruption of unimaginable twists and the coexistence of Science, Faith , Philosophy, Religion, Art and the Esoteric create the right atmosphere to whet the appetite of readers looking for a good adventure to read.' Libri di Scriveri
Buy Kindle Version
Buy Paperback Version 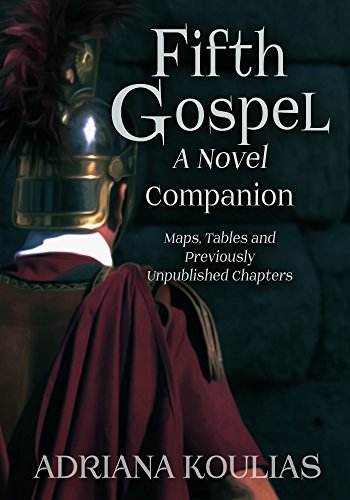 The Official Companion book to Fifth Gospel a Novel - Amazon International Best Seller. It includes 31 never before published chapters from the original manuscript, maps, tables and a comprehensive glossary all originally intended for the book.
Buy Kindle Version 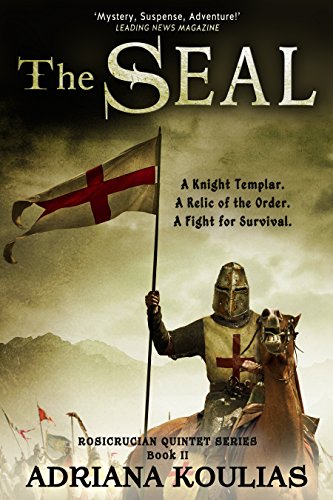 This Best Seller from critically acclaimed Australian Author Adriana Koulias has been translated into four languages and is a must for history buffs and Templar fans. A Templar Knight...a relic of the Order...a fight for survival. It is the year 1307 and the ancient Order of the Knights of Christ and the Temple of Solomon is in grave danger. The King of France and Pope Clement V are plotting its destruction and scheming to appropriate the Order's most sacred and dangerous secret. This is taken away by Etienne de Congost, a battle-weary but incorruptible man who flees through a world in ruin, dodging plots and papal spies in a life and death struggle. Will he keep the secret from the evil hands of king and pope? The outcome of Etienne’s desperate journey is discovered 700 years later by a writer who visits Lockenhaus Castle in Austria to research a book on the Templars. Together with an eccentric local woman he begins to untangle the web of destiny that binds them both to the mystery of the Seal. Good Reading Magazine says: Koulias is a beautiful writer who has expertly crafted a tale set in a fascinating time in history and made it relevant to our lives today.
Buy Kindle Version
Buy Paperback Version 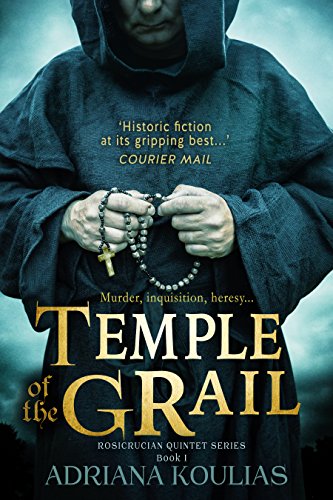 This Best Seller translated into four languages is a smouldering, menacingly delightful whodunnit for history buffs and lovers of the genre. Murder, Inquisition, Heresy... France, 1254 High on a mountain in the Pyrenees, the monastery of St Lazarus is a forbidding place. Behind its ramparts and battlements heretical acts are said to take place and there is the rumour of a secret - a secret so dangerous that its keepers will kill to keep it hidden. At the end of a bitter winter, a delegation headed by the ambitious Inquisitor Rainiero Sacconi arrives to investigate the monastery. Andre, a Knight of the Templar Order, and his young scribe, Christian de St Armand, are accompanying the inquiry. When monks begin to die in macabre circumstances they are drawn into solving the hideous crimes but if they stumble upon the secret of St Lazarus it will turn into a fight, not only for their lives, but also for their souls. 'This is historical fiction at its gripping best.' Courier Mail. 'Not only did I find this book tantalising, engaging and thought provoking – it allowed me the rare indulgence of reading something I was not going to rush through, finish and quickly move onto something else...I was extremely impressed with this secret little gem of a book, and I know anyone looking to read something dense with emotion, imagery and imagination will not be let down.' The Blurb. 'Finally! A well written, thoughtful murder mystery! Monks, murders, knights, inquisitors and a cracker ending!' Goodreads
Buy Kindle Version
Buy Paperback Version
Scroll to top