Alasdair Duncan (born 22 November 1982) is an author and journalist, based in Brisbane on the east coast of Australia. He wrote for the weekly music magazine Rave, where he published interviews with Cut Copy, LCD Soundsystem, M.I.A. and Soulwax, and is a currently a contributor to The Brag and Beat magazines.

Duncan is the author of the novel "Sushi Central", which was published under the title "Dance, Recover, Repeat" in the U.S. by MTV Books. His second novel, Metro, was published in Australia in August 2006, and was released in the UK by Burning House Books in February 2008.[1]

Since 2008, Duncan has been a member of the judging panel for the State Library of Queensland's Young Writers Award 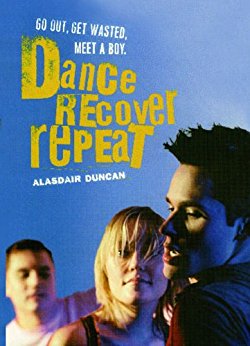 From an edgy new voice comes a frenetic novel about boredom, porn, and pills. Brandishing a unique, comic worldview, Alasdair Duncan assembles a surprising, devastating narrative using dialogue, emails, Internet chats, fantasies, notebook entries, blips from video games, and more. Calvin is sixteen and bored with suburban life. But in the city, things are altogether more exciting. It's there that Calvin meets Anthony -- and the two boys quickly become obsessed with each other. Then Calvin discovers pictures of Anthony on a pornographic website and is drawn into his new friend's seedy underworld. Just as he's discovering what's like when first love meets first sex, when friendship meets lust, and when love meets loss, his teen angst morphs into full-on self-destructivness...and puts him on the path to an absolutely shocking series of events. With total command of the world he creates for his characters -- in which the computer is just another pill you can pop, another way to run and hide, like drinking or drugging or having sex -- Alsdair Duncan makes an auspicious debut.
Buy Kindle Version
Buy Paperback Version
Scroll to top