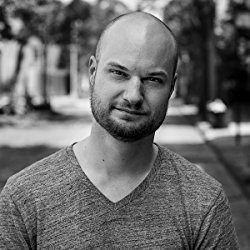 Alex Palmer is the author of the New York Times Bestseller The Santa Claus Man: The Rise and Fall of a Jazz Age Con Man and the Invention of Christmas in New York, called "Engaging...intriguing...highly recommended for history fans" by Library Journal and "highly readable" by Publishers Weekly. It tells the history of Christmas in America through the true-crime tale of a Jazz Age hustler who founded an organization to answer children's Santa letters -- and fuel his own dark dreams.

Palmer is also the author of Weird-o-pedia: The Ultimate Collection of Surprising, Strange, and Incredibly Bizarre Facts About (Supposedly) Ordinary Things, published in 2012, offering up a wealth of unexpected facts of familiar things. His first book, Literary Miscellany: Everything You Always Wanted to Know About Literature, takes a look at some of the more colorful aspects of great writers and their works, and was published in 2010.

He is a full-time freelance journalist whose work has appeared in Esquire, Slate, Smithsonian, Mental Floss, Vulture, the New York Daily News, Publishers Weekly, and The Rumpus, among others. 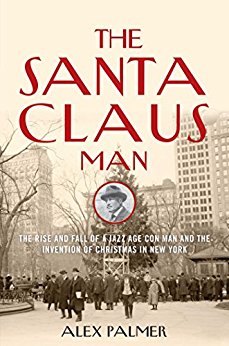 The Santa Claus Man: The Rise and Fall of a Jazz Age Con Man and the Invention of Christmas in New York

New York Times Bestseller #1 Amazon Bestseller - True Crime #1 Amazon Bestseller - Christmas . Before the charismatic John Duval Gluck, Jr. came along, letters from New York City children to Santa Claus were destroyed, unopened, by the U.S. Post Office. Gluck saw an opportunity, and created the Santa Claus Association. The effort delighted the public, and for 15 years money and gifts flowed to the only group authorized to answer Santa's mail. Gluck became a Jazz Age celebrity, rubbing shoulders with the era's movie stars and politicians, and even planned to erect a vast Santa Claus monument in the center of Manhattan -- until Gotham's crusading charity commissioner discovered some dark secrets in Santa's workshop. The rise and fall of the Santa Claus Association is a caper both heartwarming and hardboiled, involving stolen art, phony Boy Scouts, a kidnapping, pursuit by the FBI, a Coney Island bullfight, and above all, the thrills and dangers of a wild imagination. It's also the larger story of how Christmas became the extravagant holiday we celebrate today, from Santa's early beginnings in New York to the country's first citywide Christmas tree and Macy's first grand holiday parade.The Santa Claus Man is a holiday tale with a dark underbelly, and an essential read for lovers of Christmas stories, true crime, and New York City history.
Buy Kindle Version
Buy Hardback Version
Scroll to top