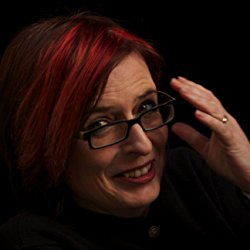 Alison Croggon is the award winning author of the acclaimed fantasy series The Books of Pellinor, named a Top Ten Teen Read by Amazon in 2005. You can sign up to her monthly newsletter and receive a free Pellinor story at alisoncroggon.com.
The latest Pellinor book, The Bone Queen, was a 2016 Aurealis Awards Best Young Adult Book finalist. Other fantasy titles include Black Spring (shortlisted for the Young People's Writing Award in the 2014 NSW Premier's Literary Awards) and The River and the Book, winner of the Wilderness Society's prize for Environmental Writing for Children.
She is a prize-winning poet, and has released seven collections of poems. As a critic she was named Geraldine Pascall Critic of the Year in 2009. She also writes opera libretti, and the opera she co-wrote with Iain Grandage was Vocal/Choral Work of the Year in the 2015 Art Music Awards. Her libretto for Mayakovsky, score by Michael Smetanin, was shortlisted in the Drama Prize for the 2015 Victorian Premier's Literary Awards. She lives in Melbourne. 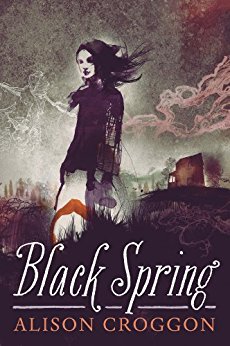 In a savage land sustained by wizardry and ruled by vendetta, Lina is the enchanting but willful daughter of a village lord. She and her childhood companion, Damek, have grown up privileged and spoiled, and they’re devoted to each other to the point of obsession. But Lina’s violet eyes betray her for a witch, and witches are not tolerated in a brutally patriarchal society. Her rank protects her from persecution, but it cannot protect her from tragedy and heartbreak. An innocent visitor stands witness to the devastation that ensues as destructive longing unleashes Lina’s wrath, and with it her forbidden power. Whether drawn by the romantic, the magical, or the gothic, readers will be irresistibly compelled by the passion of this tragic tale.
Buy Kindle Version
Buy Paperback Version
Buy Hardback Version

After being seduced into sorcery by an agent of the Dark, the promising Bard Cadvan of Lirigon recklessly unleashed the terrible Bone Queen, bringing destruction down upon Annar. Cast out of the Schools of Barding for his crime, Cadvan now lives in exile, burdened by memories of his dealings with the Dark. At his former home, Cadvan’s mentor, Nelac, and his rival, Dernhil, begin to suspect that the Bone Queen may yet lurk in Annar, and a young Bard named Selmana is plagued by an ominous presence and an unsettling new ability to step between worlds. With darkness gathering and Bards giving in to fear and paranoia, a guilt-ridden Cadvan must once again earn the Bards’ trust and Selmana must gain control of her newfound powers if they are to bring peace to the living and the dead. Fans of the Books of Pellinor will savor this glimpse into Cadvan’s past, and readers new to Alison Croggon’s intricately built world will relish The Bone Queen as a stand-alone epic of light, dark, magic, and redemption.
Buy Kindle Version
Buy Paperback Version
Buy Hardback Version 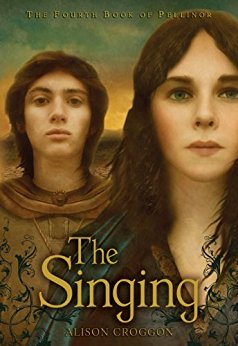 In an increasingly battle-ravaged land, Maerad, Cadvan, and Hem desperately search for one another as they make their separate journeys. The Black Army is advancing north, and even as Maerad faces a mighty confrontation with the Landrost to save Innail, all of the Seven Kingdoms are threatened with bitter and devastating defeat. Yet in Maerad and Hem lives the secret to the mysterious Singing, and legend holds that if they release the music of Elidhu together, they have the power to defeat the Nameless One. Can brother and sister find each other in time to fight this all-powerful enemy, and are they strong enough -- even reunited -- to defeat him before all is lost?
Buy Kindle Version
Buy Paperback Version
Buy Hardback Version 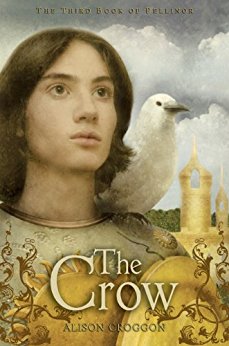 Hem is a weary orphan whose struggle for survival ends when he is reunited with his lost sister, Maerad. But Maerad has a destiny to fulfill, and Hem is sent to the golden city of Turbansk, where he learns the ways of the Bards and befriends a mysterious white crow. When the forces of the Dark threaten, Hem flees with his protector, Saliman, and an orphan girl named Zelika to join the Light’s resistance forces. It is there that Hem has a vision and learns that he, too, has a part to play in Maerad’s quest to solve the Riddle of the Treesong. As The Crow continues the epic tale begun with The Naming and The Riddle, Alison Croggon creates a world of astounding beauty overshadowed by a terrifying darkness, a world where Maerad and Hem must prepare to wage their final battle for the Light.
Buy Kindle Version
Buy Paperback Version
Buy Hardback Version 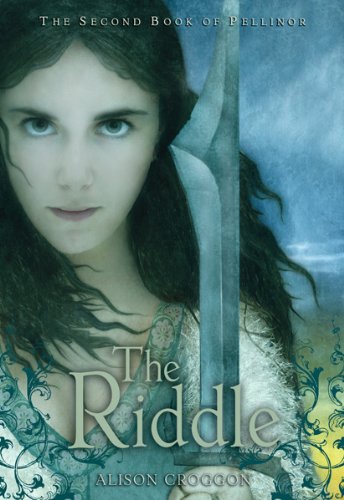 Maerad is a girl with a tragic past, but her powers grow stronger by the day. Now she and her mentor, Cadvan, hunted by both the Light and the Dark, must unravel the Riddle of the Treesong before their kingdom erupts in chaos. The quest leads Maerad over terrifying seas and glacial wilderness, until she is trapped in the icy realm of the seductive Winterking. There, Maerad must confront what she has suspected all along: that she is the greatest riddle of all.
Buy Kindle Version
Buy Paperback Version
Buy Hardback Version 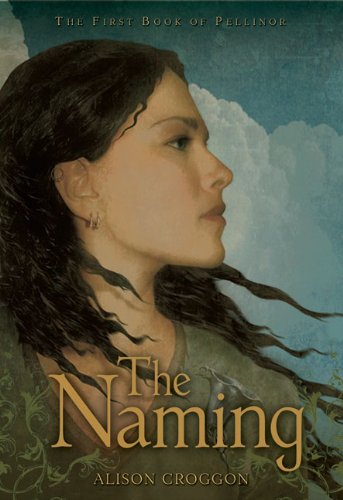 Maerad is a slave in a desperate and unforgiving settlement, taken there as a child when her family is destroyed in war. She doesn't yet know she has inherited a powerful gift, one that marks her as a member of the noble School of Pellinor and enables her to see the world as no other can. It is only when she is discovered by Cadvan, one of the great Bards of Lirigon, that her true identity and extraordinary destiny unfold. Now, she and her mysterious teacher must embark on a treacherous, uncertain journey through a time and place where the forces of darkness wield an otherworldly terror. The first book in a projected quartet, Alison Croggon's epic about Maerad and her remarkable yet dangerous gift is a beautiful, unforgettable tale. Presented as a new translation of an ancient text, THE NAMING evokes the rich and complex landscape of Annar, a legendary world just waiting to be discovered.
Buy Kindle Version
Buy Paperback Version
Scroll to top