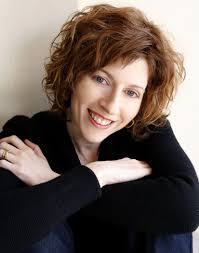 Alison Goodman lives in Australia with her husband and their Machiavellian Jack Russell Terrier, Xander. Her latest book is The Dark Days Pact, the second in a trilogy of historical/supernatural novels which Alison calls Pride and Prejudice meets Buffy (or Georgette Heyer goes demon hunting!). She is happily learning how to dance a quadrille, hoist herself into boned stays, and handle a small-sword...all in the name of research.
Alison is also the author of the first book in the Lady Helen series, The Dark Days Club, and New York Times Bestsellers, EON and EONA (also known as The Two Pearls of Wisdom and The Necklace of the Gods). The award winning fantasy duology is set in a mythical China and has sold into 18 countries, and translated into 11 languages.
Alison's other novels are the SF thriller, Singing the Dogstar Blues, and her wickedly dark adult crime novel, A New Kind of Death, which has just been re-released as a Kindle e-book. Her artist husband painted the cover, which is - Alison says without any bias, whatsoever - totally brilliant and the best cover she has ever had on any of her books. 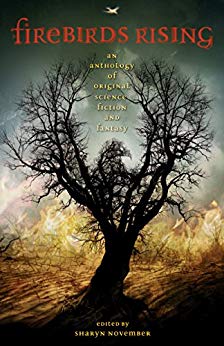 Firebirds Rising: An Anthology of Original Science Fiction and Fantasy

Here is the eagerly anticipated follow-up to the award-winning anthology Firebirds! Firebirds Rising takes readers from deep space to Faerie to just around the corner. It is full of magic, humor, adventure, and?best of all?the unexpected. The one thing readers can count on is marvelous writing. Firebirds Rising proves once again that Firebird is a gathering place for writers and readers of speculative fiction from teenage to adult, from the United States to Europe, Asia, and beyond.
Buy Kindle Version
Buy Paperback Version
Buy Hardback Version 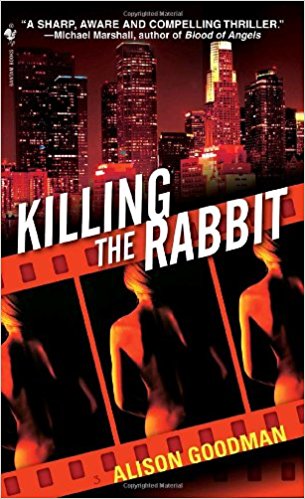 Murder is the main attraction in this dark and wickedly comic new thriller that follows a young indie filmmaker on her way to fame, fortune, and a shoot-out to the death. Hannie Reynard landed every aspiring filmmaker’s dream: a hefty grant to make her documentary Freaks or Frauds. But the groundbreaking film that was supposed to launch Hannie’s career may kill her first. Blowing the grant money on a lost weekend in Paris was bad enough, but now the “stars” of her film–women who share a unique genetic trait–have stopped talking…and started disappearing. Coupled with a burned-out ex-classmate hitching his own hopes for a comeback to her project, Hannie finds herself the unlikely co-star of a movie that will never be made if a very powerful someone has anything to say about it. For Hannie is already in the crosshairs of his chief “cameraman”–a ruthlessly unconventional hit man who never misses a lethal shot.
Buy Paperback Version 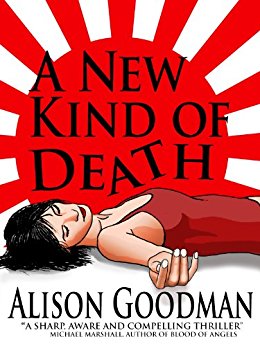 A New Kind of Death

Shooting your first film can be murder… Hannie Reynard has landed every aspiring filmmaker’s dream: a hefty grant to make her documentary, "Freaks or Frauds." But the groundbreaking film that is meant to launch Hannie’s career may kill her first. Blowing the grant money on a lost weekend in Paris was bad enough, but now the ‘stars’ of her film – women who share a unique genetic trait – have stopped talking…and started disappearing. Blackmailed into accepting a burned out colleague as her cameraman, Hannie follows a perilous trail that leads her and her crew toward a powerful puppet master with a deadly obsession. But closing in on them all is a ruthless hitman with a lethal shooting schedule of his own…
Buy Kindle Version 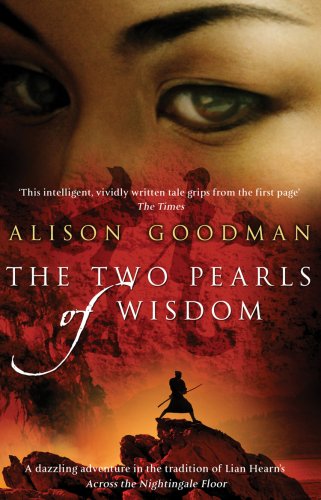 The Two Pearls of Wisdom

Under the harsh regime of an ambitious master, candidate Eon is training to become a Dragoneye - a powerful Lord able to master wind and water to protect the land. But Eon also harbours a desperate secret... Eon is, in fact, Eona, a young woman who has endured years of disguise as a boy for the chance to practice the Dragoneye's Art. In a world where women are only hidden wives or servants, Eona's dangerous deception is punishable by death. Still in disguise, Eona's unprecedented talent thrusts her into the centre of a lethal struggle for the Imperial throne. Summoned by the Emperor to the opulent and treacherous Court, Eona must learn to trust her power and find the strength to face a vicious enemy who would seize her magic . . . and her life. Inspired by ancient Chinese lore and sharing the wonders of films such as Crouching Tiger, Hidden Dragon, this thrilling novel is set in a brilliantly envisioned world where both appearances and loyalties can prove so very deceptive...
Buy Kindle Version
Buy Paperback Version 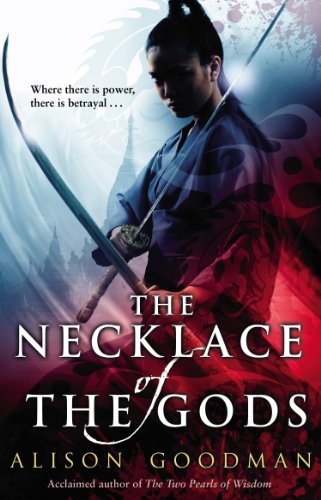 Necklace of the Gods

Once she was Eon, a girl disguised as a boy, who risked her life to become a Dragoneye apprentice. Now she is Eona - one of just two surviving Dragoneyes - on the run and yet supposedly her country's saviour. And Eona is hiding another, more dangerous secret...she cannot control her power. When she tries to bond with her Dragon, the anguish of the ten spirit beasts whose Dragoneyes were murdered surges through her and she becomes a terrible killing force. As the malign High Lord Sethon strives to create a potent weapon, Eona faces assassins, savage battles, jealousy, betrayal and the heartbreaking truth about herself as she fights to help the Pearl Emperor's true heir inherit the throne. Can she contain the darkness that seethes within her? One wrong move could obliterate them all? Against a backcloth of dazzling swordplay, ruthless power struggles and exotic, arcane lore, unfurls this thrilling story of a young warrior who must find the courage to tread the razor line between what is true and what is just.
Buy Kindle Version
Buy Paperback Version 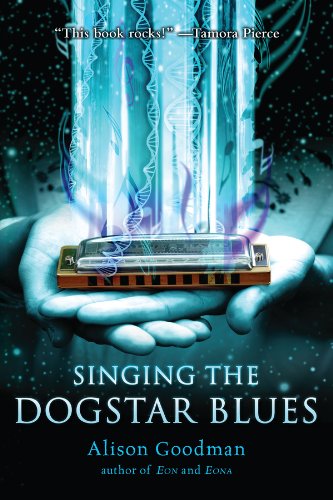 Seventeen-year-old Joss is a rebel, and a student of time travel at the prestigious Centre for Neo-Historical Studies. This year, for the first time, the Centre has an alien student: Mavkel, from the planet Choria. And Mavkel has chosen Joss, of all people, as his roommate and study partner. Then Mavkel gets sick. Joss quickly realizes that his will to live is draining away. The only way she can help Mavkel is by breaking the Centre's strictest rules - and that means going back in time to change history. This new Firebird edition of Alison Goodman's acclaimed first genre-bending adventure features a short story about Joss and Mav's after-book adventures, originally published in Firebirds Rising.
Buy Kindle Version
Buy Paperback Version
Buy Hardback Version 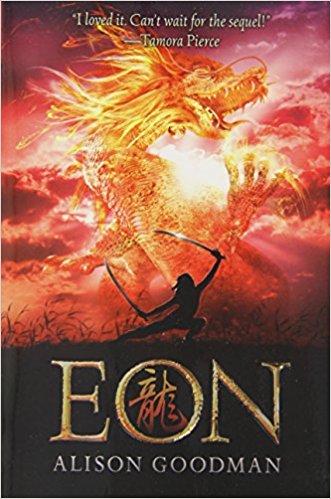 Eon: Rise of the Dragoneye

Sixteen-year-old Eon has a dream, and a mission. For years, he's been studying sword-work and magic, toward one end. He and his master hope that he will be chosen as a Dragoneye-an apprentice to one of the twelve energy dragons of good fortune. But Eon has a dangerous secret. He is actually Eona, a sixteen-year-old girl who has been masquerading as a twelve-year-old boy. Females are forbidden to use Dragon Magic; if anyone discovers she has been hiding in plain sight, her death is assured. When Eon's secret threatens to come to light, she and her allies are plunged into grave danger and a deadly struggle for the Imperial throne. Eon must find the strength and inner power to battle those who want to take her magic...and her life.
Buy Kindle Version
Buy Paperback Version 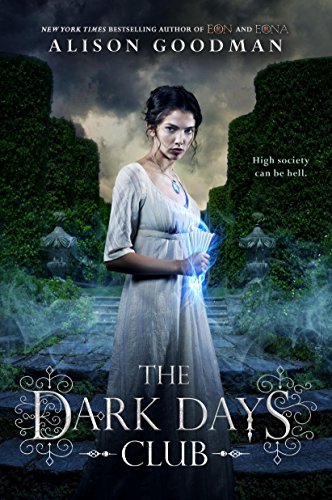 London, April 1812. On the eve of eighteen-year-old Lady Helen Wrexhall's presentation to the queen, one of her family's housemaids disappears-and Helen is drawn into the shadows of Regency London. There, she meets Lord Carlston, one of the few who can stop the perpetrators: a cabal of demons infiltrating every level of society. Dare she ask for his help, when his reputation is almost as black as his lingering eyes? And will her intelligence and headstrong curiosity wind up leading them into a death trap?
Buy Kindle Version
Buy Paperback Version
Buy Hardback Version 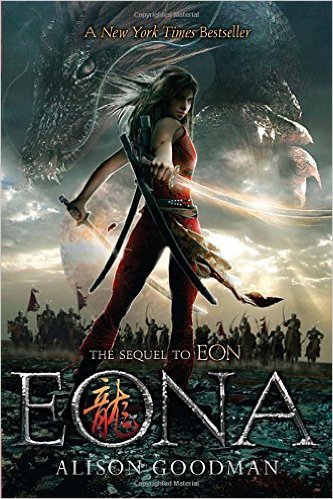 Once she was Eon, a girl disguised as a boy, risking her life for the chance to become a Dragoneye apprentice. Now she is Eona, the Mirror Dragoneye, her country's savior - but she has an even more dangerous secret. She cannot control her power. Each time she tries, it twists into a killing force. And more destruction is on her trail - High Lord Sethon's army. She and her companions must find Kygo, the young Pearl Emperor, who needs Eona's power if he is to wrest back his throne. But to help him, she must drive a dark bargain with an old enemy, which could obliterate them all. Eona, with its pulse-pounding drama, unforgettable fight scenes, sizzling tension - and many surprises - brings to a close an epic story.
Buy Paperback Version
Buy Hardback Version 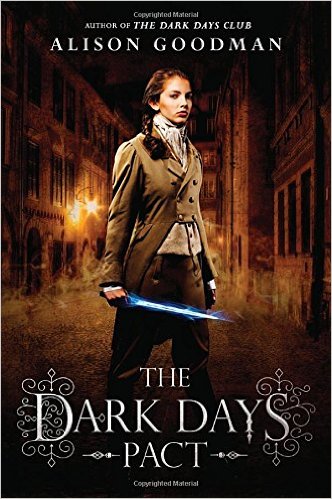 Summer, 1812. After the scandalous events at her presentation ball in London, Lady Helen has taken refuge at the fashionable seaside resort of Brighton, banished from her family and training as a Reclaimer with the covert Dark Days Club. She must learn to fight the dangerous energy-wielding Deceivers and prepare to face their master, the elusive Grand Deceiver. As she struggles to put aside her genteel upbringing, Helen realizes that her mentor, Lord Carlston, is fighting his own inner battle. Has the foul Deceiver energy poisoned his soul, or is something else driving him towards violent bouts of madness? Either way, Helen is desperate to help the man with whom she shares a deep but forbidden connection. When Mr. Pike, the hard bureaucratic heart of the Dark Days Club, arrives in Brighton, he has a secret mission for Helen: find the journal left by a mad rogue Reclaimer, before it falls into the hands of the Deceivers. Coerced by Pike, Helen has no choice but to do as ordered, knowing that the search for the journal may bring about Lord Carlston’s annihilation.
Buy Kindle Version
Buy Hardback Version
Scroll to top