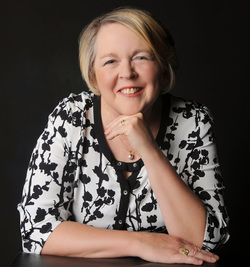 Born in Africa in the dying days of the British Empire, at the age of ten Alison Stuart moved to Australia. After a long and varied career as a lawyer, including stints with the military and fire services, Alison turned to her first passion, history. Many of her stories have been shortlisted for international awards and she is loved by her readers for her ability to bring history to life. 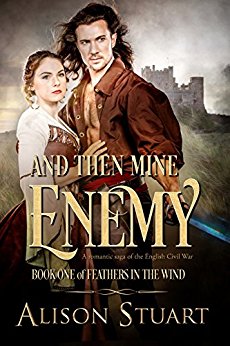 And Then Mine Enemy: A Romantic Saga of the English Civil War (Feathers in the Wind Book 1)

England 1642: Hardened mercenary, Adam Coulter returns to England sickened by violence, seeking only peace, but he finds England on the brink of civil war. He has seen first hand what that will mean for every man, woman and child and wants no part of it. King or Parliament? Neutrality is not an option and Adam can only be true to his conscience, not the dictates of his family. Having escaped a violent marriage, Perdita Gray has found much needed sanctuary and the love of a good man, but her fragile world begins to crumble as Adam Coulter bursts into her life. This stranger brings not only the reality of war to her doorstep but reignites an old family feud, threatening everything and everyone she holds dear. As the war and the family tensions collide around them, Adam and Perdita are torn between old loyalties and a growing attraction that must be resisted.
Buy Kindle Version 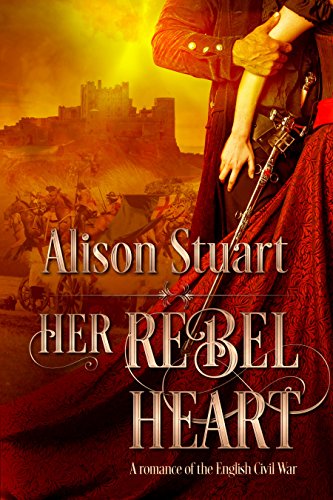 Her Rebel Heart: A romance of the English Civil War

England 1643: Deliverance Felton has been left to defend her home, Kinton Lacy Castle in a time of civil war. She can shoot and wield a sword as well as any man and anything she needs to know about siege warfare she has learned from a book...but no book can prepare her for what is to come. Everything Captain Luke Collyer knows about siege warfare - and women - he has learned from experience. When he is sent by Sir John Felton to defend Kinton Lacy Castle against the Royalists, he will be up against a formidable force. He had not reckoned on that force being Sir John’s daughter, Deliverance. Deliverance will not give up her command lightly and Luke will have to face a challenge to his authority as fierce as the cavalier foe outside the walls. As betrayal surfaces, they must learn to trust each other and uncover the traitor within the castle walls before it is too late for the castle... or their hearts.
Buy Kindle Version
Buy Paperback Version 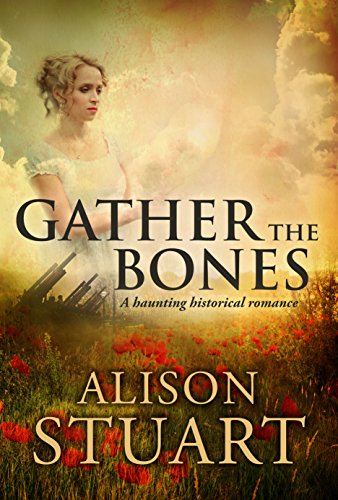 England 1923 and the Great War still casts a dark shadow. Grieving widow, Helen Morrow and her husband’s cousin, the wounded and reclusive Paul, are haunted not only by the horrors of the trenches but ghosts from another time and another conflict. The desperate voice of a young woman reaches out to them from the pages of a coded diary and Paul and Helen are bound together in their search for answers, not only to the old mystery but also the circumstances surrounding the death of Helen’s husband at Passchandaele in 1917. As the two stories become entwined, Paul and Helen will not find peace or happiness until the mysteries are solved.
Buy Kindle Version
Buy Paperback Version 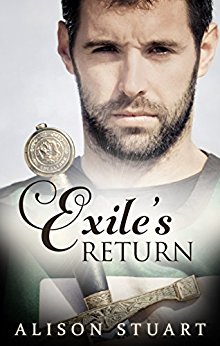 Exile's Return (Guardians of the Crown)

The breath-taking conclusion to Alison Stuart's English Civil War trilogy introduces a heroine with nothing left to lose and a hero with everything to gain. England, 1659: Following the death of Cromwell, a new king is poised to ascend the throne of England. One by one, those once loyal to the crown begin to return ... Imprisoned, exiled and tortured, fugitive Daniel Lovell returns to England, determined to kill the man who murdered his father. But his plans for revenge must wait, as the King has one last mission for him. Agnes Fletcher's lover is dead, and when his two orphaned children are torn from her care by their scheming guardian, she finds herself alone and devastated by the loss. Unwilling to give up, Agnes desperately seeks anyone willing to accompany her on a perilous journey to save the children and return them to her care. She didn't plan on meeting the infamous Daniel Lovell. She didn't plan on falling in love. Thrown together with separate quests-and competing obligations-Daniel and Agnes make their way from London to the English countryside, danger at every turn. When they are finally given the opportunity to seize everything they ever hoped for, will they find the peace they crave, or will their fledgling love be a final casualty of war?
Buy Kindle Version
Buy Paperback Version 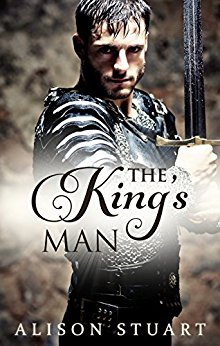 The King’s Man (Guardians of the Crown)

London 1654: Kit Lovell is one of the King's men, a disillusioned Royalist who passes his time cheating at cards, living off his wealthy and attractive mistress and plotting the death of Oliver Cromwell. Penniless and friendless, Thamsine Granville has lost everything. Terrified, in pain and alone, she hurls a piece of brick at the coach of Oliver Cromwell and earns herself an immediate death sentence. Only the quick thinking of a stranger saves her. Far from the bored, benevolent rescuer that he seems, Kit plunges Thamsine into his world of espionage and betrayal - a world that has no room for falling in love. Torn between Thamsine and loyalty to his master and King, Kit's carefully constructed web of lies begins to unravel. He must make one last desperate gamble - the cost of which might be his life.
Buy Kindle Version
Buy Paperback Version 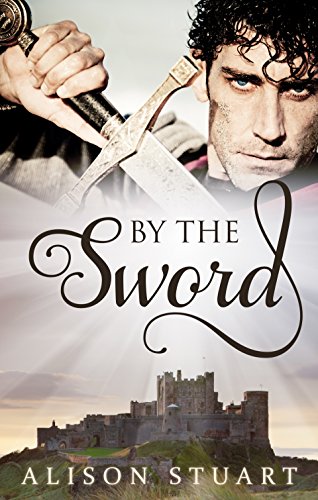 By The Sword (Guardians of the Crown)

England 1650. In the aftermath of the execution of the King, England totters once more on the brink of civil war. The country will be divided and lives lost as Charles II makes a last bid to regain his throne. Kate Ashley finds her loyalty to the Parliamentary cause tested when she inherits responsibility for the estate of the Royalist Thornton family. To protect the people she cares about, she will need all her wits to restore its fortunes and fend off the ever-present threat of greedy neighbours. Jonathan Thornton, exiled and hunted for his loyalty to the King's cause now returns to England to garner support for the cause of the young King. Haunted by the demons of his past, Jonathan risks death at every turn and brings danger to those who love him. Finding Kate in his family home, he sees in her the hope for his future, and a chance at a life he doesn't deserve. In the aftermath of the Battle of Worcester, Jonathan must face his nemesis, and in turn, learn the secret that will change his life forever. But love is fragile in the face of history, and their lives are manipulated by events out of their control. What hope can one soldier and one woman hold in times like these?
Buy Kindle Version
Buy Paperback Version 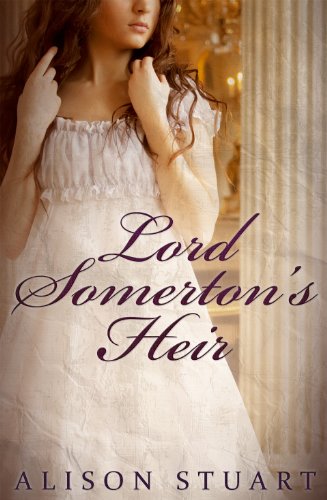 From the battlefield of Waterloo to the drawing rooms of Brantstone Hall, Sebastian Alder’s elevation from penniless army captain to Viscount Somerton is the stuff of dreams. But the cold reality of an inherited estate in wretched condition, and the suspicious circumstances surrounding his cousin’s death, provide Sebastian with no time for dreams — only a mystery to solve and a murderer to bring to justice. Isabel, widow of the late Lord Somerton, is desperate to bury the memory of her unhappy marriage by founding the charity school she has always dreamed of. Except, her dreams are soon shattered from beyond the grave when she is not only left penniless, but once more bound to the whims of a Somerton. But this Somerton is unlike any man she has met. Can the love of an honourable man heal her broken heart or will suspicion tear them apart?
Buy Kindle Version 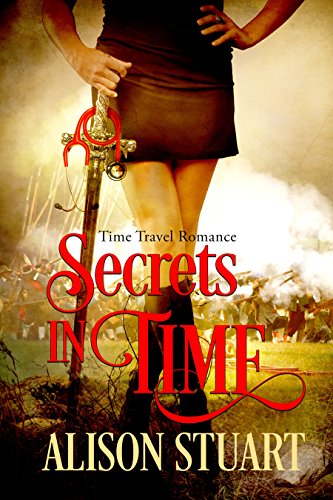 England 1995: Dr. Jessica Shepherd's peaceful summer afternoon is shattered by the abrupt arrival of a wounded soldier claiming to be from the seventeenth century. If he is to be believed, Nathaniel Preston has crossed three hundred years bringing with him the turmoil of civil war and a request for help that Jess can’t ignore. Falling in love with this dashing cavalier is destined to end in heartbreak as Jess discovers the price of his love is the knowledge that he will die in battle in just a few short days. Can their love survive a bloody battle…and overcome time?
Buy Kindle Version
Buy Paperback Version
Scroll to top