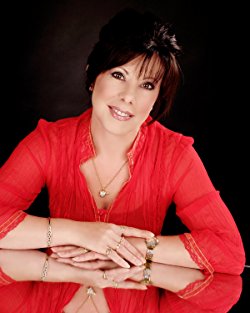 Allison Butler is an author of Scottish historical romance. She spent her early years in country NSW building pretend castles with hay bales and leaping white posts with her army of two older sisters and a younger brother. Many years later, with her mother's influence, she discovered a passion for words and history, read her first historical romance and was inspired to write her own. She writes in the morning and cares for the elderly in the afternoon. Her love of travel has given her the gift of many amazing sights but none more heart-stirring than the rugged beauty of Scotland. Allison lives in a small town in NSW, Australia, with her very own Scottish hero and a Jack Russell named Wallace. Their two beautiful daughters have left the nest to begin their own adventures. Allison loves travelling, taking photos, dancing like no-one's watching and seeing the sights from the back of her husband's motorcycle. 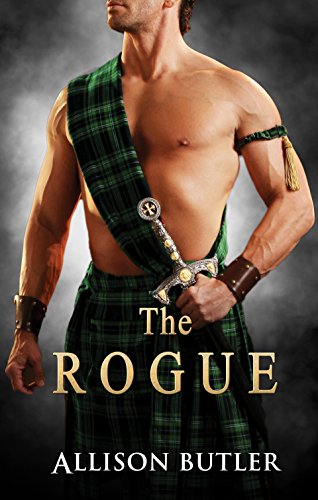 Lowlander Adair has more charm and wit than any one man has a right to, despite being abandoned by his mother when only four. Granted one year’s leave from his duties to the Elliot Clan, Adair travels to the Highlands in search of kith and kin, enjoying whichever women catch his eye along the way. But no one can hold him, and he always leaves the next morning. Until he is beaten senseless and wakes to find his wounds being tended by a red-headed, emerald-eyed beauty who has him questioning his roguish ways. Orphaned at birth, Keila Fearn spent her early years being shuffled from one relative to the next. But at the age of ten, Keila’s greatest wish is granted when she is given Drummin House by Euphemia I, Countess of Ross, a woman she has never met. The only rule? She can never wed, or the house will revert back to the Earl of Buchan. The idea of marriage has never appealed, so Keila works hard to remain self-sufficient and does everything possible to keep her home. She is content with her life and needs nothing more, until the battered stranger left on her doorstep shows her that a home is nothing without a heart.
Buy Kindle Version
Buy Paperback Version 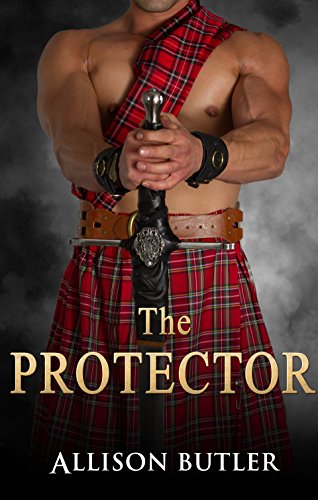 Heiress of clan Gordon, Mairi has been given a gift: the choice of her husband. Her father has found three worthy suitors and each is coming to the Keep. She will spend time with every man and make her decision. But love is not a luxury Mairi allows herself: she is driven by duty, driven by the memory of the failure eleven years earlier that cost her father everything. She will choose a worthy husband, one who will serve the clan wisely, and take nothing for herself – especially not the dark-haired stranger tasked with her protection while she makes her decision. Lowlander Duff may not know his origins, but he knows how to wield his sword. Granted one year’s leave from his duties to the Elliot Clan, Duff travels to the Highlands in search of his past. Instead he finds an arrogant beauty in need of rescue. Impressing her father, the head of clan Gordon, he is named her temporary protector and must keep her safe as she is courted by three potential husbands. What Duff doesn’t expect is the low hum of jealousy and the rising wave of attraction that makes protecting Mairi easy, but keeping his distance impossible.
Buy Kindle Version
Buy Paperback Version 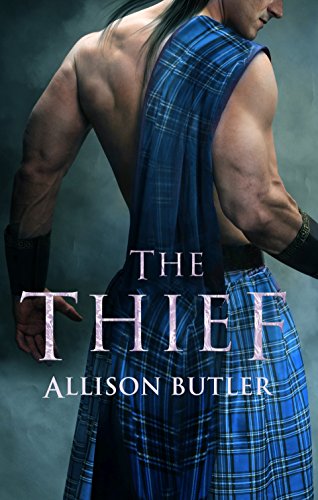 To fulfil his father’s dying wish, Border laird Lachlan Elliot must marry and sire a legitimate heir, cementing his family’s name in the tumultuous borderlands. But his marriage will be one of convenience. Lachlan has no time for the pain and betrayal of love, and his land and position must always come first. So even when the spirited thief he catches stealing his horse turns out to be breathtaking – and appropriate – he vows to marry her, bed her, but never love her. Kenzie never wanted an arranged marriage, but to be forced to wed the domineering laird who catches her thieving from his lands is even worse. Feisty, strong-willed and determined to make her own way, Kenzie may have no choice but to agree to the marriage, but she will never give up her independence. Lachlan may own her body, but he will never own her heart.
Buy Kindle Version
Buy Paperback Version 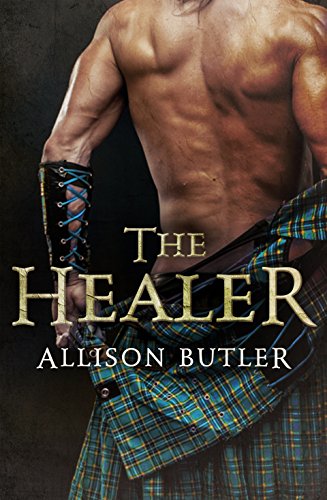 Curb your Outlander cravings with Allison Butler’s seriously sexy Scottish novel about an English woman, a Scottish Laird, a case of mistaken identity and a love that will surpass all barriers. An outcast in her own home for as long as she can remember, Lynelle Fenwick will do anything to earn her father’s approval. Including exaggerating her healing skills, and setting off alone to rescue her step-brother from a band of raiding Scots. Living under a curse that has haunted the Closeburn Clan for years, Laird William Kirkpatrick, will do anything to save his sole surviving brother. He may not believe in curses, but his clan does, and the growing number of graves seems to support their side. Having banished all healers from the clan for trickery, he has no choice but to allow an Englishwoman, claiming to be a skilled healer, into his home and into the room of his wounded brother. Enemies by birth and circumstance, they can only succeed together. But blood runs deep, and tensions high. What matters the desires of a heart?
Buy Kindle Version
Buy Paperback Version
Scroll to top