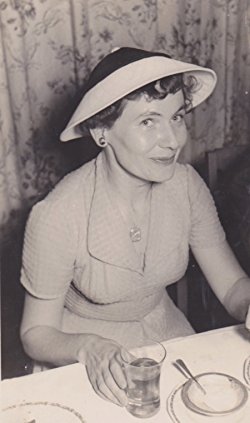 AMY WITTING was the pen name of Joan Austral Fraser, born on 26 January 1918 in the inner-Sydney suburb of Annandale. After attending Fort Street Girls’ High School she studied arts at the University of Sydney. She married Les Levick, a teacher, in 1948 and they had a son. Witting spent her working life teaching, but began writing seriously while recovering from tuberculosis in the 1950s.
Two stories appeared in the New Yorker in the mid-1960s, leading to The Visit (1977), an acclaimed novel about small-town life in New South Wales. Two years later Witting completed her masterpiece, I for Isobel, which was rejected by publishers troubled by its depiction of a mother tormenting her child.
When I for Isobel was eventually published, in 1989, it became a bestseller. Witting was lauded for the power and acuity of her portrait of the artist as a young woman. In 1993 she won the Patrick White Award.
Witting published prolifically in her final decade. After two more novels, her Collected Poems appeared in 1998 and her collected stories, Faces and Voices, in 2000.
Between these volumes came Isobel on the Way to the Corner Shop, the sequel to I for Isobel. Both Isobel novels were shortlisted for the Miles Franklin Award; the latter was the 2000 Age Book of the Year.
Amy Witting died in 2001, weeks before her last novel was published and while she was in the early stages of writing the third Isobel novel. She was made a Member of the Order of Australia and a street in Canberra bears her name. 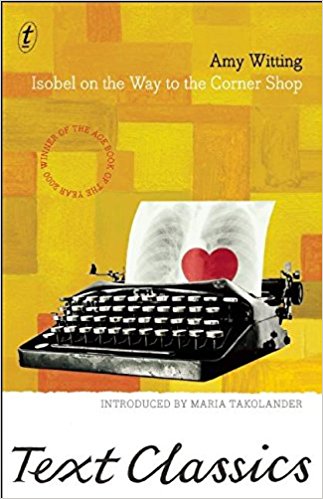 Isobel on the Way to the Corner Shop (Text Classics)

Quietly brilliant…Witting's characterizations are staggeringly sharp—it is hard to imagine a novel more keenly observed—simultaneously heartbreaking and (subtly) hilarious, not because they're exaggerated, but because they are so unsettlingly, overwhelmingly true…A compassionate masterpiece.’—Kirkus (starred review) Isobel Callaghan is struggling to survive as a writer. She is isolated, poor and hungry. Leaving her boarding house in search of food, she has a breakdown on the way to the corner shop. Waking in the hospital, Isobel learns that she will be confined to a sanatorium. There, among the motley patients, and with the aid of great works of literature, she confronts the horrors of her past. But can she find a way to face the future? Confronting and compassionate, profound and funny, the second Isobel novel confirmed Amy Witting as one of the finest Australian writers of her time.
Buy Kindle Version
Buy Paperback Version
Scroll to top