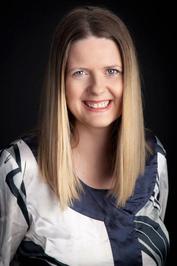 Andrea Drew has been a commercial copy writer and resume writer for over a decade.

She's written for celebrity stylists, assisted business coaches and start-ups, written grants for not for profits, delivered marketing presentations to business owners, and attends Australian writing conventions.
Her self-published book "Pro Resumes Made Easy" has been downloaded over 40,000 times.

Andrea has one husband (more than enough), three kids, a pet rock (her daughters not hers), and a house in the suburbs, where she's hard at work on the second novel in the Gypsy series. 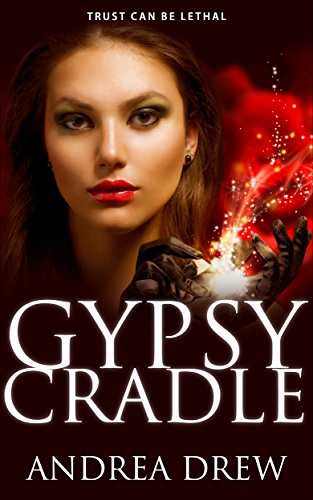 Fatal Attraction Meets the Sixth Sense Eleven months after saving herself from an obsessed killer, Gypsy Shields is enjoying her normal life again—or what passes for normal for a psychic. Abruptly, her newfound peace is disturbed by a strange vision. An eerie little girl named Isabella appears before a rocking cradle with disturbing news. Connor, Gypsy’s boyfriend, is a Sentinel meant to protect her and other psychics. But can he protect his own niece when she’s put in danger by someone she trusts? Connor’s family has too many painful secrets, and Gypsy’s already meddled with them too much. Now they won’t heed her warnings. Trying to rescue them regardless will strain Gypsy’s relationship with every one of them—including Connor himself. Even if, with Isabella’s help, she can save an innocent woman’s life, she may lose the love of her own. Praise for Andrea Drew: ˃˃˃ "A Master Story Teller" "What a magnificent suspense! This author is a true master of story telling! I read this book all the way through in one sitting, it was just that good! I really had a hard time putting it down " Holly Newhouse-Guidry - Eternal Book Reviews and best-selling author of the Twin Souls Trilogy ˃˃˃ "Unusually well honed skills for a debut fiction author" "Andrea shows that she has skills that are unusually well honed for a debut fiction novel. She is able to propel a plot at times breathlessly while retaining that gift to insert comic relief to allow time for the reader to rev up for the continuing investigation. Skills such as these are rarely so well developed in a debut novel and this suggests (or assures) that Andrea Drew has found a vibrant new niche." Grady Harp, Amazon Top 100 Reviewer and member of The Vine Voice ˃˃˃ "Seat Gripping on the Edge of your Seat book" "Seat gripping on the edge of your seat book! The story line will take you far and beyond what you think when you first start reading this book! It will keep you turning the pages and trying to figure out who and what happens with Gypsy. This will keep you wandering and guessing what the deal is with Connor and how these two will end up. If you haven't read this book yet, you don't want to miss out! Grab your copy or add to your goodreads list! This is one heck of a read!" Peggy Salkill, Undercover Book Reviews
Buy Kindle Version
Buy Paperback Version
Scroll to top