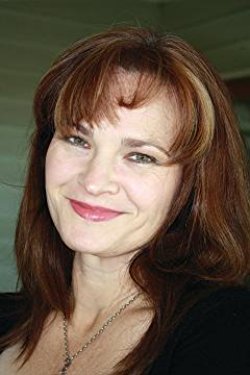 Angela Slatter is the author of the urban fantasy novels Vigil (2016) and Corpselight (2017), as well as eight short story collections, including The Girl with No Hands and Other Tales, Sourdough and Other Stories, The Bitterwood Bible and Other Recountings, and A Feast of Sorrows: Stories. She has won a World Fantasy Award, a British Fantasy Award, a Ditmar, and six Aurealis Awards.
Angela’s short stories have appeared in Australian, UK and US Best Of anthologies such The Mammoth Book of New Horror, The Year’s Best Dark Fantasy and Horror, The Best Horror of the Year, The Year’s Best Australian Fantasy and Horror, and The Year’s Best YA Speculative Fiction. Her work has been translated into Bulgarian, Russian, Spanish, Japanese, Polish, and Romanian. Victoria Madden of Sweet Potato Films (The Kettering Incident) has optioned the film rights to one of her short stories.
She has an MA and a PhD in Creative Writing, is a graduate of Clarion South 2009 and the Tin House Summer Writers Workshop 2006, and in 2013 she was awarded one of the inaugural Queensland Writers Fellowships. In 2016 Angela was the Established Writer-in-Residence at the Katharine Susannah Prichard Writers Centre in Perth.
Her novellas, Of Sorrow and Such (from Tor.com), and Ripper (in the Stephen Jones anthology Horrorology, from Jo Fletcher Books) were released in October 2015.
The third novel in the Verity Fassbinder series, Restoration, will be released in 2018 by Jo Fletcher Books (Hachette International). She is represented by Ian Drury of the literary agency Sheil Land for her long fiction, by Lucy Fawcett of Sheil Land for film rights, and by Alex Adsett of Alex Adsett Publishing Services for illustrated storybooks. 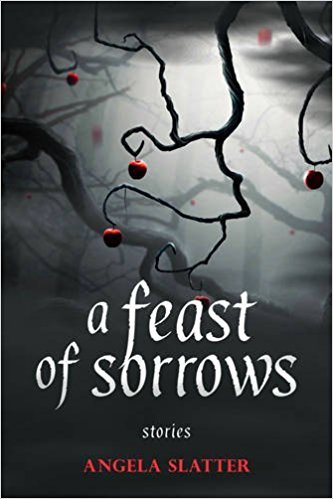 A Feast of Sorrows: Stories

A Feast of Sorrows―Angela Slatter’s first U.S. collection―features twelve of the World Fantasy and British Fantasy Award-winning Australian author’s finest, darkest fairy tales, and adds two new novellas to her marvelous cauldron of fiction. Stories peopled by women and girls―fearless, frightened, brave, bold, frail, and fantastical―who take the paths less traveled by, accept (and offer) poisoned apples, and embrace transformation in all its forms. Reminiscent of Angela Carter at her best, Slatter’s work is both timeless and fresh: fascinating new reflections from the enchanted mirrors of fairy tales and folklore.
Buy Kindle Version
Buy Paperback Version 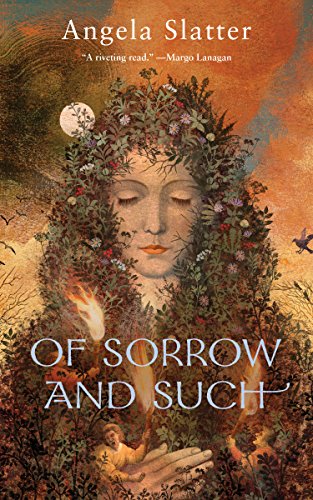 Of Sorrow and Such

Mistress Gideon is a witch. The locals of Edda's Meadow, if they suspect it of her, say nary a word-Gideon has been good to them, and it's always better to keep on her good side. Just in case. When a foolish young shapeshifter goes against the wishes of her pack, and gets herself very publicly caught, the authorities find it impossible to deny the existence of the supernatural in their midst any longer; Gideon and her like are captured, bound for torture and a fiery end. Should Gideon give up her sisters in return for a quick death? Or can she turn the situation to her advantage?
Buy Kindle Version
Buy Paperback Version 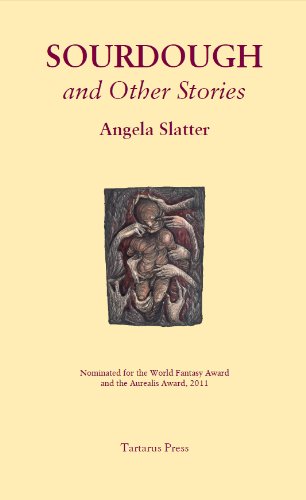 Sourdough and Other Stories

In the cathedral-city of Lodellan and its uneasy hinterland, babies are fashioned from bread, dolls are given souls and wishes granted may be soon regretted. There are ghosts who dream, men whose wings have been clipped and trolls who long for something other. Love, loss and life are elegantly dissected in Slatter's earthy yet poetic prose.
Buy Kindle Version
Buy Paperback Version
Buy Hardback Version 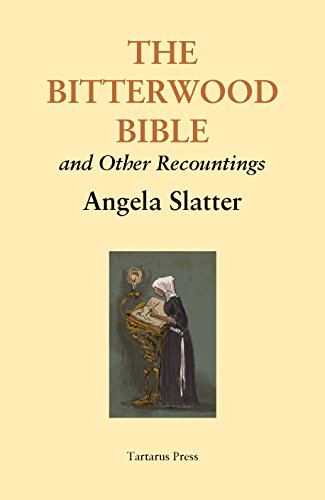 The Bitterwood Bible and Other Recountings returns to the world of Sourdough and Other Stories (Tartarus, 2010), introducing readers to the tales that came before. Stories where coffin-makers work hard to keep the dead beneath; where a plague maiden steals away the children of an ungrateful village; where poison girls are schooled in the art of assassination; where pirates disappear from the seas; where families and the ties that bind them can both ruin and resurrect and where books carry forth fairy tales, forbidden knowledge and dangerous secrets.
Buy Kindle Version
Buy Paperback Version
Buy Hardback Version 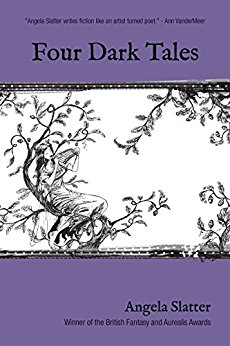 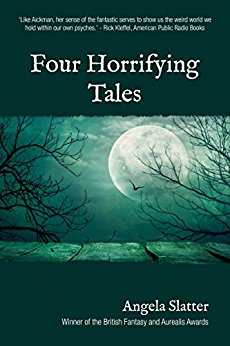 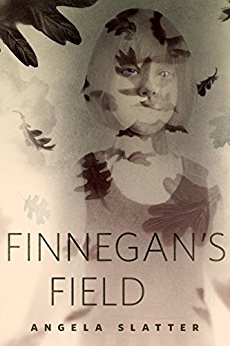 Finnegan's Field by Angela Slatter is a dark fantasy novelette about a six year old child who mysteriously disappears for three years, only to return home just as mysteriously--but not quite the same. At least, not to her mother.
Buy Kindle Version 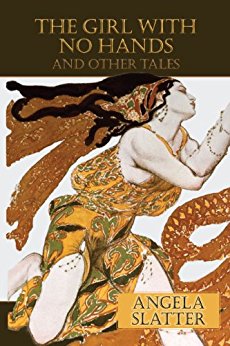 The Girl With No Hands and other tales

A stunning, emotional and eclectic collection of fantasy and dark tales. These are the stories told to warn children, entertain adults and beguile all.
Buy Kindle Version
Buy Paperback Version
Scroll to top