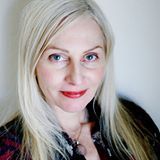 Anna Romer grew up in a family of book-lovers and yarn-tellers, which inspired her lifelong love affair with stories. A graphic artist by trade, she also spent many years travelling the globe stockpiling story material from the Australian outback, and Asia, New Zealand, Europe and America.

Her first novel, Thornwood House, reflects her fascination with forgotten diaries and letters, dark family secrets, rambling old houses, and love in its many guises—as well as her passion for the uniquely beautiful Australian landscape.

When she’s not writing (or falling in love with another book), Anna is an avid gardener, knitter, bushwalker and conservationist. She lives and works in a secluded bush hideaway surrounded by national parks. 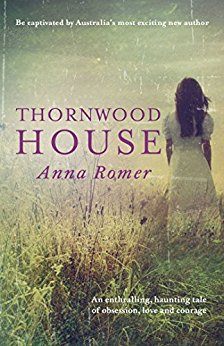 When you’re all that stands between the murderous past and the fate of those you love, how far would you go to save them? When Audrey Kepler inherits an abandoned homestead in rural Queensland, she jumps at the chance to escape her loveless existence in the city and make a fresh start. In a dusty back room of the old house, she discovers the crumbling photo of a handsome World War Two medic – Samuel Riordan, the homestead’s former occupant – and soon finds herself becoming obsessed with him. But as Audrey digs deeper into Samuel’s story, she discovers he was accused of bashing to death a young woman on his return from the war in 1946. When she learns about other unexplained deaths in recent years – one of them a young woman with injuries echoing those of the first victim – she begins to suspect that the killer is still very much alive. And now Audrey, thanks to her need to uncover the past, has provided him with good reason to want to kill again.
Buy Kindle Version
Scroll to top