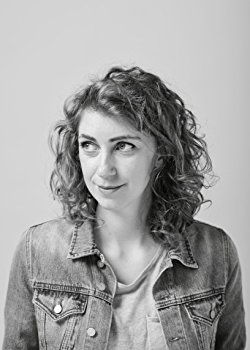 Anna Snoekstra was born in Canberra, Australia to two civil servants. At the age of seventeen, she decided to avoid a full-time job and a steady wage to move to Melbourne and become a writer. She studied Creative Writing and Cinema at The University of Melbourne, followed by Screenwriting at RMIT University.

After finishing university, Anna wrote for independent films and fringe theatre and directed music videos. During this time, she worked as a cheesemonger, a waitress, a Christmas elf, a nanny, a receptionist, a cinema attendant and a film reviewer.

Anna now lives with her husband and tabby cat and works full-time writing. Her non-fiction has appeared in The Guardian, Filmme Fatales and she is a regular contributor to Lindsay. Her first novel Only Daughter was released in 2016, and her second, Little Secrets, is out now in bookstores and online here. 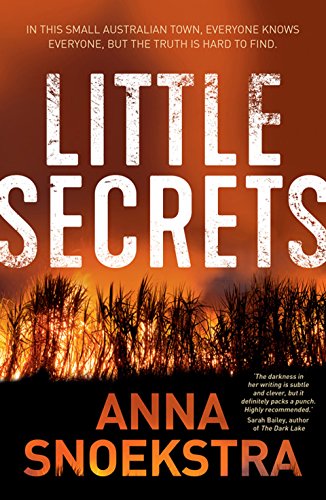 What happens when ambition trumps the truth? A town reeling in the wake of tragedy… An arsonist is on the loose in Colmstock, Australia, most recently burning down the town’s courthouse and killing a young boy who was trapped inside. An aspiring journalist desperate for a story… The clock is ticking for Rose Blakey. With nothing but rejections from newspapers piling up, her job pulling beers for cops at the local tavern isn’t enough to even cover rent. Rose needs a story—a big one. A bizarre mystery… In the weeks after the courthouse fire, porcelain replicas of Colmstock’s daughters begin turning up on doorsteps, terrifying parents and testing the limits of the town’s already fractured police force. Rose may have finally found her story. But as her articles gain traction and the boundaries of her investigation blur, Colmstock is seized by a seething paranoia. Soon, no one is safe from suspicion. And when Rose’s attention turns to the mysterious stranger living in the rooms behind the tavern, neighbour turns on neighbour and the darkest side of self-preservation is revealed. ‘A smart and compulsive thriller that perfectly evokes the claustrophobia of small-town Australian life. I couldn’t put it down!’ Bestselling Australian author of The Rosie Project, Graeme Simsion Praise for LITTLE SECRETS: ‘A smart and compulsive thriller that perfectly evokes the claustrophobia of small-town Australian life. I couldn’t put it down!’ — Graeme Simsion, bestselling Australian author of The Rosie Project ‘The darkness in her writing is subtle and clever, but it definitely packs a punch. Highly recommended.’ — Sarah Bailey, bestselling Australian author of The Dark Lake ‘The ending of Little Secrets left me gasping. After a twisty plot that kept me turning the pages long after bedtime, the resolution was unexpected but oh so, satisfying.’ — My Weekly UK Praise for Anna Snoekstra's Only Daughter "Snoekstra's excellent debut stands out in the crowded psychological suspense field with smart, subtle red herrings and plenty of dark and violent secrets. Recommend to genre aficionados and readers who enjoyed Lisa Lutz's The Passenger." — Library Journal (starred review) ‘Unreliable narrator thrillers are practically a subgenre of their own, and there are two unreliable narrators here as well as a wickedly twisted and fast-paced plot that leaves numerous questions unanswered…. Readers who enjoy a creepy thriller that will keep them guessing will be unable to put this down.’ — Booklist (starred review) ‘Only Daughter by Anna Snoekstra is a dark meditation on the secrets we keep about our families and about ourselves. Twisty, slippery, and full of surprises, this web of lies will ensnare you and keep you riveted until you've turned the final page.’ — Lisa Unger, New York Times bestselling author of Ink and Bone ‘In Anna Snoekstra's dark and edgy debut, a young woman slips easily into the life of a girl missing eleven years, only to discover the grisly truth behind the disappearance. Will she be the next victim? Truly distinctive and tautly told, Only Daughter welcomes a thrilling new voice in crime fiction.’ — Mary Kubica, New York Times bestselling author of The Good Girl ‘There are a number of surprises and twists that occur, and all the little secrets of the townspeople are revealed. It will keep readers guessing until the end…’ — Dee Roberts, NetGalley '[the novel] was dark, gritty and handled the stifling atmosphere of a small town down on its luck so well’ — Marlene Pratt, NetGalley 'Little Secrets by Aussie author Anna Snoekstra is an intriguing look at a small town a
Buy Kindle Version
Buy Paperback Version
Scroll to top