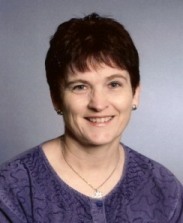 Anne Oliver was born in Adelaide, South Australia, where she’s lived all her life. She has two adult children. She holds a B.Ed with a major in science and has worked in early childhood education for nearly thirty years.
Anne began writing in 1998 and is a member of the Romance Writers of America, the Romance Writers of Australia and the Romance Writers of New Zealand. She started entering writing contests in 1999 and was a finalist in several contests in the USA, Australia and New Zealand before being accepted by Harlequin Mills and Boon for their Modern Extra series in December 2005.
When not teaching or writing, Anne loves to escape into books. Eight years ago she began creating her own characters in paranormal and time-travel adventures before turning to writing contemporary romance. She reads all the Modern Heat books—which come out in Australia as Sexy Sensations—and enjoys the diversity of theme, characters and style, which is why she loves writing them.
In August 2007 she won the Romance Writers of Australia’s Romantic Book of the Year Award with her first Modern Extra novel, Behind Closed Doors…
Her other interests include animal welfare and conservation, quilting, astronomy, all things Scottish—and eating anything she doesn’t have to cook. She’s traveled to Papua/New Guinea, the west coast of America, Hong Kong, Malaysia, the UK and Holland.
Sharing her characters’ journeys with readers all over the world is a privilege and a dream come true. 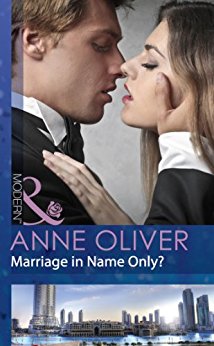 Marriage in Name Only?

For celebrity bachelor Jordan Blackstone marriage is off the cards – he almost went there, and never again! So when he needs to find a fake wife – fast – it’s time to think outside the box… Chloe Montgomery seems the perfect solution – she’s adventurous, gorgeous, and as anti-commitment as him. So Jordan pops the question – will she masquerade as his wife? She says, ‘I will.’ But when the passion between them flares out of control their Dubai honeymoon starts to feel a little too real! Maybe Jordan has finally met a woman worth breaking his ‘no love’ rules for…
Buy Kindle Version
Buy Paperback Version
Buy Hardback Version 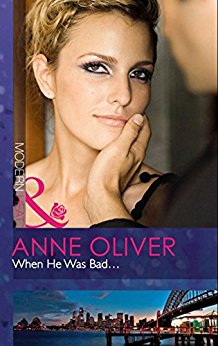 The good girl When landscaper Ellie meets hotshot architect Matt in a bar the attraction is electric! Matt doesn't only ignite a fire in her belly - one look into his eyes and Ellie almost forgets everything experience has taught her about self-preservation! And the bad billionaire! Matt has playboy written all over him, with his cocky smile and confident stride, and Ellie decides to stay well clear...until the next day, when she learns he's now her temporary boss! Dark and dangerous, Matt is also determined...and Ellie soon finds resistance is futile!
Buy Kindle Version
Buy Paperback Version
Buy Hardback Version 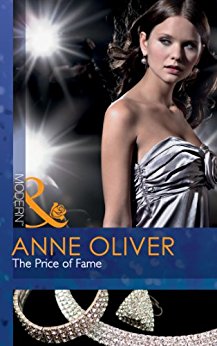 Her flight is cancelled. Her politician fiancé has dumped her. And the press pack are on her tail. Just another day for reclusive heiress Charlotte Dumont. Then handsome charmer Nic Russo offers her his hotel room to hide out in. Are there strings attached? Does she care? Charlotte has spent her privileged life keeping up appearances, staying in control, never letting go. Tonight, perhaps, she will go a little bit wild – with Nic. And then return to her buttoned-up self in the morning…
Buy Kindle Version
Buy Paperback Version
Buy Hardback Version 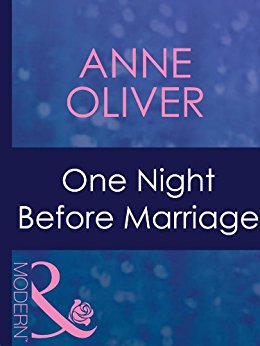 One Night Before Marriage

The tall, slim blonde seems the perfect diversion for ruggedly handsome hotel magnate Ben Jamieson. He'll bed Carissa Grace on a strictly no-strings basis. Carissa and Ben soon embark on an all-consuming affair. But for Ben, that's all this can ever be–passionate, but temporary. However, when Carissa finds out she's pregnant, Ben demands that she marry him! Even if it is just for their baby's sake….
Buy Kindle Version
Buy Paperback Version 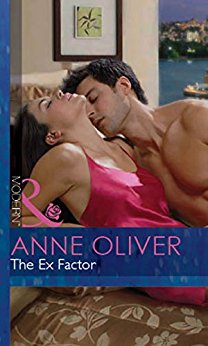 Melanie Sawyer's intense affair with Luke Delaney was fuelled by an all-consuming desire. Both knew it couldn't last–she was a waitress, he was the son of a millionaire. Feeling out of her depth, Mel ended it–but was left with an enduring reminder of Luke…. When Mel meets her ex again, he still has the X factor, and the red-hot passion between them reignites. As they spend time getting to know each other again–intimately–they realize the chemistry between them is too powerful to resist. But once Mel's secret comes out, will Luke be able to trust her?
Buy Kindle Version
Buy Paperback Version 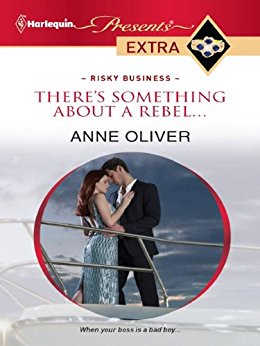 There's Something About a Rebel... (Risky Business)

Lissa Sanderson is at an all-time low—so why does her brother's gorgeous, brooding best friend have to come back into her life now? Even worse, the teenage crush she once had on Blake Everett is back with a vengeance, despite his scandalous reputation and the fact the former navy officer would clearly prefer to be left alone. Only, now she's a woman. And Blake's not quite so immune to her as he makes out. There's definitely something about a rebel—and Lissa's going to enjoy finding out just what that "something" might be!
Buy Kindle Version
Buy Paperback Version
Buy Hardback Version 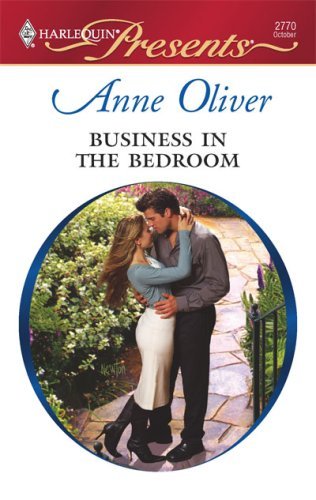 Business in the Bedroom (Undressed by the Boss)

Abby Seymour's arrived on the Australian Gold Coast to start a new business. Only, she's been swindled! Left with no cash, she needs help. Abby intrigues sexy, dark businessman Zak Forrester, and he offers her a roof over her head. Living together, it's impossible to resist the intense chemistry between them. But Zak insists that although she may share his bed, she can never be his wife….
Buy Kindle Version
Buy Paperback Version 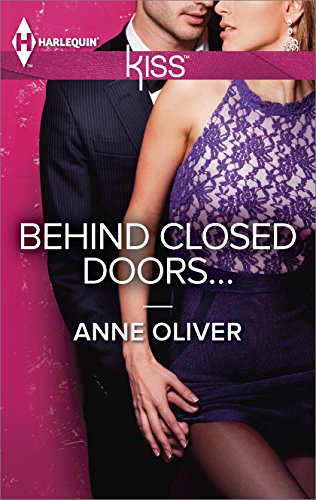 He's back—and as bad as ever! Jack Devlin is Cleo Honeywell's Achilles' heel—and he's a drop-dead-gorgeous one at that. But just because he sends a million inappropriate thoughts racing through her mind doesn't mean she'll forgive him for jetting off across the world and taking her heart with him. Especially now that he's dared to come waltzing back into her life! But while Cleo may be determined not to fall at his feet—or into his bed—Jack has other ideas. Because it may have been years, but he still finds Cleo as irresistible as ever. And this time, once they've flipped the do-not-disturb sign, he'll be staying all night!
Buy Kindle Version
Buy Paperback Version 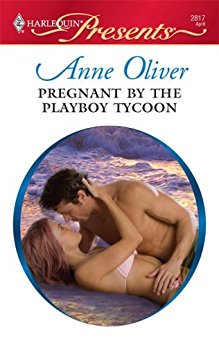 Pregnant by the Playboy Tycoon (One Night Baby) 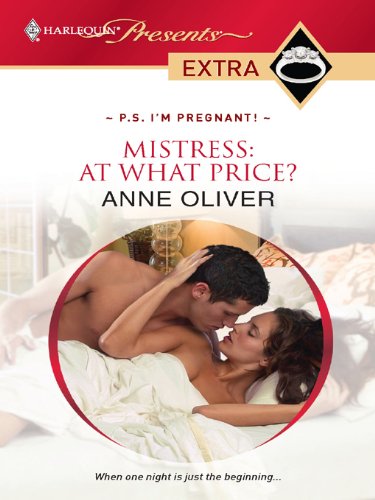 Struggling fashion designer Mariel has never forgotten Dane Huntington, or his cruel rejection of her. But now, years later, the red-hot chemistry is still there and the devilish tycoon has a tantalizing deal to offer her. He'll help Mariel set up her dream business—if she will help him distract the paparazzi by playing his adoring mistress! Of course, both Dane and his offer are irresistible…but now the man who broke her heart is the father of her unborn child….
Buy Kindle Version
Buy Paperback Version 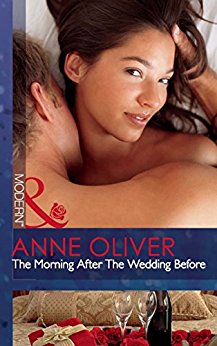 The Morning After The Wedding Before

Emma Byrne has never been one to let her hair down – family obligations and a cheating ex have put paid to that. Now she has another responsibility to take just as seriously: she’s her sister’s maid of honour! Wickedly charming best man Jake Carmody is intrigued by Emma, and can’t resist the challenge of unbuttoning her and freeing her of her inhibitions…starting in the honeymoon suite! But after one sinfully wicked night Emma realises that this letting-your-hair-down thing could be incredibly addictive…
Buy Kindle Version
Buy Paperback Version
Buy Hardback Version 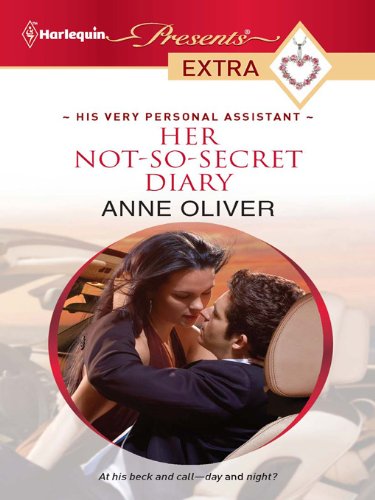 Suddenly Sophie has Jared's attention! He's not looking for commitment, and luckily that's also the last thing on Sophie's mind, so the stage is set for a sizzling no-strings affair. But as work, steamy nights and painful secrets all begin to build up, Sophie soon knows she's in a whole heap of trouble.…
Buy Kindle Version
Buy Paperback Version
Buy Hardback Version 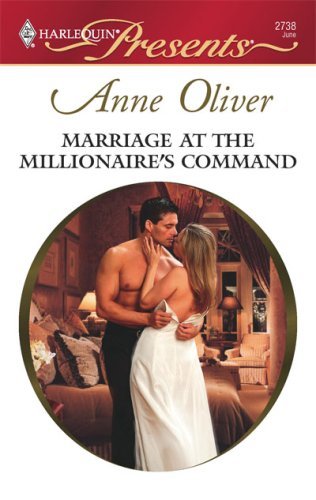 The tall, slim blonde seems the perfect diversion for ruggedly handsome hotel magnate Ben Jamieson. He'll bed Carissa Grace on a strictly no-strings basis. Carissa and Ben soon embark on an all-consuming affair. But for Ben, that's all this can ever be—passionate, but temporary. However, when Carissa finds she's pregnant, Ben demands that she marry him! Even if it is just for their baby's sake….
Buy Kindle Version
Buy Paperback Version 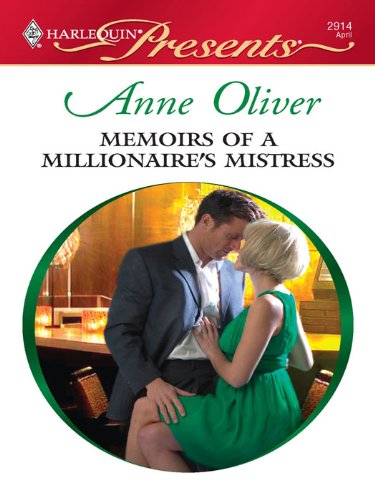 Memoirs of a Millionaire's Mistress

Cameron Black is everything that quirky artist Didi O'Flanagan loathes in a man—his arrogance, charm and business tactics have her hackles rising. But when Cam offers her the commission of a lifetime, Didi can't refuse—even though it means she'll be at his beck and call 24/7! Soon they are sharing hot nights in Cam's luxury penthouse, and the chemistry is electric. And though she started off despising him, Didi's starting to wonder whether she'll ever be able to give up her position as the millionaire's mistress….
Buy Kindle Version
Buy Paperback Version 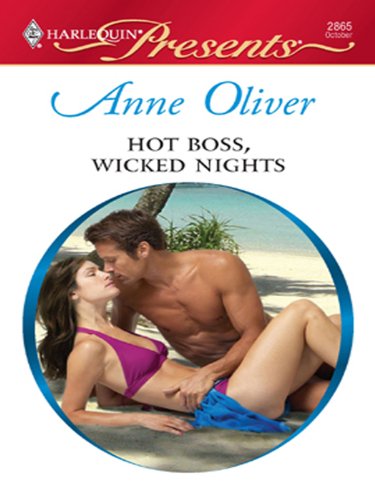 Acting impulsively, Kate Fielding indulged in one night of steamy sex with a stranger—but her actions came back to haunt her when she discovered that her passionate lover was none other than her new boss, Damon Gillespie! Mortified, Kate has to fly to Bali with Damon to a luxurious holiday resort for business. Kate wants to prove she can be utterly professional, but ten sultry nights with her bad-boy boss are going to test her resolution to the limit….
Buy Kindle Version
Buy Paperback Version
Buy Hardback Version
Scroll to top