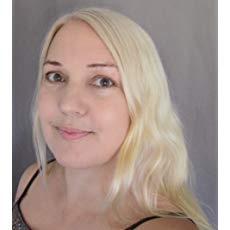 ANNI TAYLOR lives on The Central Coast, north of Sydney, Australia, with her partner and four boys. THE GAME YOU PLAYED is her debut thriller novel. Previously, she was a Features' Writer and Community Manager for Fairfax Media, Australia.
She also writes young adult fiction under the name, Anya Allyn. 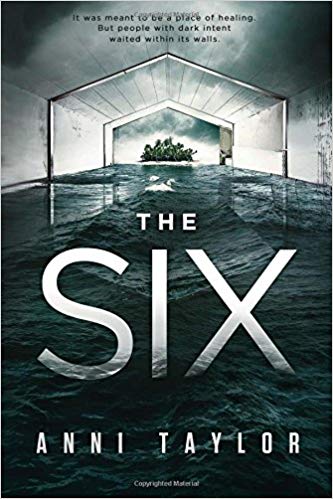 The Six: A Dark Psychological Thriller

"A SMART, DARK, ENTICING THRILLER" - Goodreads A Young Mother Finds Herself in Chilling Danger Evie is in the grip of a gambling addiction. Ashamed and desperate, she's terrified she'll destroy the lives of her husband and two small daughters. She grabs onto a lifeline - the offer of a program that promises to heal addictions and give her a fresh start. Evie and 27 others from around the world travel to a monastery on a tiny Greek island to begin the program. IN THE END, JUST SIX OF THEM WILL BE LEFT. Evie's husband Gray is gutted to find the note that Evie left behind. Why did she leave and where did she go? And is she ever coming back? His anger turns to alarm as he begins to put together the pieces of his wife's disappearance. When Evie's car is found burned out in woodland, the police suspect him of murdering Evie. Gray has one chance to fly to Greece to try to find Evie - before he's arrested for something he didn't do. Too late, Evie discovers the chilling truth about the monastery and the island. And the closer she gets to finding an escape, the closer the danger gets to her. PRAISE FOR 'THE SIX' "A fast-paced and thrilling plot, The Six is a breathtaking and intense ride, and is filled with twists and turns which kept my heart in my mouth!" Brenda Telford, Goodreads reviewer & librarian "This is a very clever and original plot with many surprises to keep you on the edge of your seat." Carolyn, Goodreads reviewer "It's a scary, creepy, twisty tale full of mind bending secrets around every corner and nothing is as it seems!" Li'l Owl, Goodreads reviewer "This book was beyond terrifying and yet the storyline sucked me in so completely that I would lose total track of time lost in a Greek island." Julie.A.Powell, Goodreads reviewer "At the end, I was shocked how it all tied together and how it ended for everyone. This is exactly how a psychological thriller should be done." Megan Miller, Goodreads reviewer "This book started off with some desperate addicts (spanning a large range of all different kinds of addictions) from all over the world being chosen to compete in six challenges. These take place at a monastery for a week on an island in Greece, all expenses paid and $10k prize money for each challenge day to the winners. Sinister and mysterious people & events overshadow the pleasant surroundings, however, and the suspense didn't let up! Couldn't put it down!" Jessica George, Goodreads reviewer
Buy Kindle Version
Buy Paperback Version 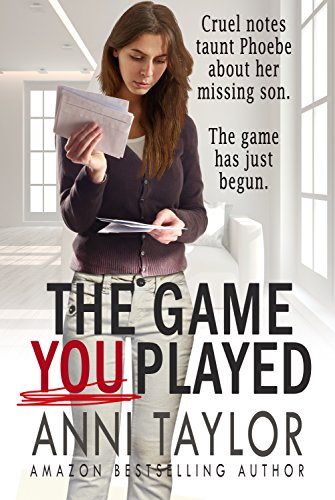 The Game You Played: A Chilling Psychological Thriller

The Chilling Chart-topping Psychological Thriller Her toddler son is sailing his toy boat in a water park - when he vanishes. Months later, taunting notes written as nursery rhymes begin arriving. Who would play such a cruel, chilling game? Little Boy Blue, where did you go? Who led you away? Only I know . . . . Two-year-old Tommy Basko goes missing from a popular inner-city playground. Six months later, his parents begin receiving cryptic messages in rhyme about Tommy. The police don't believe the messages are from the abductor, but Tommy's mother Phoebe is certain that they are. And she becomes sure that the abductor must be someone that she and husband, Luke, know. Against the advice of the police, Phoebe decides to play the game. She begins a frantic search for the writer of the rhymes, at the cost of causing her marriage to shatter. When the shocking identity of the message-writer is discovered, Phoebe's desperate race for the truth has only just begun. Who took Tommy? And why? REVIEWS "Anni Taylor is absolutely brilliant in her debut book The Game You Played; an intense psychological thriller" - Lena May Books. "One of the best psychological thrillers I've ever read." - Goodreads reviewer "I loved, loved, loved this book. It twists and turns and takes you on a who done it rollercoaster ride." - Goodreads reviewer "....the tale keeps you riveted to the end. Fans of Gone Girl, Girl on the Train and Behind Closed Doors will enjoy this." - Goodreads reviewer "Holy cow! This book is a literal, mind-blowing carnival ride. Easily, this is the best book I've read this year." - Goodreads reviewer "This book has seriously messed with my mind. How will Phoebe ever find her little boy with unlikely enemies. A must for anyone who likes a mind boggling read!" - Goodreads reviewer "This book was very twisted, electric, heartfelt, heartwarming and suspenseful. " - Goodreads reviewer "I love love love this author! This is the sort of book I love but never find very often!" - Goodreads reviewer
Buy Kindle Version
Buy Paperback Version 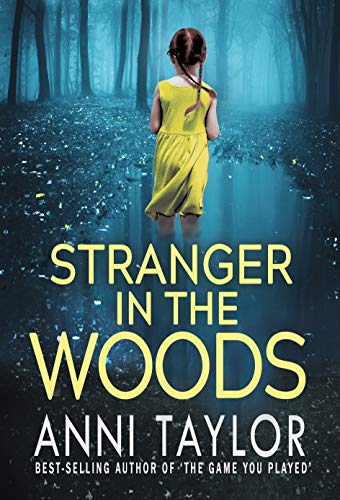 Stranger in the Woods: A Tense Psychological Thriller

New From the Author of the Bestselling Novel, The Game You Played A town harbouring dark secrets. People who'll do anything to hide what they've done. Photographer Isla Wilson is thrilled she's landed her dream job, but the clients who hired her are getting stranger by the day. It sounded so perfect - a month's assignment at the misty, sprawling Scottish Highlands property of brilliant architect Alban McGregor, and his wife, Jessica. But deep in the woods, there is a chilling playhouse. Two years ago, the McGregors' daughter, Elodie, died after being abducted and taken there. Alban refuses to knock the playhouse down, and he keeps a picture of it on his wall. Isla senses that both Alban and Jessica are keeping terrible secrets. And it seems that others in the town are also veiling the truth. The closer Isla comes to getting answers about Elodie, the more the danger mounts. And with a dense cover of snow now blanketing the town, all chance of escape might already be gone. REVIEWS "It's not often that I'm surprised by a twist, but Stranger in the Woods has an absolutely killer ending that I didn't see coming at all. With the atmospheric setting of rural Scotland, and a cast of imaginative characters, it's easy to become immersed in Stranger in the Woods. I loved the way the Scottish tales of 'tattie bogles' and the sweeping majesty of the Highlands were weaved into the story. This is a fantastic dark mystery with a twist in the tale." - Sarah.A.Denzil, author of Silent Child "Don't start unless you have time to finish! My right arm went numb from holding my kindle. Rarely and I do mean rarely do I read a book and don't figure out the ending. I am in awe!" - Reviewer "I was hooked from the very beginning. Every scene and character intrigued me." - Reviewer "Stranger in the Woods pulls you in and holds you tight in its grasp from start to finish." - Reviewer "Awesome, awesome book!!! Hard to put down." - Reviewer
Buy Kindle Version
Buy Paperback Version
Scroll to top