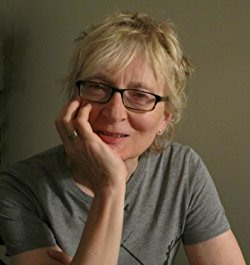 Annie Hauxwell was born in the East End of London and grew up there and in Melbourne, Australia. Her working life has included stints as a psychiatric nurse, cleaner, sociologist, taxi driver and lawyer. She abandoned the law to work as an investigator, an occupation she has happily pursued for more than twenty years, and which she now combines with writing.

She divides her time between Castlemaine, a small country town in Australia, and Barkingside in London.

She is a keen sailor, but suffers from seasickness, follows Spurs and St Kilda, and travels a great deal, because it's harder to hit a moving target. 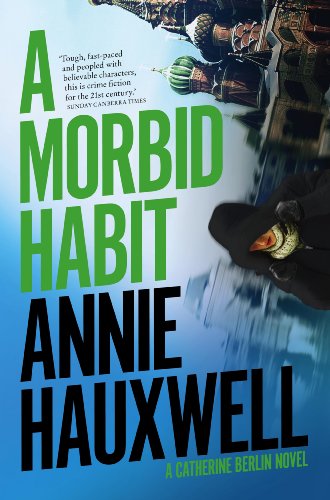 A midnight delivery. A sole eyewitness. No loose ends. Christmas is looming, and investigator Catherine Berlin is out of a job. Broke, and with a drug habit that's only just under control, she quickly agrees when an old friend offers her work. It's a simple investigation with a generous fee, looking into the dealings of a small-time entrepreneur. The only catch? It's in Russia. But when Berlin arrives in Moscow, things are not so straightforward. Shadowy figures stalk her through the frozen streets. She's kicked out of her hotel, her all-important medication confiscated by police. Strung out and alone, Berlin turns to her interpreter, an eccentric Brit named Charlie. But Charlie's past is as murky as Berlin's own, and when the subject of the investigation disappears, Berlin realises Charlie may be part of the web. The only way out is to hunt down the truth, even if it kills her. 'Highly addictive . . . probably her best book . . . Most impressive is the plotting, which is complex and interesting all the way to the tense finale. Highly recommended.' Canberra Times '[Hauxwell's] growing army of fans may have to start learning how to manage an addiction of sorts.' West Australian 'Annie Hauxwell has given us a heroine for our bleak new age . . . Catch the wave now, while it's building.' The Times
Buy Paperback Version
Buy Hardback Version 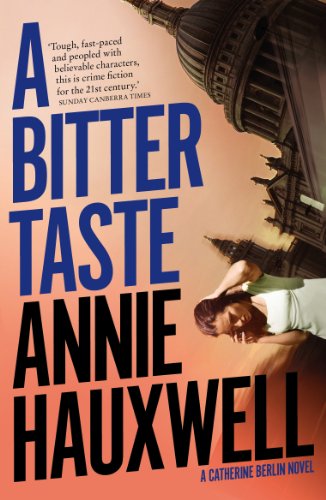 Treachery becomes a habit.� London is in the grip of a stifling heatwave. The�city has slowed to a claustrophobic shuffle.�Heroin-addicted investigator Catherine Berlin suffers while working the lowest�of investigations: matrimonial. The city's junkies are in the grip of a drought of a different kind. Sonja Kvist a�strung-out ghost from Berlin's past, turns up on her doorstep.�Sonja�daughter is missing. An unpaid debt leaves Berlin no choice but to take the case of the missing ten-year-old.� Berlin is back. And soon the hunter becomes the hunted: corrupt detectives are on Berlin's tail chasing drugs she doesn't have, a young girl is murdered and the matrimonial case unravels. And the temperature keeps rising. A Bitter Taste�is addictive, fast-paced crime fiction spiked with grit and grunge.� 'Fast-paced and gripping and just perfect for the crime-fiction junkie.' Geelong Advertiser 'Tough, fast-paced and peopled with believable characters, this is crime fiction for the 21st century.' Sunday Canberra Times Praise for In Her Blood 'A promising new series.' Financial Times (UK) 'A full-throttle page-turner.' West Australian
Buy Paperback Version
Buy Hardback Version 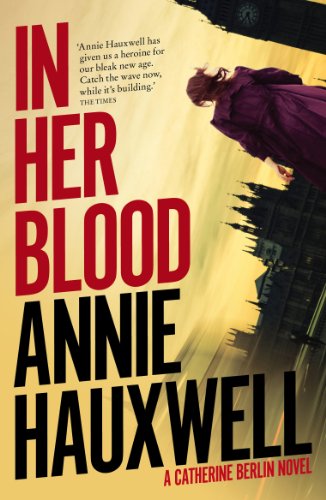 In Her Blood: A Catherine Berlin Novel

Everyone is hooked on something. It's not that easy to kick the money habit. After the world meltdown forces London's bankers to go cold turkey, people look elsewhere for a quick quid: the old fashioned East End. So when investigator Catherine Berlin gets an anonymous tip-off about a local loan shark, the case seems straightforward - until her informant is found floating in the Limehouse Basin. In another part of town, a notorious doctor is murdered in his surgery, and his entire stock of pharmaceutical heroin stolen. An unorthodox copper is assigned to the case, and Berlin finds herself a reluctant collaborator in a murder investigation. Now Berlin has seven days to find out who killed her informant, why the police are hounding her and, most urgently of all, where to find a new - and legal - supply of the drug she can't survive without. Smart, stylish and fast-paced, In Her Blood heralds the arrival of a remarkable new talent in crime fiction. '[Hauxwell's] growing army of fans may have to start learning how to manage an addiction of sorts.' West Australian 'Complex, fast-paced crime fiction.' Courier-Mail 'A stylishly written and assuredly paced debut that heralds a promising new series.' Financial Times (UK) 'Annie Hauxwell has given us a heroine for our bleak new age...Berlin is both tough and fragile but far from stereotypical...Her closest relative in modern fiction is the alcoholic DCI Jane Tennison in Prime Suspect. Catch the wave now, while it's building.' The Times (UK) 'A full-throttle page-turner... Hard to believe this is her first novel - the writing is that good.'West Australian 'The writing is sharp and suspenseful, the plot engaging, the characters enthralling. I'm hooked on Annie Hauxwell and hanging out for my next fix.' Angela Savage 'Hauxwell's novel has already caused a stir in the book world. Expect her gritty crime series to rival some of the Scandi-greats.' Stylist.co.uk 'This is a brilliantly fast-paced novel, full of twists and turns and will have you utterly engrossed. I would highly recommend this to any lover of crime and look forward to more in the Catherine Berlin series.' The Tattooed Book 'This is a compelling book, full of nostalgic glances to the old East End of her father's time, back beyond the Krays to Limehouse before it was obliterated by Canary Wharf and its army of crooked bankers. It is a complex plot and well written.' Shots magazine 'Whilst it's not particularly unusual to have a flawed central protagonist, unapologetic ones are less common. Add being female, and that makes In Her Blood's Catherine Berlin a rather rare beast, and a very welcome one.' Austcrimefiction.org
Buy Paperback Version 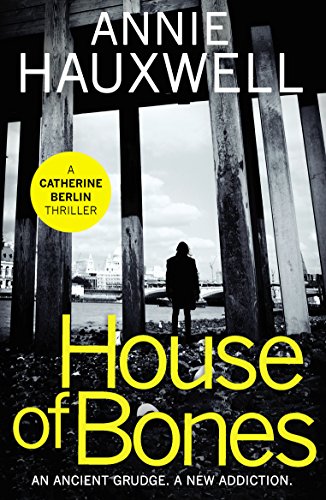 1961. In the drawing room of an imposing Hong Kong residence, a British lord brutally assaults a young Chinese boy. His grandson watches, helpless. But he will never forget. Wapping, London, present day. It’s a warm spring in the capital, and heroin addict Catherine Berlin feels the clammy breath of the past on her neck. Battling to stay clean, and bearing the scars of her most recent case, she is struggling to outpace her demons. An old contact has offered her a job investigating a violent attack by a seventeen-year-old public schoolboy, a Chinese orphan on a prestigious scholarship. The victim has gone missing, and the boy’s patron, a shadowy peer, claims the case is being manipulated by the Chinese government. Seduced by the boy’s vulnerability and the peer’s allegations, Berlin journeys to Hong Kong, where she uncovers a conspiracy that reaches from the Pearl River Delta to the Palace of Westminster… House of Bones is the fourth novel in the inimitable Catherine Berlin series, and a breathtaking and blood-spattered thriller.
Buy Paperback Version
Scroll to top