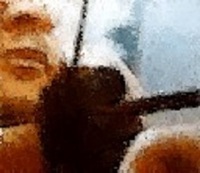 I find it mind-boggling.

From a 24-lettered alphabet, we've amassed 1,025,110 words in the English language (and counting). From these words, we create innumerable sentences and paragraphs from which we get ideas that stir thought and tales that we love and cherish.

I can only hope that the words I piece into sentences and the paragraphs I shape into stories enrich and inspire and encourage. I even hold out a pie-in-the-sky hope that someday, I'll coin a word or two that enters the English dictionary. Hey, I'll take the Urban Dictionary. I'm not that ambitious.

Archer Swift lives in Melbourne, Australia. Known for the dystopian sci-fi Eden Trilogy, Archer has written several other books, both fiction and nonfiction (including one using a fictional dialogue as the book’s framework), under various nom de plumes. 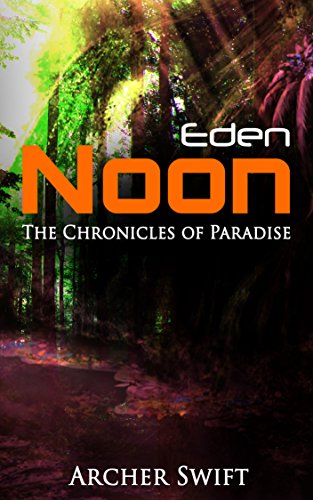 Eden, Noon: The Chronicles of Paradise

Second Novel in Thrilling Young-Adult, Sci-fi Trilogy Having survived certain extermination at the hands of their vastly superior alien enemy, the hopes of a small human colony soar. Their fledgling dreams of a new dawn are quickly jeopardised as rampant suspicion, prejudice and fear boil over a cauldron brewing thick with political rivalry, skulduggery and the ever-present threat of mutiny. Struggling with his own personal demons and the maelstrom of relational conflict his foolhardy antics have caused, Ristan Abel finds himself dragged into a brutal showdown with foes known and unknown. With second guesses and half-mistakes punished fiercely in blood, Ristan fights for his own soul and sanity as much as those he longs to protect. Can he endure the bitter consequences of his own actions? Welcome back to planet Zika, named such by the planet’s native species, the Zikalic. A primal planet of striking disparity—breathtaking spectacle and unrivalled terror—ruled by an intelligent but twisted species; where the nights are dark, and the days, darker still. Eden, Noon is the second book in The Chronicles of Paradise trilogy. The first installment, Eden, Dawn is available free in eBook format.
Buy Kindle Version 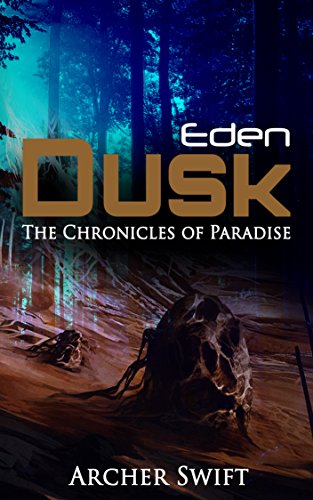 Eden, Dusk: The Chronicles of Paradise

The Third and Final Novel in the Riveting Young-Adult, Sci-fi Trilogy When their celebration party is gate-crashed by the sudden arrival of three spacecrafts, the small human colony on Eden is dumbfounded. How the spaceships escaped Earth’s destruction is a mystery compounded only by the fleet’s unknown whereabouts for ten long years. Still, their confusion gives way to wistful expectation. Could this truly be a new day? The chance to start over with familiar technology, and tens of thousands of fellow humans with whom the colony can rebuild the future. Or is it too good to be true? Facing murder charges and certain execution in a Zikalic tribunal, Ristan Abel’s suspicions of the new, enigmatic Captain gather traction. In confronting the mounting threat, he sees his chance to redeem himself in one final hurrah. However, all is at stake. Embroiled in a battle of wits with the Captain, at what odds does he gamble in a high-stakes showdown that could obliterate the whole planet? Welcome back to your third and final tour of the planet named Zika by its indigenous species, the Zikalic. An alien planet of terrifying beauty, a planet now itself endangered by mankind’s darkest powers. ‘Eden, Dusk’ is the third book in ‘The Chronicles of Paradise’ trilogy. Eden, Dusk is the final book in The Chronicles of Paradise trilogy. The first installment, Eden, Dawn is available free in eBook format.
Buy Kindle Version
Scroll to top