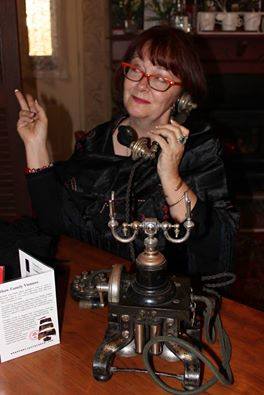 "Dare to be different!" Astrid's motto has taken her life and career in many exciting directions: she has met Hollywood stars and a movie producer, internationally acclaimed authors, an Apollo astronaut. But how did she get started?
Star Trek is to blame!
It was 1965. The first touch of 'weird' entered my life.
In 1976, Trek-dom introduced me to mainstream s.f./fantasy fandom and I wrote fan fic, and original works, allowing people to read my writing for the first time. As a person who prefers to become involved, rather than an observer, my frantic fan-years saw me running conventions, writing and/or acting in numerous s.f. plays, publishing over 100 fanzines and co-ordinating several 'fan' clubs: StarTrek, and Darkover. I also joined the S.C.A. and enjoy costuming and all things historical to the present day.
But I was fascinated by the fantastic long before Trek came along and for that I must 'blame' my parents. They told me stories about magical dolphins and fairies and every Friday night we went to the local library. I am forever thankful that we didn't own a tv set until I was 8 years old and that my family were avid readers. Books were everywhere in my childhood and I have a library in my home that flows into just about every room in the house.
As a young adult I read "The Lord of the Rings" and this book was a turning point in my reading and writing tastes. Then I discovered the books of the women writers: Marion Zimmer Bradley, Tanith Lee, Anne McCaffrey, Ursula K. Le Guin. What fantastic stories they wove and what fascinating worlds and characters they introduced! Characters: 'real' people - not just bug-eyed monsters being zapped by ray guns or sword-wielding, muscle bound hunks with the love 'em and leave 'em attitude towards the females they encountered on their magical quests.
Now, I indulge my penchant for the exotic and my published works range from spec. fic., to fantasy/paranormal sensual romance. I also write non fiction (writing related topics and historical treatises - Richard III, medieval and theatrical costuming, King Arthur - fact or fiction: the list goes on!)
I live in rural South Australia on a 2.5 acre property that I planted with over 1,000 native trees, shrubs and an 'unknown' number of exotics. My interest is permaculture/self-sufficiency and I have a vegie patch, fruit and nut orchards, everything organic. I share my home with a menagerie of rescued (some formerly abused) animals and after many requests, I am now writing a book about my animal shelter.
I love to hear from readers, so please do not hesitate to email me. I will reply to any mail I receive (though it may take me some days to respond due to writing commitments). 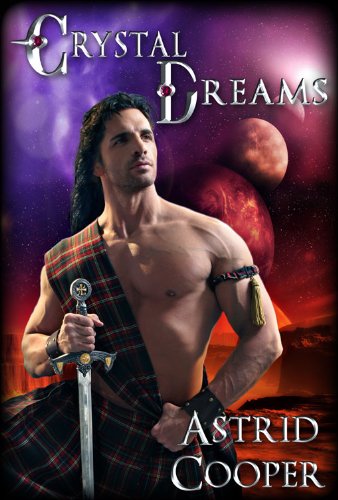 Caledonian Chieftain, Connal MacArran risks all when he confronts the alien witch, Liandra Tavor. His simple plan goes horribly wrong from the moment they dream-share on Liandra’s crystal bed. A secret kept for over 800 years, and a missing kinsman are the least of his worries as he and Liandra confront powerful enemies intent on destroying them, but the danger is nothing compared to forbidden desires and a love destined to burn brighter than a supernova. Can Connal and Liandra overcome their differences to face an enemy intent on enslaving the galaxy? The fate of worlds hangs on a kiss…
Buy Kindle Version
Buy Paperback Version 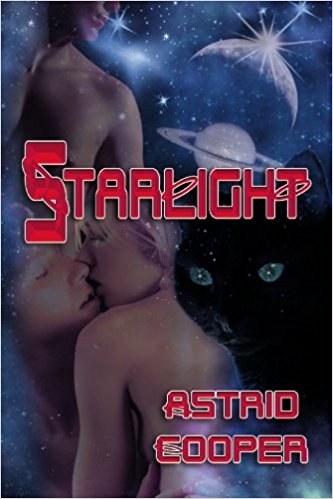 Samantha Sinclair will never trust another man, but her friends decide to lure her out of her celibacy with a special Christmas gift—a night with a sensualator. John-Kuno is no ordinary man. He takes Sam away from her fears, her homogenized, synthesized existence and introduces her to the enigmatic, sensual world of the shifters. With their starlight passion burning brighter than a supernova, John and Sam do not know that in the cold reaches of space a monster is biding his time. He demands nothing less than the universe as his due, starting with Sam, but first he must destroy John and the whole race of humans and their shifter allies.
Buy Paperback Version
Scroll to top