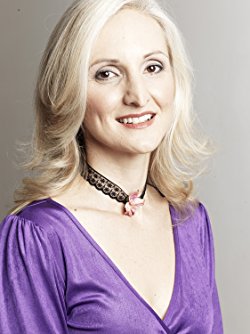 I’m often asked if I always wanted to be a writer. I feel like I was born one. I was the child in class forever in trouble for daydreaming! I was fortunate to grow up in a beautiful part of Sydney, among ancient trees and abundant wildlife, and to have parents, one Russian, one Australian, who gave me the freedom to let my imagination run wild. I conjured up stories in my head as I rode my bicycle around the neighbourhood or lay on my back in the garden and stared at the clouds. Later, as I grew older and travelled overseas, my friends would comment on the detailed letters and emails I wrote them. ‘You should be a writer!’ they all said.

But like most people with a creative dream, I followed the advice to get a ‘real’ job. I met wonderful people and had fun while working in those ‘real’ jobs, but it always felt as if my soul was sad and that I wasn’t fulfilling my true purpose. It was after living in California for a couple of years, where everybody seemed to have a ‘big dream’, that I finally decided to go for mine.

Things did not happen overnight! For the next ten years everything I wrote was rejected. But I persisted. I can’t say that it was because I had incredible confidence in myself and knew that one day I would be published. It was just what I had to do. After one novel was rejected by every publisher in Australia, I went to lick my wounds in New York, where I had accepted a job with a conference company. Writing at 4am on cold winter mornings, on planes, subway trains and in airports, I finished the book that was to change everything: White Gardenia.

Before my return to Australia, I mailed the manuscript to my literary agent, Selwa Anthony. She sent it to the major publishers and it became the subject of an auction. Finally, I was to be a published author. The rest, as they say, is history.

I hear many writers claim that they write to please themselves, but I can’t do that. I’m a born storyteller and I love to entertain people. I picture my readers while I’m writing – as if we were huddled around a campfire together swapping tales. I imagine that the people reading my stories, no matter where they live in the world, are people who love the same things I do – history, drama, family, mystery, romance, nature, animals and triumph over adversity. In that way, I think of my readers as my extended circle of friends.

The setting and historical periods in which I write are very important to me. I research my books almost like an actress preparing to play a part. As well as research about events, characters and the society of the period, I listen to the music, learn as much as I can of the language and culture, read the books that were popular, and pore over the interior design and cookbooks of the time.

I put my heart and soul into creating a rich experience for readers of my novels. It is the best feeling to know my readers enjoy them! 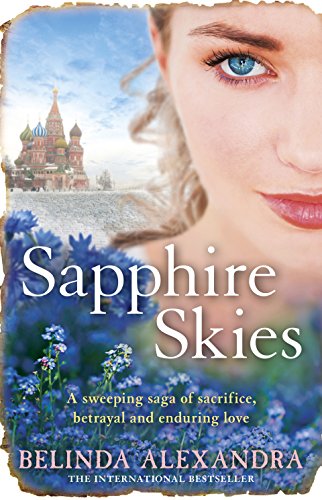 A love greater than war. A beautiful woman lost. A mystery unsolved ... until now. The epic new saga from one of Australia's best loved storytellers. 2000: the wreckage of a downed WWII fighter plane is discovered in the forests near Russia's Ukrainian border. the aircraft belonged to Natalya Azarova, ace pilot and pin-up girl for Soviet propaganda, but the question of her fate remains unanswered. Was she a German spy who faked her own death, as the Kremlin claims? Her lover, Valentin Orlov, now a highly-decorated general, refuses to believe it. Lily, a young Australian woman, has moved to Moscow to escape from tragedy. She becomes fascinated by the story of Natalya, and when she meets an elderly woman who claims to know the truth behind the rumours, Lily is drawn deeper into the mystery. From the pomp and purges of Stalin's Russia through the horrors of war and beyond - secrets and lies, enduring love and terrible betrayal, sacrifice and redemption all combine in this sweeping saga from Belinda Alexandra.
Buy Paperback Version
Scroll to top