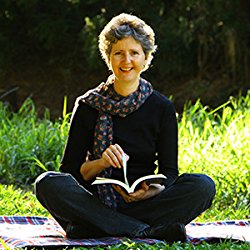 Belinda Pollard is an award-winning Australian mystery author and former journalist who loves animals and wilderness.
Her latest book, DOGGED OPTIMISM: LESSONS IN JOY FROM A DISASTER-PRONE DOG started as a collection of humorous anecdotes about her daft Australian terrier, but then became much more than that as she realised she couldn't tell the dog's story without telling some of her own.
The words "Poison Bay" on a map of New Zealand triggered Belinda's journey to the sinister end of the bookshelf. Spooky and remote, it was a location just begging for a mystery. Belinda loves mountain hiking despite bad knees and a fear of heights, and trekked the Milford Track as research for her first mystery/thriller. POISON BAY was awarded a Varuna Fellowship and an IPPY Silver Medal.
Belinda lives in Brisbane, Queensland where she undertakes ball-throwing duties for a red dog named Rufus, and turns on the air-conditioning so she can dream of snow... 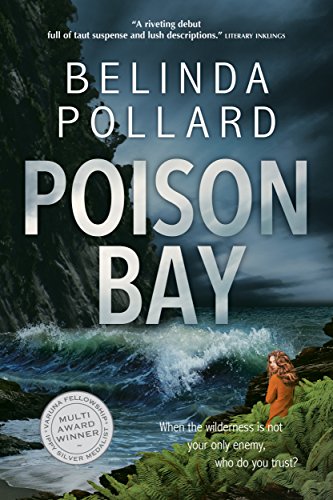 “The Maori call this place Ata Whenua—Shadow Land.” Television reporter Callie Brown likes safe places with good coffee. But she joins friends from the past on a trek into New Zealand’s most brutal wilderness, in the hope of healing a broken heart. What she doesn’t know is that someone wants them all dead. Lost in every sense of the word, the hikers’ primal instincts erupt. Surrounded by people who have harbored secrets for a decade, Callie must choose the right ally if she doesn’t want to be the next to die...
Buy Kindle Version
Buy Paperback Version
Scroll to top