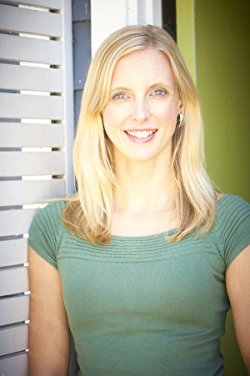 Belinda is a marketing communications specialist and copywriter who allowed an addiction to romance to get the better of her. Her other addictions include music and cars. Belinda’s eclectic music taste forms the foundation of many of her writing ideas. Her writing hasn't paid for a Lamborghini just yet, so for now she has to settle for her son’s Hot Wheels collection and writing hot male leads with sports cars. 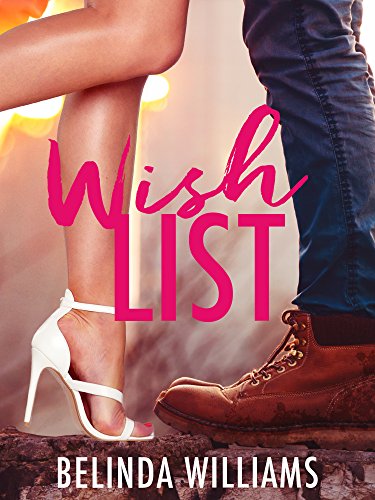 Could the wrong man on paper be the perfect man in real life? Cate Harmon likes lists. While this may serve her well as a financial planner, her girlfriends think that creating a checklist for her ideal man is going a step too far. But she has one, and she's sticking to it. Cate has always dreamed of starting a family and settling down and yet she's the only one of her close knit friendship group still unattached. But that doesn't mean she's going to lower her standards. Enter Dave, a reformed bad boy with gorgeous hair and eyes the wrong color. Dave doesn't tick any of the boxes on Cate's list. It's unthinkable that she would develop feelings for him, and yet ... Cate finds herself being drawn to Dave in a way she's never felt before. Will Cate confront the reasons behind her list? Or will she risk losing a man who could be better than any list she could ever dream up?
Buy Kindle Version 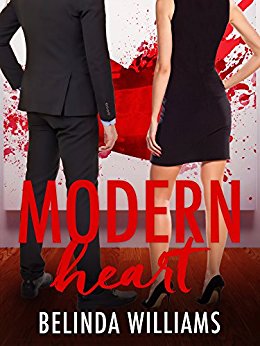 Limited time only: Dream career! Perfect man! The catch? Emotional availability. Scarlett Wong has a reputation for toughness. A talented and often feared Creative Director at an award-winning Sydney advertising agency, she doesn't do relationships, she doesn't invite men home, and she never stays the night. The only people who see her softer side are her three closest girlfriends, and they're finally convinced they've found her perfect man: John Hart. Scarlett's never been one to back down from a challenge and she's not going to start now. But when John secures Scarlett an invitation from one of New York's leading galleries to exhibit her artwork, it means putting herself out there like never before. Scarlett's perfect man wouldn't interfere in her life like this – would he? For a woman who thinks she's not scared of anything, Scarlett is about to discover she's not as tough as she thinks. Will she take the chance to turn her secret passion into a career, risk the safety of her advertising career, and let John in? Or will old habits die that little bit too hard?
Buy Kindle Version 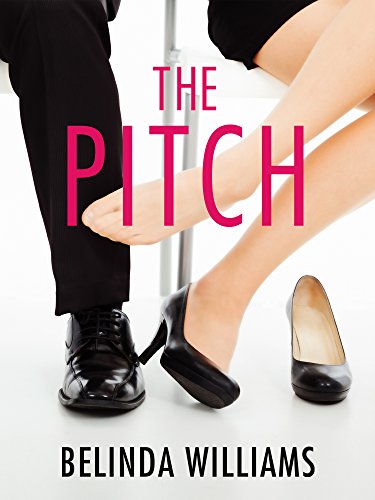 She's in a long-term, committed relationship. With her business. In three years Madeleine Spencer has single-handedly grown her marketing agency, Grounded Marketing, into one of the country's fastest growing companies. But her success has been at the expense of her social life, and her girlfriends have had enough. They'll do whatever it takes, from speed dating to blind dates, to show her there's more to life than work. Only Maddy is having a hard time forgetting about her business. She's about to pitch for her biggest client ever and the mysterious media mogul, Paul Neilsen, has volunteered to mentor her. Maddy might just be in with a shot of landing the account – if she can keep her mind on the job. Working with Paul is not at all what she'd imagined, and Maddy finds herself torn between her ever increasing workload and her feelings for Paul. She's discovering playing in the big league means making sacrifices ... and Maddy must decide what she can't live without.
Buy Kindle Version 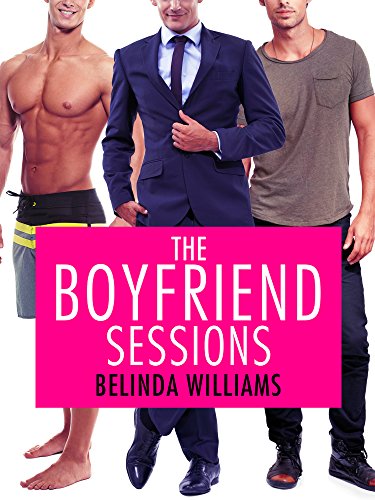 Christa Morrison has commitment issues, a fact that quickly becomes apparent after she flees a romantic proposal in Paris, the thunder of impending wedding bells ringing in her ears. Back in Sydney, she turns to her closest friends for reassurance. Instead they offer her a startling and painful diagnosis: she's a relationship junkie. The cure? An extreme rehabilitation program guaranteed to reform even the most L-word illiterate. With her girlfriends along for the ride, Christa commits to their radical plan and the chances of recovery look good. The only problem is Max Spencer. The one guy Christa—and her friends—never expected her to fall for. But he's proving to be a temptation she may not have the willpower to resist ... For a shot at happiness, is being with Max worth betraying her friends? And will Christa have the strength to trust her heart when her colorful relationship history comes back to haunt her? It might just be enough to make a poor girl leave the country (again).
Buy Kindle Version

Twenty-one-year-old Chloe Kemp knows it’s not easy growing up in the celebrity spotlight. Unlike other child actors, Chloe’s determined to hold onto her squeaky clean reputation. So far that’s been easy because she really is as sweet as the media portrays. Until a video of her in bed with the lead singer of a famous rock band is released online. Only nothing happened. Not that anyone will believe her… Nor will anyone believe she was in bed with the wrong rock star. Chloe’s fallen for drummer, Gabriel da Silva, and she’s heartbroken she’s ruined her chances with him. Or is it possible he’s fallen for Chloe’s sweetness? When Chloe is sent incriminating images, it becomes apparent someone is following her with the intention of ruining her reputation as well as any relationship with Gabe. If Chloe wants her career to survive, and a shot with Gabe, is it time she grows up and trusts her heart?
Buy Kindle Version 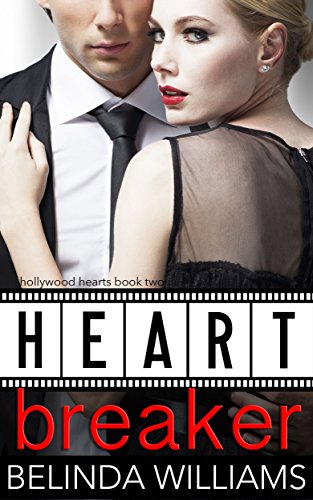 WHEN LOVE IS AN ACT, WILL HER HEART BE FOOLED? Lena Lyons, one of Hollywood’s hottest female stars, has a celebrity problem: she’s too famous. Lena’s had stalkers before and figures the crazies come with the territory, but when things start going dangerously wrong on the set of her latest movie, her production company aren’t taking any risks. They hire Marc Romero, Hollywood security expert. And Lena thought stalkers were bad—Marc appears to hate his job and anything celebrity, including Lena. Still reeling from her divorce, the last thing Lena needs is a brooding investigator who won’t let her out of his sight. Worse still, his plan to protect her involves him going undercover as an up-and-coming actor and pretending they’re a couple. Lena has no choice but to get close to the mysterious man who won’t share anything about himself. With her life depending on her acting skills, she must convince everyone Marc’s the man for her. But will she be able to convince her heart it’s all an act?
Buy Kindle Version 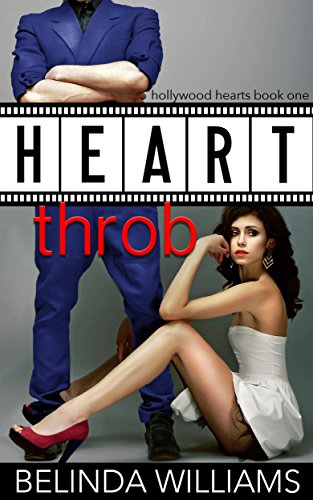 Can an average girl survive Hollywood? Ally Valenti doesn’t belong in Hollywood. Not like her friend and actress, Lena Lyons. Lena’s convinced Ally to pursue her dreams of fashion design, starting with some gowns for the awards season. Which Ally will get around to creating as soon as she can stop looking at Jacob Swan, Lena’s latest co-star. Not that she’s staring. Ally’s skeptical of anything celebrity and it’s not like she’d be pathetic enough to fall for a Hollywood heartthrob. Then Ally learns there’s more to Jacob than his good-guy, all-American persona. She finds herself torn between the desire to get to know him better and her determination to stay out of the limelight. Of course the media has other ideas—and someone doesn’t like all the attention Ally’s getting. When threats aimed at destroying her fashion career go too far, Ally’s convinced she’s living in crazy town. The sensible thing would be to retreat home before it all ends in spectacular fashion. But will Ally be leaving more than her dreams behind if she says goodbye to Hollywood?
Buy Kindle Version 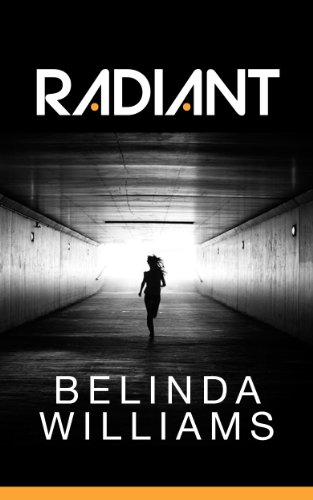 Do you believe in angels and demons? They believe in you... 2013 Romance Writers of Australia Emerald award finalist Lily Ainsworth, a twenty-eight year old Emergency Department nurse, is used to keeping calm under pressure - until the day she wakes up to find herself a patient in the very ED she works in. A victim of a near fatal hit and run, Lily recalls nothing of the accident. The only witness is the mysterious and charming, Leo. As she attempts to return to normal life, Lily is plagued by strange events, which has her wondering whether the hit and run was merely a coincidence, or if it was something much more sinister... Drawn to Leo, Lily confides in him and reveals long unanswered questions about the disappearance of her mother twenty-five years earlier. But his presence appears to come at a price. Suddenly thrown into a dark world she doesn't recognise and fighting to stay alive, Lily begins to realise the key to her survival lies in answering the questions surrounding her past. It's a journey that will change her life forever, make her question everything she has ever believed in, and test her feelings for Leo in ways she never imagined.
Buy Kindle Version
Scroll to top