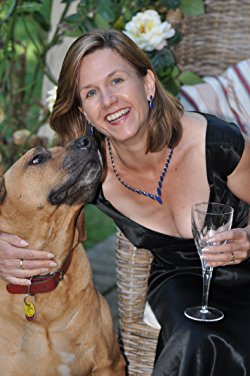 Beverley was seventeen when she bundled up her first 500+ page romance and sent it to a publisher. Rejection followed swiftly. Drowning one’s heroine on the last page, she was informed, was not in line with the expectations of romance readers.
So Beverley became a journalist.
After a whirlwind romance with a handsome Norwegian bush pilot she met in Botswana's beautiful Okavango Delta, Beverley discovered what real romance was all about, saved her heroine from a watery grave in her next manuscript and published her first romance in 2009.
Since then, she’s written more than fifteen sizzling historical romances laced with mystery and intrigue under the name Beverley Oakley.
She also writes psychological historical mysteries, and Colonial-Africa-set romantic suspense, as Beverley Eikli.
With an inspiring view of a Gothic nineteenth-century insane asylum across the road, Beverley lives north of Melbourne with her gorgeous husband, two lovely daughters and a rambunctious Rhodesian Ridgeback called Mombo, named after the safari lodge where she and her husband met. 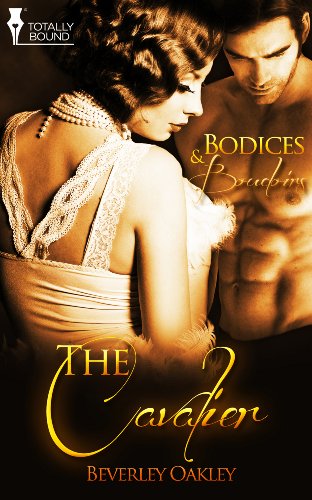 The Cavalier (Bodices and Boudoirs)

Here are the Four Sizzling, Sultry Summer Stories in the Bodices and Boudoirs Collection. The Cavalier by Beverley Oakley A Puritan woman's loyalties are tested when her husband is imprisoned by the Royalist lover she was forced to surrender through duty. Drummond Castle, home of staunch Puritan Silas Drummond and his beautiful wife Elizabeth has been besieged by Royalist forces. In a bargain to spare her husband's life Lady Elizabeth has agreed to spend the night with the commander of the hated King's Men. Second in command Charles Trethveyan has other ideas. He's planned this moment since Elizabeth chose to marry Silas eight years before. When Elizabeth discovers that her former Cavalier lover has taken the place of his superior, she must decide whether Charles is motivated by love or revenge.
Buy Kindle Version 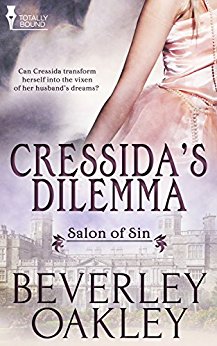 Eight years of marriage has not dimmed Cressida—Lady Lovett’s—love for her husband, but the birth of five children has cooled her ardor. Now rumors are circulating that the kind, dashing and seemingly ever-patient Justin, Lord Lovett, has returned to the arms of his former mistress, and Cressida believes her choices are stark—welcome her husband back to the marital bed and risk a sixth pregnancy she fears will kill her, or lose him forever. With the astonishing discovery that methods exist to enable the innocent Cressida to transform herself into the vixen of her husband’s dreams without expanding her nursery, she seeks to repay the woman responsible for her empowerment…only to discover her unlikely benefactress was, and perhaps still is, her husband’s mistress.
Buy Kindle Version
Buy Paperback Version 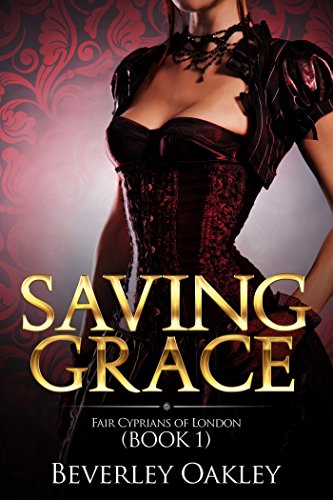 It’s 1878 and London’s most beautiful and hard-hearted prostitute, Grace Fortune, discovers she’ll be the birthday gift for the man who caused her to lose her once-secure position as a housemaid. His betrayal has plunged her into this hated life, and she wants revenge. Will she get something else instead?
Buy Kindle Version 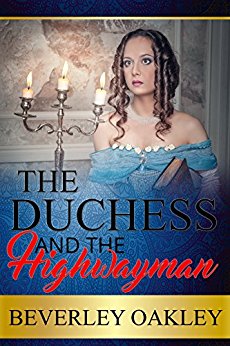 The Duchess and the Highwayman

In a remote Norfolk manor, Phoebe, Lady Cavanaugh is wrongfully accused by her servants of her brutal husband’s murder. There’s little sympathy in the district for the duchess who’s taken a lover and made clear she despised her husband. The local magistrate has also vowed revenge since Lady Cavanaugh rebuffed his advances. When Phoebe is discovered in the forest wearing only a chemise stained with the blood of her murdered husband, she persuades the noble ‘highwayman’ who rescues her that she is Lady Cavanaugh’s maidservant. Hugh Redding has his own reasons for hunting down the man who would have Phoebe tried and hanged for murder. He plans to turn ‘the maidservant with aspirations above her station' into the 'lady' who might testify against the very villain who would see Phoebe dead. But despite the fierce attraction between Phoebe and the 'highwayman', Phoebe is not in a position to admit she's the 'murderous duchess' hunted across the land. Seizing an opportunity to strike at the social and financial standing of the man who has profited by her distress, Phoebe is drawn into a dangerous intrigue. But when disaster strikes, she fears Hugh will lack the sympathy or understanding of her unusual predicament to even want to save her a second time.
Buy Kindle Version
Buy Paperback Version 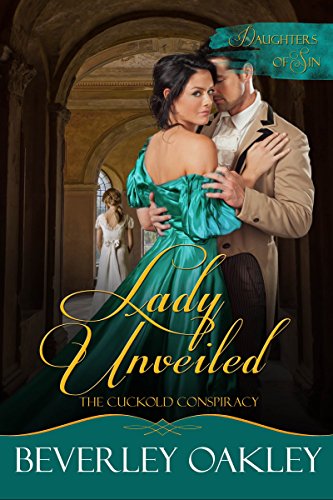 Kitty has the love of the man of her dreams but as London’s most acclaimed actress and a member of the demimondaine, she accepts she can never be kind and handsome Lord Silverton’s lawful wedded wife. When Kitty comes to the aid of shy, accident-prone and kind-hearted Octavia Mandelton, her sense of justice leads to her making the most difficult decision of her life: Give up the man she loves for the sake of honour. For Octavia is still betrothed to Lord Silverton who’d rescued Kitty in dramatic circumstances only weeks before. Cast adrift, Kitty joins forces with her sister, Lissa, a talented artist posing as a governess in order to bring to justice a dangerous spy, villainous Lord Debenham. Complicating matters is the fact Debenham is married to their half-sister, vain and beautiful Araminta. However, Araminta has a dark secret which only Kitty knows and which she realizes she is duty-bound to expose if she’s to achieve justice and win happiness for deserving Lissa and Lissa’s enterprising sweetheart, Ralph Tunley, long-suffering secretary to Lord Debenham. All seems set for a happy ending when Kitty tumbles into mortal danger. A danger from which only a truly honorable man can save her. A man like Silverton who must now make the hardest choice of his life if he’s to live with his conscience.
Buy Kindle Version 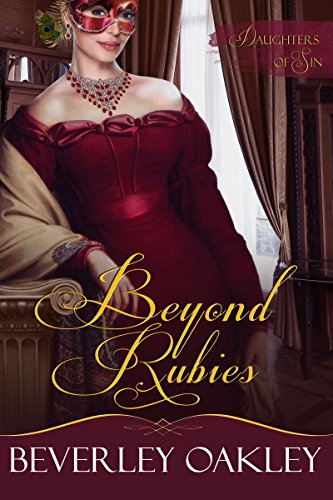 Beyond Rubies (Daughters of Sin Book 4)

London's most celebrated actress, Miss Kitty La Bijou, has almost achieved her heart's desire. Mistress to handsome Lord Nash and the unacknowledged illegitimate daughter of Viscount Partington, she has fame, beauty and the man of her dreams. But the respectability she craves eludes her. When Kitty stumbles across Araminta, her nobly born half-sister, on the verge of giving birth barely seven months after marrying dangerous Viscount Debenham, Kitty realises respectability is no guarantee of character or happiness. However, helping Araminta has unwittingly embroiled Kitty in a scandalous deception involving a ruthless brothel madam, a priceless ruby necklace and the future heir to a dazzling fortune. And when Kitty finally receives an offer of marriage from unexpected quarters, that will seemingly solve all her problems, she must choose. Respectability or love?
Buy Kindle Version
Buy Paperback Version 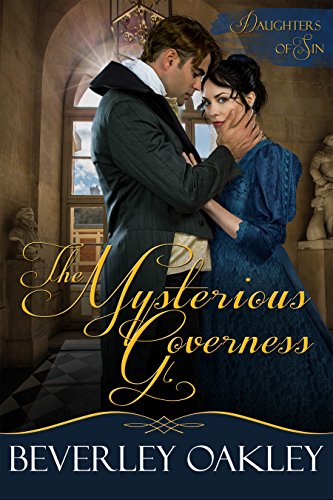 Two beautiful sisters – one an illegitimate governess, the other a celebrated debutante – compete for love amidst the scandal and intrigue of a Regency London Season. Lissa Hazlett lives life in the shadows. The beautiful, unacknowledged daughter of Viscount Partington earns her living as drudge to the social climbing Lamonts while her vain and spoiled half sister, Araminta, enjoys London’s social whirl as its most feted debutante. When Lissa’s rare talent as a portraitist brings her unexpectedly into the bosom of society – and into the midst of a scandal involving Araminta and suspected English traitor Lord Debenham – she finds an unlikely ally: charming and besotted Ralph Tunley, Lord Debenham’s underpaid, enterprising secretary. Ralph can’t afford to leave the employ of the villainous viscount much less keep a wife but as an accepted member of the ton he can help Lissa cleverly navigate a perilous web of lies that will ensure everyone gets what they deserve.
Buy Kindle Version
Buy Paperback Version 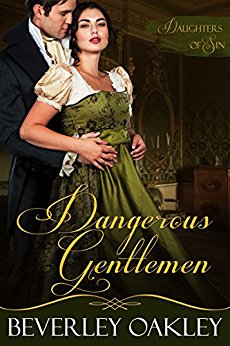 Shy, self-effacing Lady Henrietta was the wallflower beneath his notice…until a terrible mistake has one dangerous, delicious rake believing she's the "fair Cyprian" ordered for his pleasure. Lady Henrietta has always known her place—in her dazzling older sister’s shadow. She’s a little brown peahen to Araminta’s bird of paradise. But when the innocent debutante is mistaken for her common namesake "Hetty" and embroiled in the Regency underworld, she finds herself shockingly compromised by the dashing, dangerous Sir Aubrey, the very gentleman her heart desires. And the man Araminta has in her cold, calculating sights. Branded an enemy of the Crown, bitter over the loss of his wife, Sir Aubrey wants only to lose himself in the warm, willing body of the young “prostitute” Hetty. As he tutors her in the art of lovemaking, Aubrey is pleased to find Hetty not only an ardent student, but a bright, witty and charming companion. Despite a spoiled Araminta plotting for a marriage offer and a powerful political enemy damaging his reputation, Aubrey believes he's been set up to suffer his greatest betrayal at the hands of the little “concubine” who’s managed to breach the stony exterior of his heart.
Buy Kindle Version
Buy Paperback Version 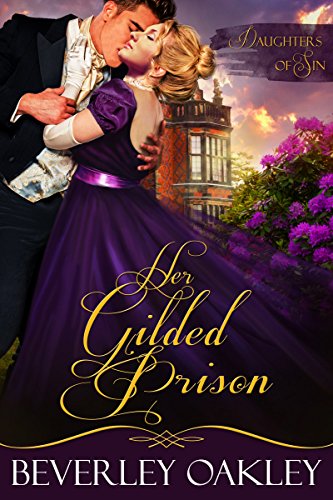 She was determined to secure the succession, he was in it for the pleasure. Falling in love was not part of the arrangement. When dashing twenty-five-year-old Stephen Cranbourne arrives at the estate he will one day inherit, it’s expected he will make a match with his beautiful second cousin, Araminta. But while proud, fiery Araminta and her shy, plain sister, Hetty, parade their very different charms before him, it’s their mother, Sybil, a lonely and discarded wife, who evokes first his sympathy and then stokes his lustful fires. As Stephen introduces Sybil to every pleasure she’s been deprived of, duty and passion become a deep and mutual love. But with the unexpected arrival of a contender to the estate, Sybil realises that what she's set in motion to save the family might have tragic consequences.
Buy Kindle Version
Buy Paperback Version 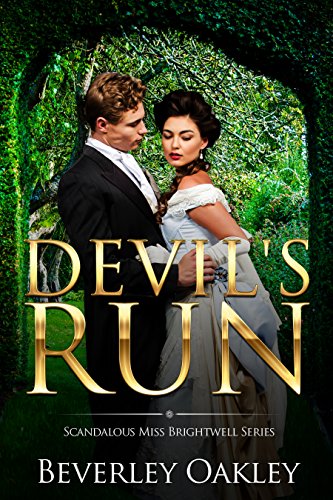 A rigged horse race and a marriage offer riding on the outcome. When Miss Eliza Montrose unexpectedly becomes legal owner of the horse tipped to win the East Anglia Cup, her future is finally in her hands—but at what cost? George Bramley, nephew to the Earl of Quamby, will wager anything. Even his future bride. Miss Eliza Montrose will accept any wager to be reunited with the child she was forced to relinquish after an indiscretion — even if it means marrying a man she doesn't love. But when the handsome and charming Rufus Patmore buys a horse from her betrothed, George Bramley, whose household her son visits from the foundling home, her heart is captured and the outcome of the wager is suddenly fraught with peril.
Buy Kindle Version 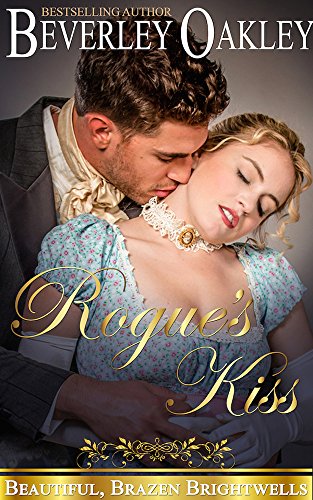 Would a potential suitor be bolder if he were told the object of his desire had only six months to live? Sweet, pretty Thea Brightwell’s dull, quiet life with her crotchety aunt is about to be turned upside down by a visit to Bath and a chance encounter with handsome Mr Grayling. However, the fledgeling affair is quickly nipped in the bud by Thea's aunt who has no intention of losing her unpaid nurse and companion, while Mr Grayling regretfully acknowledges he needs to marry an heiress to restore his family's crumbling fortunes. Unbeknownst to penniless Thea, she has an unlikely champion in her well-meaning but ‘not-too-bright’ Cousin Bertram who has decided to play matchmaker. If the lack of a dowry is the only impediment to Mr Grayling making an offer of marriage, Bertram reasons the gentleman would play a riskier hand if he were told that the damsel he covets were destined for her deathbed within six months? Crotchety maiden aunts, love letters gone astray, and ‘old flames’ appearing from the woodwork lead to a most disconcerting outcome!
Buy Kindle Version 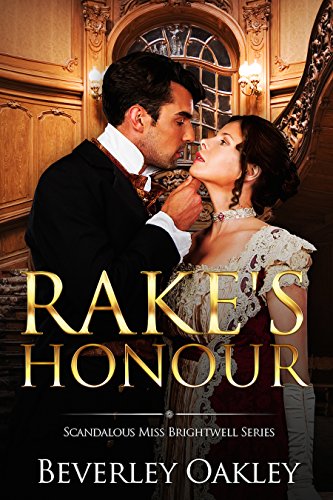