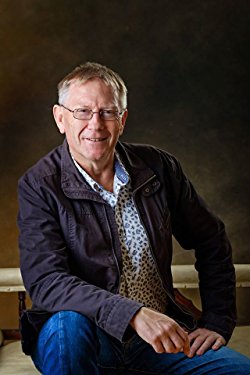 Blair Denholm is a freelance writer and translator who has lived in Moscow, New York, Munich, Abu Dhabi and Australia. He has written content for commercial websites and done corporate voice-over work in English and Russian.

His first novel in the Gary Braswell series, SOLD, was released by Clan Destine Press in November 2017 and is getting rave reviews. He is also working on a murder mystery based on a real event that occurred in Moscow in the late 1980s.

Blair interpreted for the Reagan-Gorbachev summit in Moscow, translated for the Sochi Winter Olympics and voted in a foreign election despite having no eligibility to do so. He was also almost lost at sea on a dilapidated Russian fishing boat sailing from Hobart to New Zealand. He currently resides in Hobart, Tasmania with his partner Sandra and two crazy canines. 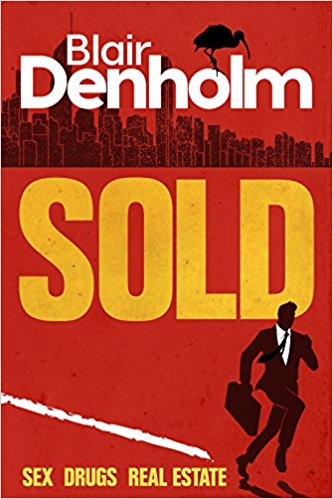 Sex, drugs, real estate ... and violent crime. Comic noir at its best, SOLD is pure narrative protein. "Denholm is a master story teller." Gary Braswell has one chance to pull his life out of the gutter. Success means money - lots of it. Failure means death. Can hard-drinking, cocaine-snorting Gary pull it off? Dodgy real estate agents, nouveau riche Russian émigrés, corrupt federal cops and femme fatales, SOLD's characters jump off the page. Praise for SOLD A neatly executed work of comic grunge. Action packed and fast paced. Numerous story-lines converge in a brilliantly constructed ending. Denholm is a master storyteller. The Gold Coast swelters in record temperatures, and car salesman Gary Braswell's hot under the collar. With sales at rock-bottom, and up to his neck in debt to loan shark Jocko Mackenzie, Gary's sweating on a fat commission from a mysterious Russian couple. If the loan is not repaid, there's more than Gary's kneecaps at stake - his long-suffering wife's also in peril. But Jocko demands more than repayment and has sinister plans for the hapless salesman. Gary turns his skills to real estate and is soon embroiled in the murky world of money laundering. With the federal police sniffing around and Jocko on his tail, Gary concocts an audacious scam. _______________________________________ Dear Reader, if you enjoy noir novels by Irvine Welsh, James Ellroy and Camilla Lackberg, the absurd humor of Tom Sharpe and Joseph Heller, and the story-telling of Elmore Leonard and Janet Evanovich, you're going to get a huge kick out of SOLD.
Buy Kindle Version
Buy Paperback Version
Scroll to top