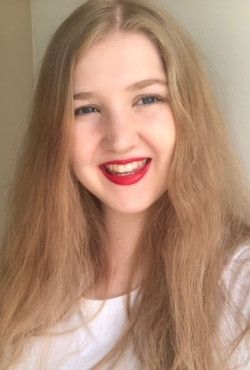 Hi! I'm Bree Porter and I write love stories for all the things that go bump in the night...

I came screaming into the world on Valentine's Day, so I never had any choice but to be obsessed with romance. When I'm not spending my time swooning over mafia romances and sexy capos, I can be found watching terrible movies or ignoring my university assignment deadlines. 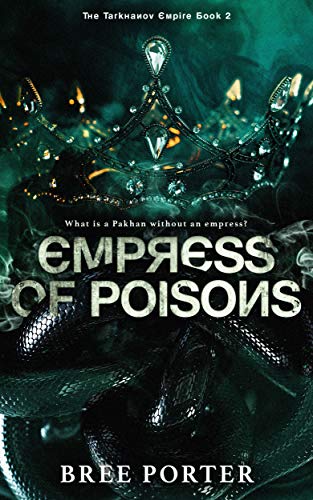 What is a Pakhan without an empress? Three years have passed since the end of Kingpin's Foxglove. Elena Falcone has left her new family and the man she loves, destroying her own heart in the process...the only thing she has left is the blond-haired, green-eyed boy who calls her 'mama'. When her son's life is jeopardized, Elena finds her way back into Konstantin's arms and is forced back into the world she once craved to be free from... Since the betrayal that left his family tearing at the seams, Konstantin Tarkhanov has been fiercely ensuring his rule over Staten Island. In the midst of his growing darkness, a light forms in the shape of the woman who broke his heart...and the child they share. However, Elena and Konstantin's reunion is darkened by the shadows of their enemies. Tensions are growing in New York City, families are ending and blood soaks the sidewalks...Will the Tarkhanov Bratva rise to glory or will this empire fall before it even begins?
Buy Kindle Version 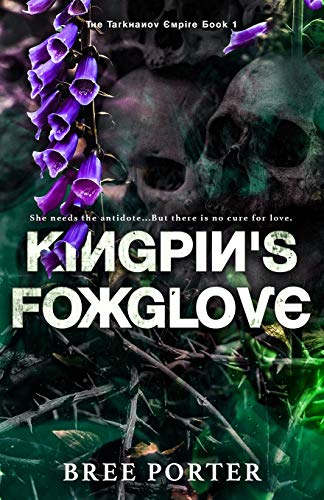 She needs to find the antidote...but there is no cure for love. After a year of marriage, Elena Falcone suddenly finds herself a widow and at the mercy of Konstantin Tarkhanov, Pakhan of the Tarkhanov Bratva. Determined never to return to her hometown, Elena makes a deal with the devil: Heal a sick woman and be granted her freedom...or fail and be returned to her family. Konstantin Tarkhanov has done whatever it takes to build his empire. Now the king of Staten Island, his power has never been greater. But one more obstacle lies ahead of him before he has everything he wants-the wild and intelligent Elena Falcone. Caught up in a complex plot in the world of poisons and gangsters, Elena and Konstantin must overcome many adversaries all whilst dealing with the undeniable connection they share. But not everybody can be trusted and sometimes even those you love are not who they seem.
Buy Kindle Version
Buy Paperback Version 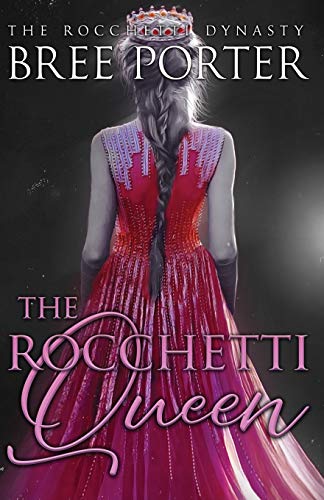 In the shadow of a metropolis, there lives a dynasty that is tearing apart at the very seams... After the sudden brutal death that shook the Chicago Outfit to the core, the balance of the Rocchetti family has never been so unstable. Not only is each Rocchetti determined to gain more power for themselves, but their enemies are also gunning for the organisation. Sophia Rocchetti is struggling through early motherhood, while also dealing with her family's turmoil. Along with her husband, Alessandro 'The Godless' Rocchetti, the two are forced to go to lengths they never thought themselves capable of in order to ensure their family's survival. With opponents at every corner, Sophia must use everything she has and everything she has learnt to ensure her reign over Chicago. Will she succeed or will the Rocchetti Dynasty finally come to an end?
Buy Kindle Version
Buy Paperback Version 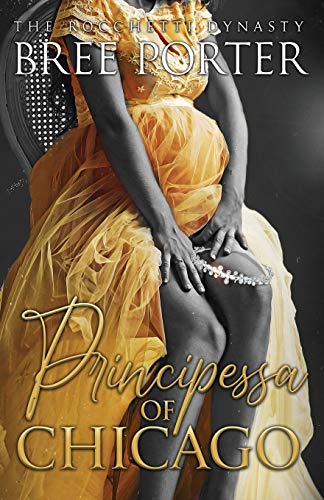 Principessa of Chicago (The Rocchetti Dynasty)

In the outskirts of Chicago, there lives a royal family who have evil running through their blood and darkness in their souls. And now, they are at war. Sophia is still reeling after the shocking news that left her relationship with her family and her husband in tatters. With the birth of her firstborn looming, Sophia finds herself isolated and alone in a new environment...and haunted by the other Rocchetti women who came before her. But the FBI isn't done with the Outfit yet, and they don't plan to stop hunting down her loved ones until they are all gone. Armed with nothing but her cunning and beauty, Sophia must protect her family, her child and her husband, Alessandro, the man who betrayed her and the man she ultimately loves. The past and future collide, promising violence, unless Sophia can find a way to save everyone she loves. Or will she have to make the choice: her sister or her husband?
Buy Kindle Version
Buy Paperback Version 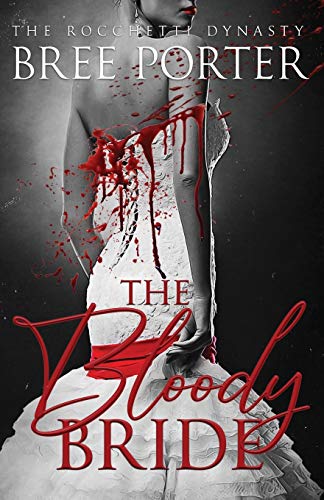 The Bloody Bride (The Rocchetti Dynasty)

In between the towering skyscrapers of the Windy City, there lives a dark underworld where loyalty, violence and blood are all that matters. Sophia always knew her marriage would be arranged and out of her hands, but when her husband-to-be is nonother than the notorious Alessandro 'The Godless' Rocchetti, prince of the Rocchetti family and Capo of Chicago, she finds herself falling into a nightmare. The arranged marriage begins bloody and the violence does not end on their wedding day. Sophia is forced to navigate her new family, her grief, and the brutal world she knows. As well as dealing with her dangerous yet intriguing husband. Secrets and threats surround her from the Feds and criminal world alike. Including the strange occurrences surrounding her sister's death...
Buy Kindle Version
Buy Paperback Version
Scroll to top