Brett McBean was born and raised in the suburbs of Melbourne, Australia. A child of the ’80s, he grew up on a steady diet of He-Man cartoons, Steven Spielberg movies and audio tapes such as Summer Hits ’88. And yet, somehow he managed to turn out normal (well, kinda…). He started playing the drums at age ten and after high school, studied music at Box Hill College, one of Victoria’s most renowned music schools, where he earned an Advanced Diploma. Shortly after completing the music degree, he turned his attention towards writing, and he now prefers to pound the keyboard rather than the drums.
His books, which include The Mother, The Last Motel, The Awakening and the Wolf Creek prequel novel, Desolation Game (co-written with director/screenwriter Greg McLean), have been published in Australia, the US, and Germany, and he’s been nominated for the Aurealis, Ditmar, and Ned Kelly awards. He won the 2011 Australian Shadows Award for his collection, Tales of Sin and Madness. He has a keen interest in true crime, in particular the infamous Jack the Ripper murders of 1888, and most of his fiction deals with true-life horrors, often using real-life crimes as a basis for his stories. He still lives in the wilds of Melbourne with his wife, daughter and German shepherd. 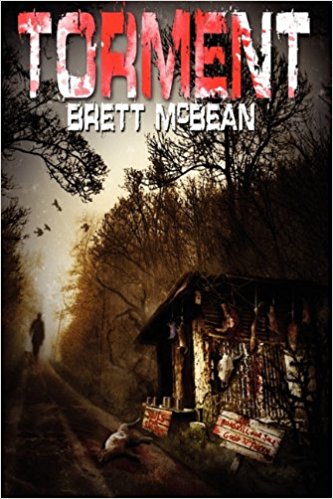 Former jailbird Jim Clayton never was much good at controlling his anger, nor minding his own business. So when he winds up in the tiny mountain town of Billings, Georgia, and witnesses a man attacking a teenage girl named Darlene, he can't help but step in. Unfortunately for Jim, the man is the local Police Chief. And in Billings, the police don't bother with jail for people who assault officers - no, outsiders such as Jim are taken up into the mountains and hunted like wild animals. Only this time, the hunters aren't prepared for a tough ex-con whose will to survive is equal to their bloodlust. Nor a stranger with a most unusual possession - a human soul. A soul he's desperate to sell; a curse he's desperate to be free from. When Darlene buys the soul, unwittingly transferring the curse onto herself, Jim once again steps in to save her, discovering he must face the demons of his past to do so, while fighting to stay alive against the band of savage hunters.
Buy Paperback Version 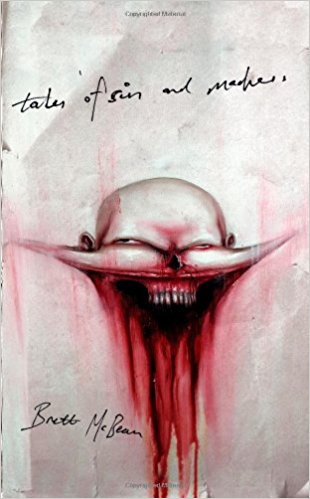 Tales of Sin and Madness

Aurealis and Ditmar award nominated horror author Brett McBean (The Last Motel, The Familiar Stranger, The Mother) continues his exploration of the dark side of the human character by bringing you twenty-one tales of sin and madness. From zombies roaming the Australian outback, to psychopaths roaming New York City, McBean plunges the depths of human depravity, and delves into a sick and sordid world of serial killers, Manson-like cults, even road kill and cheap souls. So pull up a seat in front of the campfire, grab a marshmallow or two, and come and take a journey into the heart of darkness with one of Australia's leading voices in dark fiction.
Buy Paperback Version 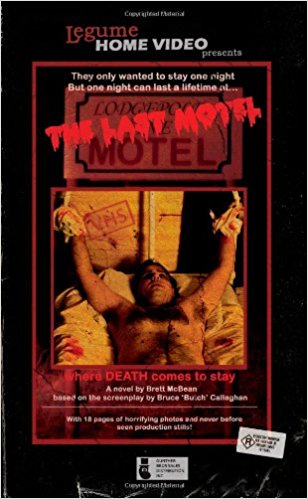 The Lodgepole Pine Motel, is the setting for nerve-wracking terror when a group of unsuspecting travellers find themselves trapped in a nightmare of violence and mayhem. Madge Fraiser is the kindly old owner of the rustic mountain hideaway, which, during one long night, will become awash with blood, as the guests are stalked one by one by a sadistic killer. Who will live to see the dawn, and who will learn that this is one motel where checking in can be murder? They only wanted to stay one night. But one night can last a lifetime at...The Last Motel.
Buy Paperback Version
Buy Hardback Version 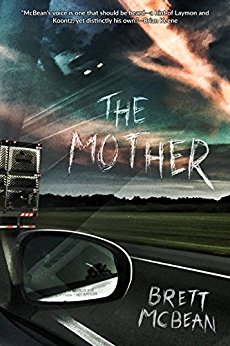 Hitchhiking along the Hume Highway, a woman searches for the man who killed her daughter. Her only clue—left in her daughter’s final phone message—is that the man has a tattoo on his left arm saying "Die Mother." With her daughter dead and with nothing to live for, the mother is on a path of self-destruction. Consumed by guilt and the desire for revenge, her personality and appearance begin to alter. Becoming almost wild, she forgets her real name and where she used to live and work. Each driver she meets on her dangerous journey could be the killer—and each lift she accepts could be her last.
Buy Kindle Version 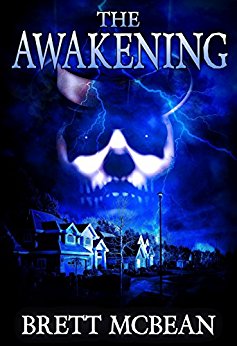 Welcome to the small Midwestern town of Belford, Ohio. It’s a quiet, friendly town. On one corner of Main Street you’ll find Barb’s Corner Store. Opposite you’ll see the town square, with its neatly trimmed lawn and statuesque gazebo. There’s everything you need here. There’s even a local bogeyman. You know the type: reclusive, looks a little strange. The person all the kids are afraid of. Every town has one. Except this one is stranger than most. Meet Mr. Joseph. With his severely crooked neck and nasty facial scar, the old man from Haiti is the one resident all the kids whisper about and are scared to go near. But there are things about Mr. Joseph no one knows about. He has no heartbeat. No breath passes by his lips. And he has been dead for over ninety years. It’s summer vacation and fourteen-year-old Toby Fairchild is looking forward to spending a lazy, carefree summer playing basketball, staying up late watching monster movies, and camping out in his backyard with his best friend, Frankie. But then tragedy strikes. And out of this tragedy an unlikely friendship develops between Toby and the strange old man across the street, Mr. Joseph. Over the course of a tumultuous summer, Toby will be faced with pain and death, the excitement of his first love, and the underlying racism of the townsfolk, all while learning about the value of freedom at the hands of a kind but cursed old man. Every town has a dark side. And in Belford, the local bogeyman has a story to tell.
Buy Kindle Version
Buy Paperback Version
Buy Hardback Version 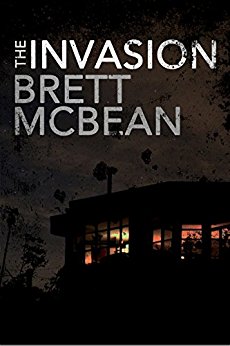 It was supposed to be a quiet end to a long day: five close-knit family and friends settling in for some much-needed sleep after coming together for an early Christmas party. Instead, it’s the beginning of a shocking night of brutality when six intruders break into the sprawling residence of Debra Hillsboro, a middle-aged romance novelist with a fierce devotion to her loved ones and a strong kinship with her home of almost thirty years. Armed with smartphones and a modern brand of madness, the intruders – an internet-age cult disconnected from humanity and addicted to causing fear and mayhem – have come to the secluded property for one purpose: to terrorize, and ultimately kill, everyone inside all while filming their heinous crimes. Outnumbered and cut off from the outside world, the terrified occupants find themselves trapped in a fight for survival as a once place of safety is turned into a deadly maze of darkened rooms and forbidding hallways. On this sweltering summer night, they must somehow find a way to escape before the cult turns the beloved home into a house for the dead.
Buy Kindle Version
Buy Paperback Version
Scroll to top