Castro was born in Hong Kong and has lived in Australia since 1961. Currently he is Chair of Creative Writing at the University of Adelaide and Director of the J.M. Coetzee Centre for Creative Practice. His publisher is Giramondo Publishing.

In 2014 he won the Patrick White Award for Literature for his contribution to Australian Literature.[5] 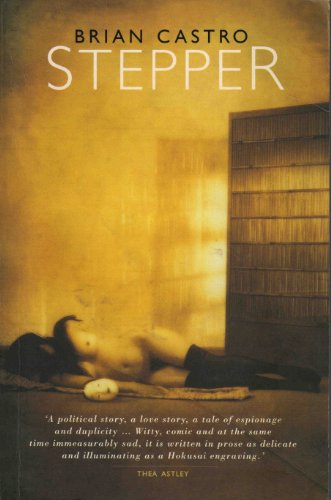 Nominally a spy thriller, Stepper is based on the real exploits of pre-war Russian spies operating in Japan. It is an existential study of a spy who, in a world where identity is not a fixed idea, fails to secure his own stable identity.
Buy Kindle Version
Buy Paperback Version
Scroll to top