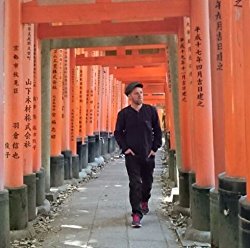 Brian Craddock began his artistic career as a touring puppeteer before moving onto underground comics as both writer and illustrator, then dabbling at documentary film-making before finally working as special effects makeup artist for film and theatre (Disney's The Lion King musical was the feather in his cap from that exploration). All throughout these ventures he was always writing, but it is only in recent years that the fruits of those labours have seen earnest yield.

He has travelled throughout Pakistan and Indonesia, and both those countries have much bearing upon his fiction. Comedy and horror are his go-to genres, although he is currently completing a novel of speculative fiction about his time spent in Australia's Goth subculture. 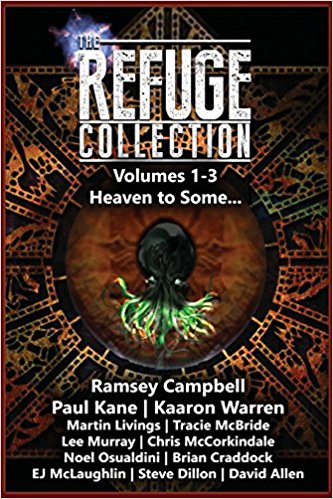 The Refuge Collection Book 1: Heaven to Some

The Refuge Collection is a collection of dark, supernatural and terrifying tales set in and around the mythical town of Refuge, where every house is different, and so are the people who live there. People seek Refuge for all sorts of reasons, sometimes without recalling why or how they arrived. Leaving is a different matter. The town is often described by those who live there as 'Heaven to Some, Hell to Others.' The Refuge Collection is also a collection of award-winning (and emerging) writers and artists who've come together from across the world to build our little town of Refuge. Each writer has added to the places, people and events that take place in Refuge, slowly building the mythology and adding to the slowly revealed plot. There are 6 volumes of 6 tales from Refuge, mostly intended to be short, stand-alones to enjoy by lamplight, sitting on a bench in a churchyard, or even on the late night commuter train. These are tales to make your hair stand on end, pump your blood a little faster, and hopefully fill your head with visions and dreams you'll remember for a very long time. 'We all need refuge at some point in our lives, but some people need Refuge a little more.' *All profits will be donated to Sanctuary Australia Foundation and Refugee Action UK.
Buy Paperback Version
Buy Hardback Version 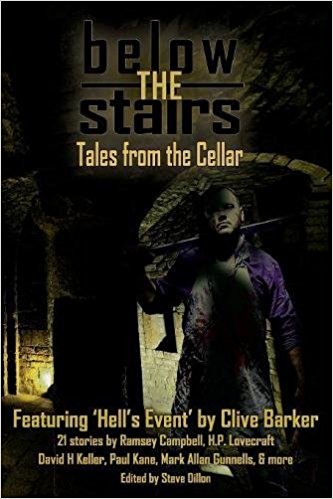 Below the Stairs: Tales from the Cellar

This, the second in our 'Things in the Well*' series of anthologies, contains 21 short, scary tales from below the stairs. A common theme, each story is longer than the preceding one, adding to the effect of being drawn down the stairs into a gloomy cellar. to present the best tales we could find, we've included a few reprints from some of the world's best horror writers (Ramsey Campbell, Clive Barker, H.P. Lovecraft, Paul Kane) plus new tales from modern masters and stories by some (as yet) lesser known writers. The Thing in the Cellar by David H. Keller The Root Cellar by Toby Bennett The Basement Apartment by Mark Allan Gunnells Trapped by Theresa Derwin Purgatory in Perpetuity by David Turnbull The Cellars by Ramsey Campbell Breeding Black by Chad Lutzke The Memory Man by Steve Dillon Bloodworms by Noel Osualdini Below Deck by K.N. Johnson An Endless Echo in Every Empty Space by Matthew R Davis The Vaults by Katherine Wielechowski Creakers by Paul Kane The Bone Vine by Erin Cole The Stairwell by Chris Mason Below Ground by Charlie Walls Hell's Event by Clive Barker The Watchman by Brian Craddock Eyes of Glass by Stephen Herczeg Under the Pyramids by H.P. Lovecraft with Harry Houdini Warding by Kev Harrison 70 *The first 'Things in the Well' anthology is "Between the Tracks - Tales from the Ghost Train" and is available separately.
Buy Paperback Version
Scroll to top