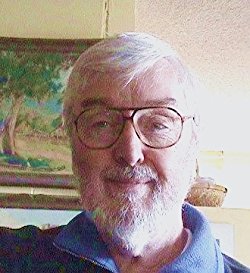 After a lifetime making films, I have a new life writing cozy mysteries.
Author of Belinda Lawrence mystery series,
CAPABLE OF MURDER,
THE EMBROIDERED CORPSE,
BLOODY HAM,
A CANTERBURY CRIME,
A WICKED DESIGN
MURDER ON THE ISLAND
I'm proud to have a Lifetime Achievement Award from the Australian Film Editors Guild and an Australian Film Institute award for Best Editing for the children's film, Frog Dreaming. Proud also of my first feature film, which I produced and directed, A City's Child, which won an AFI award for actress Monica Maughan and was invited to screen at the London Film Festival as well as Edinburgh, Montreal, Chicago and Adelaide, where it won the Gold Southern Cross Advertiser Award for Best Australian Film, all in the days when most of you were a mixture of multiplying cells, when the world hadn't heard of Australian films (apart from the dear departed, Chips Rafferty) and therefore was a neater and cleaner place. I am also a member of the Australian Society of Authors. 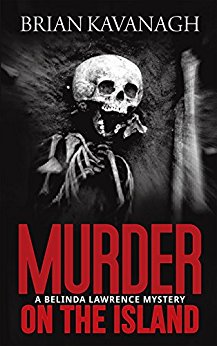 Murder on the Island (A Belinda Lawrence Mystery)

Belinda and Hazel find themselves on the island of Guernsey where they are invited by Sir Mark's mother, Melba, Lady Sallinger. Other house guests include her parents, a handsome interior designer, a slovenly bookseller, a Jesuit priest, and Catherine, a mysterious woman writer. Soon after, the residents of the old Tudor mansion are thrown into confusion with the discovery of human remains buried in the garden. The priest tells of the Guernsey Martyrs, burned alive in 1556 for theft, and he believes a silver cup from that theft, is hidden in the house. One murder and a second mysterious death lead to revelations of past crimes that resonate to the present day and result in an exciting resolution tinged by the island's history of Nazi occupation.
Buy Kindle Version
Buy Paperback Version 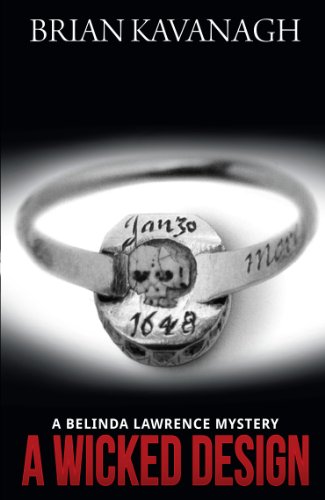 Belinda Lawrence returns to her home town of Melbourne, to discover a murder that’s close to her heart. A murder which leads to the seat of political power, Parliament House. The various threads of deceit and intrigue are gradually unravelled and, with Hazel Whitby at her side, Belinda is confronted by warring political factions. The mystery deepens with the discovery of a priceless historical item, of value to both political powers, and which places Belinda’s life in jeopardy. The gregarious Major; An enigmatic university Professor; Two colourful antique sellers; Eccentric retired music-hall entertainers; And Belinda’s partner, Mark Sallinger… …all immersed in the scheming and covert encounters besieging Belinda as she solves her most challenging mystery.
Buy Kindle Version
Buy Paperback Version 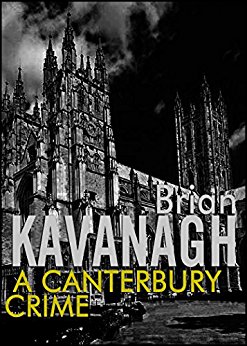 The ancient walled city of Canterbury has held many secrets over the centuries. But none are more mysterious than the death of Professor de Gray. When the amateur detective Belinda Lawrence is called in to evaluate the contents of the Professor's Tudor Manor House, she suspects foul play. But why would anyone murder a harmless academic? De Gray was about to publish a book that he promised would re-write the history of St Thomas Becket, who was murdered in the Cathedral in 1170. Could that be a motive? As she starts to investigate, Belinda uncovers an intricate web of secrets that leads to the killer - but which also threatens her life. A Canterbury Crime is a brilliant re-invention of the classic English village murder mystery, following on from the best-selling Capable of Murder. Belinda Lawrence is a lively young heroine who pits her intellect against cold-blooded and ruthless killers - a character who is among the most memorable and engaging in modern detective fiction.
Buy Kindle Version
Buy Paperback Version 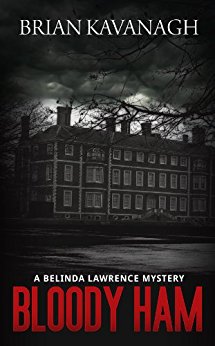 The third adventure for Belinda and Hazel continuing the pace and humour that readers have come to acknowledge and appreciate. Excitement and tension begin on the first day of filming a Restoration drama on location at the historic Jacobean mansion, Ham House in Surrey when one of the leading players collapses and dies. With the death ruled non-accidental the director, producer and members of the cast are all suspects. An award winning Hollywood star is brought in to replace the dead actor and Belinda is employed as her stand-in. When another member of the crew is found stabbed to death, Belinda is forced to prove her innocence. In all this tumult, Belinda finds herself torn between her longtime English lover, Mark and the energetic and exuberant Australian, Brad she met again on a trip to Australia.
Buy Kindle Version
Buy Paperback Version 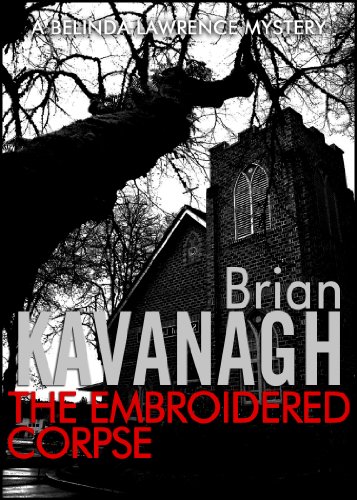 In a quiet English village two bodies are discovered. Both murdered. But it is the manner of the death that most startles amateur detective Belinda Lawrence. They were both slain in a way that perfectly replicates the death a medieval English king. But why? There appears to be no motive for so elaborate a crime. But after she stumbles across a mysterious ancient tapestry, Belinda Lawrence and her associate Hazel Whitby are drawn into a terrifying conspiracy involving a bizarre religious cult, an enigmatic academic, a group of secretive monks -- and a mystery that dates back nearly a thousand years old. And it soon becomes apparent that The Embroidered Corpse will not be the last dead body - Belinda's own life is at stake. The Embroidered Corpse is a brilliant re-invention of the classic English village murder mystery, following on from the best-selling Capable of Murder. Belinda Lawrence is a lively young heroine who pits her intellect against cold-blooded and ruthless killers - a character who is among the most memorable and engaging in modern detective fiction.
Buy Kindle Version
Buy Paperback Version 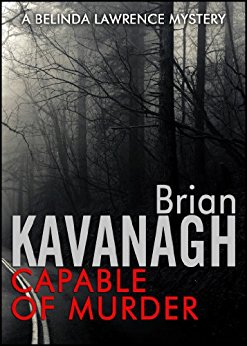 An old lady's decaying body is found lying at the bottom of the stairs. The police believe it was simply an accidental fall that killed great-aunt Jane. But was it? When the young Australian Belinda Lawrence inherits her great-aunt's ancient cottage and garden on the outskirts of Bath she is convinced it was murder. Her unexpected legacy comes shrouded in mystery. A secret room. Unknown intruders. A hidden ancient document. And then a second terrible killing. Suddenly Belinda Lawrence is plunged into a terrifying mystery. Half of the village seem capable of murder. And if she can’t find out who the killer is, she may be next. Capable of Murder is a brilliant re-invention of the classic English village murder mystery. A lively young heroine pits her intellect against a cold-blooded and ruthless killer, both determined to solve the riddle of an ancient garden. Perfect for fans of Peter James, Elizabeth George and Peter Robinson.
Buy Kindle Version
Buy Paperback Version
Scroll to top