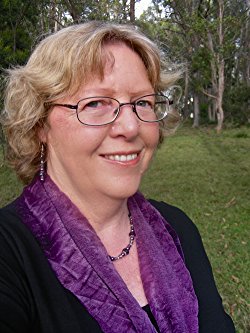 Bronwyn Parry’s six romantic thrillers set in remote areas on the edge of the Australian outback combine the emotion of a contemporary romance with the tension of a fast-paced crime plot. Her books have been published in Australia, the UK, Germany and the Czech Republic. Her novels have won or been shortlisted for numerous awards, including the Romance Writers of America’s prestigious Golden Heart, RITA, and Daphne du Maurier awards, the Australian Romance Readers awards for Favourite Romantic Suspense, and her fifth novel, Storm Clouds, is the first romantic suspense novel to be shortlisted for the Davitt Awards for crime fiction by Australian women.

The North Wind, a Christmas novella, is a slight change of pace from Bronwyn’s usual gritty romantic thriller. It’s set in the same small town as the books in the Dungirri series, and there is a mystery to solve – but it’s not quite as gritty and dangerous as the other books. It is Christmas, after all.

Bronwyn lives on 100 acres of beautiful Australian bushland, abounding in wildlife - kangaroos, wallabies, echidnas, sugar gliders, quolls, and koalas - and travels extensively through rural and outback areas of the country. 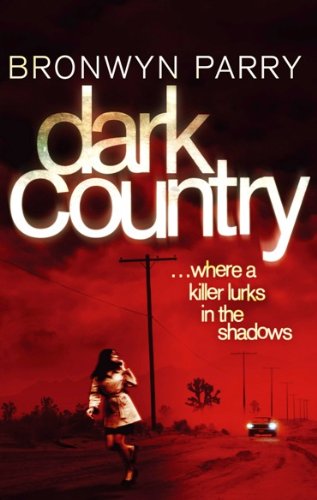 Most people in the small town of Dungirri have considered Morgan 'Gil' Gillespie a murderer for eighteen years, so he expects no welcome on his return. What he doesn't expect is the discovery of a woman's tortured body in the boot of his car, and new accusations of murder. Wearied by too many deaths and doubting her own skills, local police sergeant Kris Matthews isn't sure if Gil is a decent man wronged by life, or a brutal criminal she should be locking up. But she does know that he is not guilty of this murder - because she is his alibi . . . Between organised crime, police corruption and the town's hatred, Gil has nowhere to hide. He needs to work out who's behind the murder before his enemies try to harm the few people he cares about. Kris is determined to help him, but will their search for the truth make her the next target?
Buy Kindle Version
Buy Hardback Version 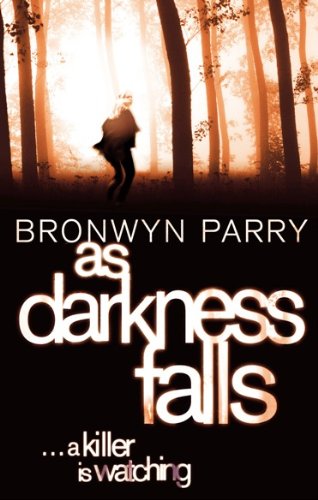 An abducted child. A ruthless killer. A race against time. Haunted by her failures, police detective Isabelle O'Connell is recalled to duty by detective Alec Goddard to investigate the abduction of yet another child from her old home town. With the killer playing a game of cat and mouse they have only days in which to find the girl alive, but they have very few clues, a whole town of suspects and a vast wilderness to search. For Isabelle, this case is already personal; for Alec his best intentions to keep it purely professional soon dissolve. He starts to think of the missing child as if she were his own, and his anguish over Bella's safety moves beyond just his concern for a colleague. Their mutual attraction leaves them both vulnerable to their private nightmares - nightmares that the killer ruthlessly exploits . . .
Buy Kindle Version
Buy Hardback Version

Ranger Jo Lockwood is often alone in the wilderness, and she likes it that way - until she discovers the body of a man, brutally murdered. Award-winning romantic suspense from Bronwyn Parry. Favourite Romantic Suspense Novel, 2012 (Australian Romance Readers Association) Romantic Suspense Finalist (Romance Writers of America, RITA Awards) The national parks where Ranger Jo Lockwood works, on the edge of the New South Wales outback, are untamed stretches of dry forest cut through with wild rivers. She's often alone, and she likes it that way - until she discovers the body of a man, brutally murdered, in a vandalised campground. Detective Senior Sergeant Nick Matheson knows organised crime and gang violence from the inside out. He's so good at undercover work that his colleagues aren't sure which side he's really on. His posting to Strathnairn is supposed to be a return to normal duties, but the murder victim in the campground is only the first of Jo's discoveries. As Jo and Nick uncover drugs and a stash of illegal weapons, the evidence points towards locals - young men already on the wrong side of the law. But as far as Nick's concerned, it doesn't add up. When the body count starts mounting - each brutally punished before death - he becomes convinced that one person is behind the killings, one person is manipulating the men to commit horrific crimes, forming them into his own private drug-dealing cartel. Jo has seen the man's face, and now she's his next target. Nick's determined to protect her, but trapped in the rugged outback he and Jo will have to act quickly if they are going to survive. Book 1 in the riveting Goodabri series. STORM CLOUDS is Book 2; SUNSET SHADOWS is Book 3. **INCLUDES BONUS CHAPTERS of STORM CLOUDS and SUNSET SHADOWS** Praise for Bronwyn Parry: 'Loyalty and romance combine with action to make a memorable story.' - WEEKEND AUSTRALIAN '[Bronwyn] remains firmly in my autobuy list.' - BOOKTOPIA'S ROMANCE BUZZ
Buy Kindle Version
Buy Paperback Version 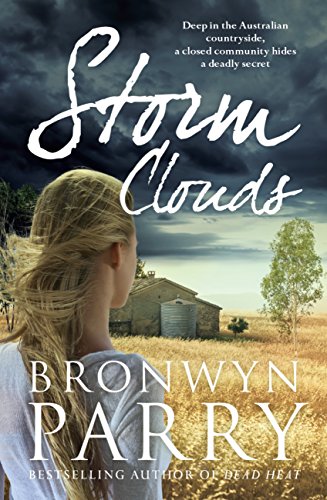 Deep in the Australian wilderness a secretive community hides a deadly secret in the gripping new novel from award-winning romantic suspense author, Bronwyn Parry. He can make you believe in the ultimate lie . . . Life is falling into place for National Parks ranger Erin Taylor. She has a job she loves, she's falling for her colleague, Simon - and she is finally leaving the past behind. Until a woman is murdered. But the victim is not just any woman - she's Simon's wife, Hayley. The wife he's not mentioned to Erin. The wife he's not seen in fourteen years. On the edge of the national park, the alternative lifestyle community of 'Simple Bliss' denies knowing Hayley, but Simon and Erin suspect otherwise. As Simon uncovers shocking details about the group, Erin is drawn further into their midst and finds a web of lies, decades old - and a charismatic, manipulative, dangerous cult leader who will let nothing and no-one stand in his way. On the wrong side of a river in flood that has become a lethal torrent, Erin and Simon must race to expose the truth and prevent a tragedy. Award-winning, romantic suspense author Brownyn Parry's STORM CLOUDS will have you reading late into the night... PRAISE for Bronwyn Parry's novels: 'There is a strong romantic plotline even while the suspense is so well maintained the novels [AS DARKNESS FALLS and DARK COUNTRY] qualify as rattlingly good crime reads.' The Australian 'Bronwyn Parry proves once again that crime is not just the provenance of cityscapes in her genuinely chilling third romantic suspense novel [DEAD HEAT]. Fans of Parry's previous novels will notice a darker tone ... a willingness on Parry's part to push deeper into the crime aspect and the most sinister side of humanity. New readers should enjoy the extra layer of suspense that the growing emotional connection between the main characters provides ... A plot so successfully suspenseful that I stopped reading it before bed!' Australian Bookseller & Publisher, 4 Stars
Buy Kindle Version
Buy Paperback Version 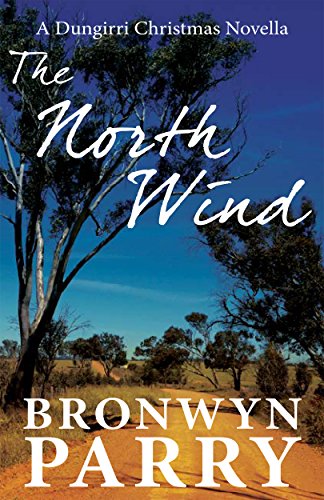 It's Christmas in the outback town of Dungirri, and Angie Butler has returned to her old home, perhaps for the last time. Her life is elsewhere, and the ties that have for decades bound her family to the struggling town and its old hotel may soon be broken. But the arrival of two strangers in town – Owen Caldwell and his grandfather – along with the hot, dry, north wind herald a time of challenge and unexpected change. Owen has no idea why his grandfather has quietly insisted on this Christmas visit to Dungirri, a town he's never been to. But the old doctor has a final quest, and as long-held secrets come to light and Owen and Angie use their skills to assist those in need, they both must decide where they belong, and where their future is.
Buy Kindle Version
Buy Paperback Version 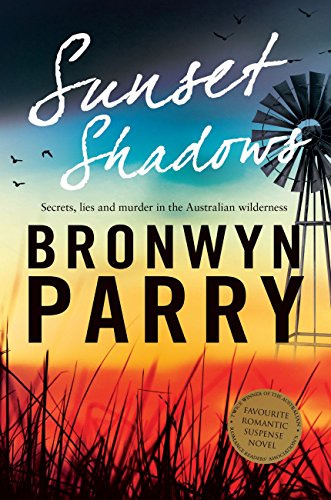 Secrets, lies and murder in the Australian wilderness... A nail-biting novel of romantic suspense by the award-winning author of DEAD HEAT and STORM CLOUDS, Bronwyn Parry 'Dammit, Tess, he doesn't seem worth protecting.? 'I'm not protecting him, Sarge,' she said. She dropped her gaze, biting her lip, and for the first time in his experience she spoke in a small voice. 'I'm protecting me.? For police officers Steve Fraser and Tess Ballard, a split-second decision saves the lives of fifty members of a cult ­- but also puts their careers on the line. Tess's work is everything to her; she's forged a new life through sheer determination, so when her past returns to haunt her, Steve must race through wild country if he is to save the people he most cares about. In SUNSET SHADOWS, the thrilling new novel by multi-award-winning author Bronwyn Parry, you will feel immersed in the dramatic beauty,isolation, wind and the sun of the deep Australian bush - and its sinister shadows . . . The third book in the page-turning Goodabri series. Book 1 is DEAD HEAT; Book 2 is STORM CLOUDS. INCLUDES BONUS CHAPTERS of STORM CLOUDS '[Bronwyn] remains firmly in my autobuy list' - BOOKTOPIA'S ROMANCE BUZZ 'beguiling mix of Australian bush, appealing characters and light romance' - READPLUS on STORM CLOUDS
Buy Kindle Version
Buy Paperback Version 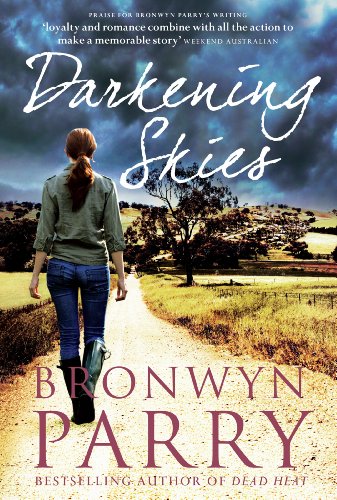 Deadly secrets lurk in a tiny country town in this suspenseful story by Romance Writers of America award-winning author Bronwyn Parry. For eighteen years, a black hole in Mark Strelitz's memory has concealed the truth: that he was the driver of a car in which a young woman died. Now he needs to set the record straight. Not much would drag investigative reporter Jennifer Barrett back to her hometown of Dungirri - except new questions about her cousin's death. She knows too well the whiff of corruption and cover-up, and she's determined to find the truth behind Mark's startling revelations. But someone is trying to keep Mark silent and stop the investigation before it even begins. DARKENING SKIES is the third novel in Bronwyn Parry's award-winning Dungirri series. The other two novels in the series are AS DARKNESS FALLS and DARK COUNTRY; all are page-turning Australian fiction at its very best. **Includes bonus chapters of Bronwyn's latest thriller, SUNSET SHADOWS** Bronwyn Parry: WINNER, Romance Writers of America Golden Heart Award (2007) FINALIST, Romance Writers of America RITA Awards (2010, 2013) FINALIST, Daphne du Maurier Award for Romantic Suspense (2010, 2013) Praise for DARKENING SKIES: 'This gripping tale mixes suspense with romance.' -- WOMAN'S DAY 'a good example of the small-town romantic suspense genre' -- SUN HERALD
Buy Kindle Version
Scroll to top