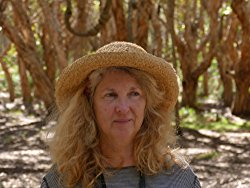 Bronwyn Rodden was born in Sydney, Australia, but now lives on the Mid North Coast of NSW. She won the Patricia Hackett Prize (for short fiction) in 1992 and was selected for the first New Poets Program Workshop (Scarp). She holds an MA Writing from UTS and her poetry and short fiction have been published in literary journals in Australia and the U.K. and broadcast on radio. She was awarded an Emerging Writer Grant by the Australia Council for the Arts and a residency at the Writers Cottage, Bundanon. She was also selected for the 2009 QWC/Hachette Publishing manuscript retreat. She has released her first novel, The Crushers, on Amazon Kindle and another novel, Life at Sea, was shortlisted for the Amazon Breakthrough Novel of the Year Competition 2012. Bronwyn is also a visual artist and has held solo exhibitions in Sydney and Bellingen. 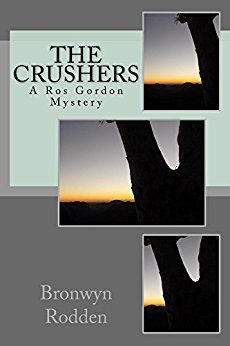 Winner of the Patricia Hackett Prize for short fiction, Bronwyn Rodden has launched her novel that was selected for the Hachette/Queensland Writers Centre Manuscript Retreat in 2009. The Crushers is a mystery set in the Blue Mountains of NSW. ‘This is crime fiction set in the distinctively Australian Blue Mountains, revolving around Detective Ros Gordon and her colleagues as they aim to uncover the circumstances of the grizzly death of a young woman whose body has been found abandoned in a cave… the setting is beautifully evoked... the vivid sense we quickly gain of their mystique and threat is almost palpable, further drawing us into the story with a real appreciation of its setting.’ Kate Ballard
Buy Kindle Version
Buy Paperback Version
Scroll to top