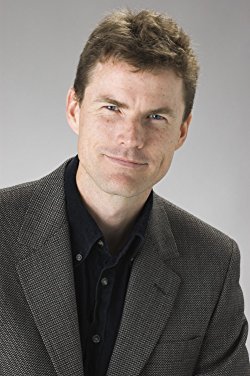 Bruce McCabe was born in 1969 and lived in Kenya, Fiji and Japan before settling in Australia. He graduated in science from the University of Sydney and worked for a variety of tech firms before making his name as an expert on human factors in technology adoption and innovation. He has authored more than three hundred essays, speculative pieces and magazine & journal articles, holds a PhD in computer science, and for several years wrote a provocative weekly column for The Australian, the country’s only national broadsheet newspaper. He travels widely as a public speaker and advisor to businesses, governments and science labs, writes constantly, and lives in Sydney with his wife, two children and a Staffordshire bull terrier named Suzi. Skinjob is his first novel.
Bruce can be found online at www.brucemccabe.com 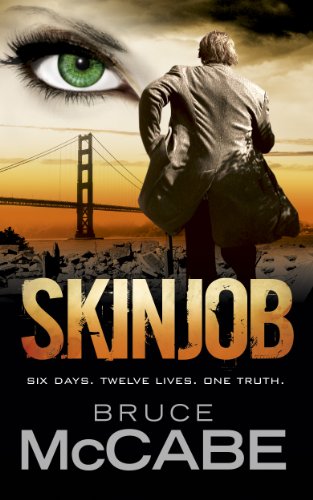 SOCIETY IS DIVIDED. Silicon Valley has taken virtual sex to the extreme, encouraging men to act out their darkest and most violent sexual fantasies. Militant feminists and churches are bitterly opposed. Powerful corporations battle for market control. In the midst of a fierce protest campaign, a bomb goes off in San Francisco. TWELVE ARE DEAD. Daniel Madsen is one of a new breed of federal agents armed with a gun, a badge and a handheld lie detector. He’s a fast operator and his instructions are simple: find the bomber before he strikes again. A NIGHTMARE AWAITS. Madsen plunges headlong into a sleazy, unsettling world where reality and fantasy are indistinguishable, exploitation is business as usual and the web of corruption extends all the way to Washington … only to discover the stakes are higher than he could ever imagine.
Buy Kindle Version
Buy Hardback Version
Scroll to top