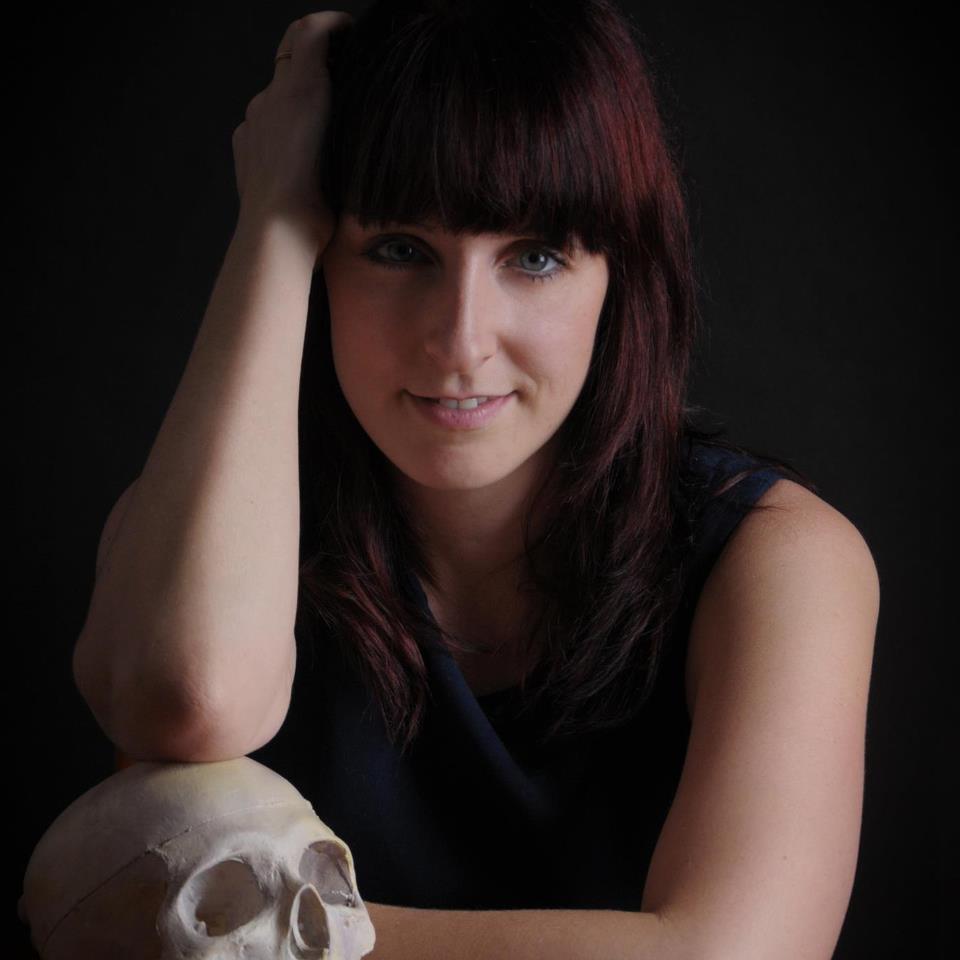 Candice Fox is the middle child of a large, eccentric family from Sydney’s western suburbs composed of half-, adopted and pseudo siblings. The daughter of a prison parole officer and an enthusiastic foster-carer, Candice spent many of her early Christmases travelling to a Sydney correctional facility in the family minibus to knock on prison cell windows, run around the razor-wired yard and eat fruitcake prepared by inmates. While her mother and stepfather developed an ever-growing mob of Sydney’s most disadvantaged children throughout her later youth, entertainment had to be cheap. She spent her school holidays exploring free, open spaces – farms, bushland and cemeteries.

As a cynical and trouble-making teenager, her crime and gothic fiction writing was an escape from the calamity of her home life.

Bankstown born and bred, she failed to conform to military life in a brief stint as an officer in the Royal Australian Navy at age eighteen. At twenty, she turned her hand to academia, and taught high school through two undergraduate and two postgraduate degrees. In 2015, she began collaborating with best selling author James Patterson on a series of books featuring Detective Harriet ‘Harry’ Blue.

Candice’s books Hades, Eden and Fall are published with Random House Australia and are in multiple translations. Hades and Eden both won Ned Kelly Awards presented by the Australian Crime Writers Association. 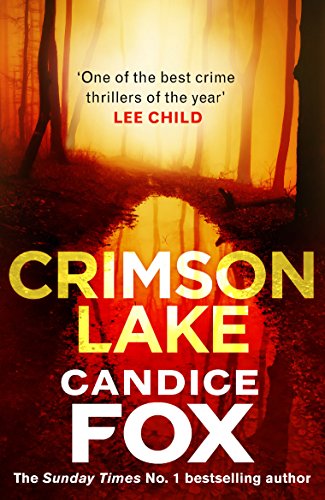 From the New York Times bestselling co-author of Never Never. Read the brand new voice in crime that Lee Child, Harlan Coben and James Patterson are raving about. Six minutes. That’s all it takes to ruin Detective Ted Conkaffey’s life. Accused but not convicted of Claire’s abduction, he escapes north, to the steamy, croc-infested wetlands of Crimson Lake. Amanda Pharrell knows what it’s like to be public enemy no.1. Maybe it’s her murderous past that makes her so good as a private investigator, tracking lost souls in the wilderness. Her latest target, missing author Jake Scully, has a life more shrouded in secrets than her own - so she enlists help from the one person in town more hated than she is: Ted Conkaffey. But the residents of Crimson Lake are watching the pair’s every move. And for Ted, a man already at breaking point, this town is offering no place to hide . . .
Buy Kindle Version
Buy Paperback Version 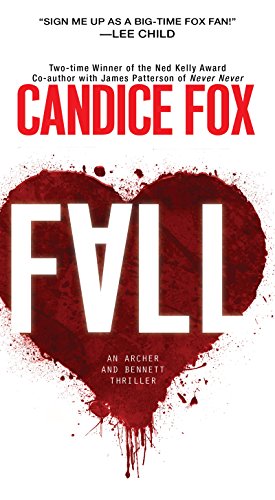 Fall (An Archer and Bennett Thriller)

Before the blood, before the screaming, before the fall . . . The first victim is discovered on the edge of the park. Young. Female. Beautiful. Or at least she was before her face was destroyed. Homicide detective Frank Bennett suspects that this is a first kill. And it won’t be the last. To stop a serial killer in the making, Frank will have to place his faith in his beautiful, dangerous partner Eden Archer—a cop who moonlights as a killer . . . Eden knows the temptation of evil. Her intimate knowledge of the relentless forces that drive a killer gives her a unique edge. But with each jogger found brutally murdered in Sydney’s pristine parks, Eden can see where the investigation is headed. And it gives her a feeling she hasn’t felt in a long time. A fear she’s never known. A fear she can’t escape. A fear that, after all these years, she will have to face . . . Praise for Candice Fox and Her Archer and Bennett Thrillers “A bright new star of crime fiction.” —James Patterson “Definitely a writer to watch.” —Harlan Coben “Grim, gritty, fast-paced.”—Library Journal (starred review) “Nail-biting, riveting, right through to the gruesome, surprising finale.” —Publishers Weekly (starred review)
Buy Kindle Version
Buy Paperback Version 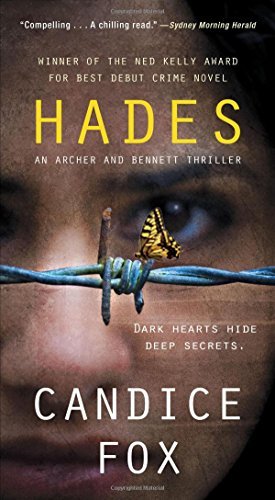 Hades (An Archer and Bennett Thriller)

“Compelling . . . A chilling read.” —Sydney Morning Herald Winner of the Ned Kelly Award for Best Debut Crime Novel Twenty years ago, two children were kidnapped and left for dead . . . Homicide detective Frank Bennett has a new partner—dark, beautiful, coldly efficient Eden Archer. Frank doesn’t know what to make of her, or her brother Eric, who’s also on the police force. Their methods are . . . unusual. But when a graveyard full of large steel toolboxes filled with body parts is found at the bottom of Sydney harbor, unusual is the least of their worries. For Eden and Eric, the case holds chilling links to a scarred childhood—and the murderer who raised them. For Frank, each clue brings him closer to something he’s not sure he wants to face. But true evil goes beyond the bloody handiwork of a serial killer—and no one is truly innocent . . . Praise for Hades, winner of the Ned Kelly Award “A little bit Dexter, a little bit procedural, overall a great first novel.”—Australian Crime Writers Association “Fast-paced, with unusual protagonists and dark, disturbing scenes.”—Library Journal “Horrors abound in Australian author Fox’s gritty police procedural. Readers will look forward to the sequel set in this not-for-the-squeamish nightmare world down under.”—Publishers Weekly
Buy Kindle Version
Buy Paperback Version
Scroll to top