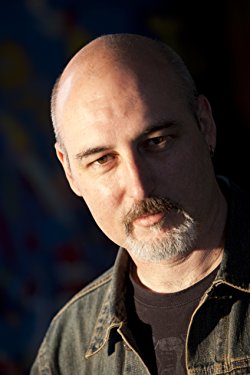 Carl Lakeland lives on a property with his wife in the sleepy town of Snake Valley, 36 kilometres south west of Ballarat in Australia. Lakeland grew up during the early seventies, western suburbs of Sydney. Having enlisted into the military at the age of seventeen, he draws on his experience to create powerful and engaging speculative fiction.

“Sometimes, I can’t let things be,” says Lakeland. “I write stories with passion that others might see as being obsessive. I live and breathe it. I dream it when I sleep. But I never write down my dreams. If I can’t remember those things I’ve dreamt, they’re not important enough.”

Lakeland’s stories revolve around the element of ‘what if?’ He pushes the boundaries of his stories to the edge of the Official Secrets Act, which will leave the reader wondering about the aspect of creative license, or the possibility of fact in his writing. Either way, the reader will be left to make up their own mind. His books are fast paced, edge of your seat thrillers which are distinctively written in a way that will have the reader guessing which way the story is about to head.

“As a writer, unpredictability is key essence. If I write something that can be foreseen in coming chapters, it’s not good enough. I will scrap it. My goal is to keep the reader wondering, even sometimes to the detriment of my good guys!” 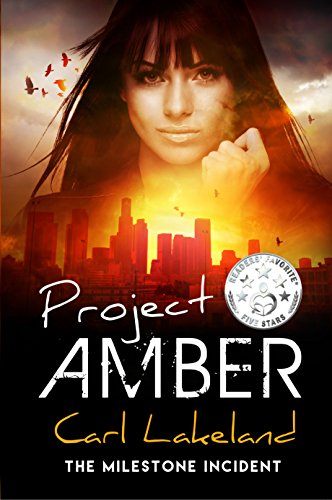 What if destiny set an unexpected path and everything changed? And when the truth finally emerges, Angel's life will be forever transformed. Angel is gutsy, clever, and as a journalist, she's never afraid to break a controversial story. How was she to know her life will hit a wall and take a sharp left turn. What will she do when she discovers her life was planned from the beginning? How will she handle being suddenly thrust into the intelligence community, then learns of a secret project, and an ASIO mission to destroy it? Will she do more harm than good? Or will she manage to stop the unimaginable? Located in the heart of the Australia, Project Amber must be destroyed, before the inconceivable consequences of MILESTONE becomes reality. Project Amber follows Angel as she struggles to come to terms with her inner most demons, at the same time fighting to save humanity from what was once thought of as impossible. Set in the Australian outback, the Simpson Desert, Pine Gap, Nurrungar, Alice Springs, Darwin, Adelaide and Melbourne.
Buy Kindle Version
Buy Paperback Version
Scroll to top