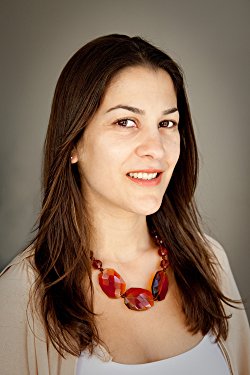 Carla Caruso was born in Adelaide, grew up amid a boisterous extended Italian family – yet somehow managed to become a bookworm...
Carla always wanted to be a novelist, annoying the kindergarten teachers by dictating long, detailed stories to them. It just took her a while to realise her childhood dream - journalism seemed a more practical course. Her media career has included stints as a newspaper and magazine journalist, government PR and fashion stylist. These days, she works as a freelance journalist and copywriter. She began seriously writing fiction three years ago when she went freelance full-time.
The romance genre appeals as she is a sucker for rom-coms (especially if Channing Tatum is in the mix) and likes to think her Italian ancestry means she lives with passion. Hobbies include watching trashy TV shows, fashion (her mum named her after Carla Zampatti!), astrology and running. 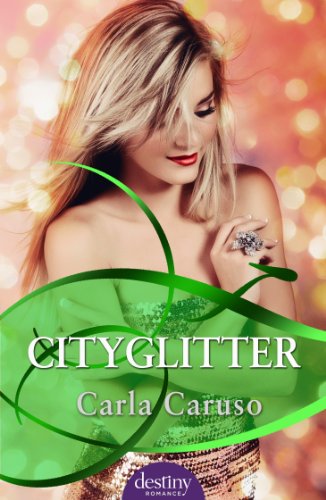 Christelle is like any other 20-something living in Sydney except for one huge secret. She enjoys cocktails with girlfriends, luxury brand launches, gossip and shopping. For an added touch of spice, there's also the sizzling connection with her new boss, the gorgeous Jasper. Then Christelle's younger sister, the hapless and naïve Trixie Fifi Panache, arrives unannounced, and things begin to fall apart. Not only does Christelle have to deal with her sister's exploits and embarrassing mistakes, but she also has to live with the fear that her escapades will reveal the truth: Christelle and Trixie are half fairy, half human, and hidden beneath their clothes are a pair of gorgeous wings. To make matters worse, Christelle has fallen for Jasper, but knows that taking the relationship any further threatens exposure. And no love could survive that, could it? Cityglitter is a charming, magical romance that leaves in its wake a glitter of fairy dust. With inner-city fabulousness and sophistication, this fun celebration of love will add more than a touch of sparkle to your life.
Buy Kindle Version
Buy Paperback Version 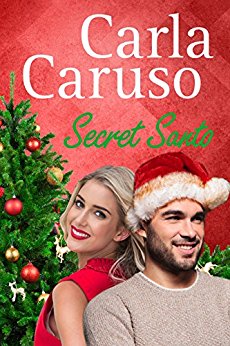 Holly Plume is a bookseller by day and a romance blogger by night, dishing out scathing reviews under her pseudonym, Sultry Scarlet. When she scores an invite to the publishing event of the year, Holly couldn't be more excited. Finally a chance to meet her favourite author, the mysterious thriller writer known only as AJ Ruffo. When Holly literally falls into the arms of the mysterious and charming Santo Randolfi, she's sure it must be AJ. After all, Santo has tousled good looks, dark curls, luscious lips . . . He's exactly what she'd imagined. But when Santo reveals he's actually the author of a romance novel Holly recently slammed on her blog, keeping her online identity a secret becomes vital. As Holly struggles to keep Santo from learning the truth, she realizes just how much she likes him. But when he discovers who she is, will their relationship be over before it's even begun?
Buy Kindle Version 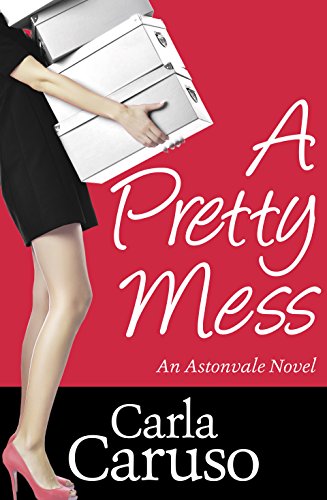 A Pretty Mess: an Astonvale novel

Sometimes, to come clean, you've got to get your hands dirty ... The first in the Astonvale series. Celeste Pretty, a self-confessed neat freak, has found the job she was born to do: a professional organiser, de-cluttering people's homes and workplaces. Her new business gets off to a cracking start when she lands her first client, health and fitness guru Natalia Samphire, in the well-heeled suburb of Astonvale. But things get messy at Natalia's mansion when Celeste finds a blackmail note and other mysterious items. And then there's Lenny Muscat, the sexy builder renovating the place, whose constant presence is muddling Celeste's usually organised brain. When things get decidedly suspicious at the mansion, she and Lenny have to team up to investigate. But will Celeste emerge with her heart and professional reputation unscathed?
Buy Kindle Version 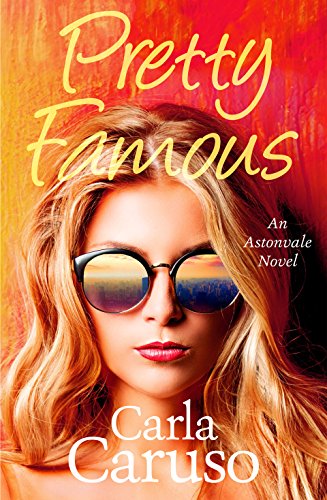 A dark secret from Hollywood's Golden Age. A possible prince-in-hiding. Astonvale's about to implode ... Professional organiser Celeste Pretty swore she'd never work with uber-blonde interior designer Imogen Karmel again, but then she's presented with a project she can't refuse. the prestigious Astonvale College is celebrating its centenary and needs the pair to ensure the festivities go off without a hitch. As Celeste sets to work in a flurry of activity - in between organising her own engagement party - she finds herself blowing away the cobwebs on a sixty-year-old secret. Meanwhile, Imogen becomes enamoured with a substitute teacher, Hudson Addison, who may or may not be a royal in hiding. And there's nothing Imogen dreams of more than becoming a princess. Will all be revealed on party night?
Buy Kindle Version 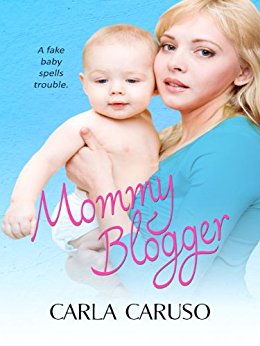 One baby, one lie–and a whole new career. Stella lands a great job as a mommy blogger. The catch is she’s never had children. Plunged into a world of insanity every mother faces, she must learn to cope as her lies build upon one another. A sexy ex comes into the picture, forcing her to choose between him or the job and a handsome ‘keeper’ of a coworker. It can’t last forever.
Buy Kindle Version
Buy Paperback Version 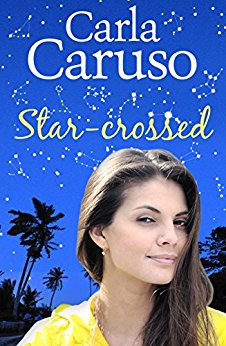 Is love really written in the stars? Fledgling romance author Simona Gemella is hoping the rugged wilderness of South Australia's Kangaroo Island will help reignite her creative spark after her husband walked out on her (calling her a workaholic and filing for divorce). She's joined her best friend, Nessie, on a health and wellness retreat at a mysterious old manor on the island, run by an astrology guru. Though Simona's sworn off men, she can't help being distracted by a darkly dangerous man with a scorpion tattoo - Denham Cobalt - who's also staying at the manor. Then strange things start to happen, including uncanny accidents and even a possible murder. It all culminates at a masquerade party on the night of a total lunar eclipse. Will Simona survive - with her heart intact?
Buy Kindle Version 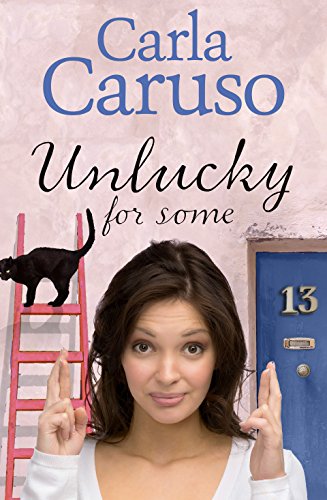 Unlucky for Some: a novella

Raffy Fortuna knows all about luck, and she's not interested in pushing it. But sometimes luck pushes you to the places you least expect. Sassy Italian-Australian newspaper reporter Raffy has been ultra-superstitious ever since her ex-fiance saw her in her bridal gown before they got hitched - and left her at the altar. But as luck would have it, one of her new assignments at Press Publishing is a feature series challenging some of the most common superstitions in the lead-up to Friday the thirteenth. It's her worst nightmare - not helped by the grumpy, yet annoyingly handsome cameraman accompanying her to film the daily online videos for the newspaper's site.
Buy Kindle Version 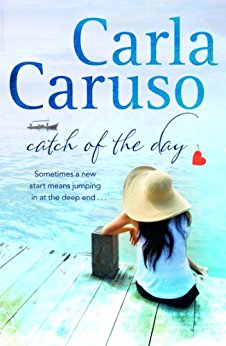 Catch of the Day: Destiny Romance

After a regrettable incident at the office Christmas party, up-and-coming fashion editor, Winnie Cherry, is banished to coastal South Australia to set up a beach lifestyle magazine - 300km from nowhere. Her friends joke that she'll marry a rich cray fisherman and stay there for good, but Winne has other ideas. Determined to get back to Sydney within two months, she gets to work and starts counting down the days. Until she meets handsome freelance photographer Alex Bass, and sparks begin to fly. As Winnie is increasingly drawn into the close-knit local community, she starts to question whether city life is really what she wants. That is, until Alex drops a bombshell that casts dark storm clouds over all her coastal dreams...
Buy Kindle Version 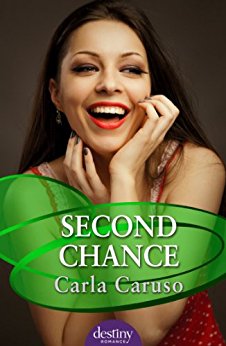 On the night of her 35th birthday, Flora Brunelli is full of regrets. The celebrations have turned sour and life hasn't gone according to plan. She wishes she could be 20 again. Then she finds herself zapped back in time, landing in the summer of 1998 when she was 20 years old. The Spice Girls are at the top of the charts and the X-Files is the hit TV show. It's also the week Flora's life unravelled. For Flora, this is a chance to change her future: win back the love of her life, stay friends with her former best mate and succeed in landing her dream job. It should be easy. But her ex's best friend, Lance Devic, who she never really noticed before, keeps popping up and messing with her head. And after a while Flora begins to wonder if living in the past really will deliver her the happiness she seeks?
Buy Kindle Version
Scroll to top