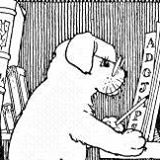 Carole Nomarhas fled the city for the country years ago, and hasn't looked back (probably safer that way). She has three very strange rescue dogs, two demented rescue cats, and is married to the most patient man on the planet.
Her stories, which fall within the genres of science fiction, fantasy and horror, have been appearing in print and online for many years.
After taking a long hiatus from writing fiction, she has returned to her first loves: horror and dark fantasy. 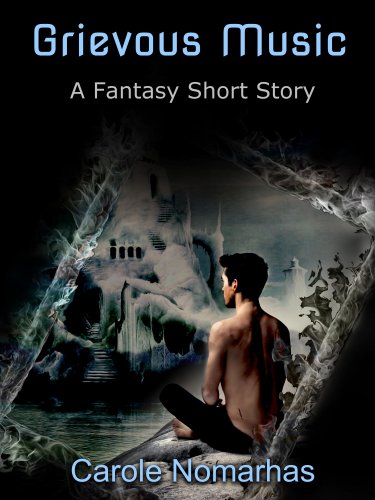 Grievous Music Rondaihl music is the most beautiful and unearthly music in the mapped world. Salem, has never heard anything like it. It is a magical music capable of moving mind and heart and spirit and body. But Rondai is also a land where music is sacred, where only a chosen few are permitted to become musicians. To the Rondaihl music is not something for mere amusement or pleasure, but for healing, and often a matter of life or death. Salem, a foreign musician, abandoned in Rondai when his trader Master is driven out, finds himself in a land where he barely knows the language, and certainly does not understand the customs. When he begs for the chance to become a musician in Rondai, he soon finds that music in this strange land is truly a matter of life or death and not only for him. Excerpt: Stone whispered and slipped under Salem's fingers. The muscles in his straining arms shook, wrenched by the weight they were being forced to bear. The world tilted as he glanced down to the courtyard below, his vision awash with sudden vertigo. He would die from the fall. They called to him to surrender. He was beaten either way: surrender or fall. There was no other retreat open to him. He inched along and caught the rounded stone of one of the balustrade struts, balanced a foot against the wall and hauled himself upwards, shoulders and arms screaming at this new effort. Hands reached for him and dragged him up and over. He collapsed as he landed, half sitting with his back to the rim of the balcony. That respite was brief. His captors pulled him to his feet and checked him for weapons. Then there were questions, loud and many, but he could only shake his head, dizzily. “The music...” His limited vocabulary in the local patois failed him for a moment, and he tried to search for another word. He couldn't find one. “I only wanted to listen.” There was a murmur at that, frowns, another question he didn't quite understand. They released him abruptly, and he rubbed at his arms, surprised to be free. Until a single stinging note sounded, as one of the guards put a small bone whistle to his lips, and blew that shattering note directly in Salem's ear. Grievous Music is a Ditmar nominated short story of approximately 7500 words. 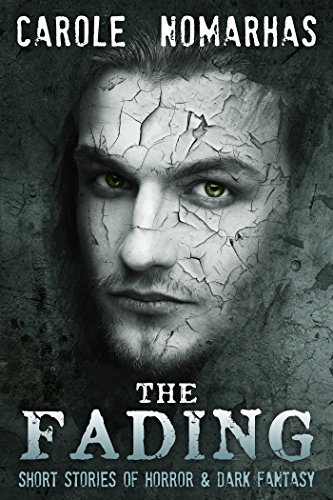 Shortlisted Best collection Aurealis Awards ‘The dead came back. All of them.’ The Fading: eleven darkly-twisted tales of fantasy and horror, magic and superstition. Venture into a place where the veil between worlds is wafer-thin, where the dead join the living and the sun never sets. Drive a road of dust and bones that may never end and may take you places you do not wish to go… Visit a picture-perfect house, in a picture-perfect village, where there is a very special box. Sit for a while on the front porch, and wait for the end of the world, unless something more terrifying comes calling first… Carole Nomarhas delivers a unique blend of dread and intrigue in short stories that cross genres and lead the reader down paths that were once the familiar haunts of horror and fantasy readers alike. With a delicate brush she paints vivid worlds where serial killers dwell, and digs up past wrong-deeds with dire consequences. Each story is a delicately-woven tapestry of nightmare places and nightmare beings, ordinary folk in extraordinary situations.
Buy Kindle Version 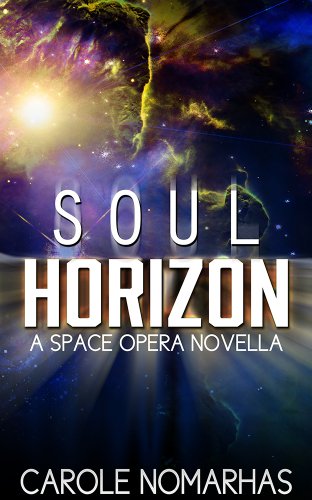 Soul Horizon: A Space Opera Novella Everyone has secrets, some secrets haunt you, some secrets can get you killed, and some secrets are far more dangerous... Terras The Port had a name but it was of no importance or meaning to Terras. He was an alien in this place. Hironi. A hunted creature driven to ground and last resort. On this ship which lay as helplessly caught as he, cradling him in its ruined body. Bitterly cold in its death throes. The stale air had the stink of his own fear and for a moment it threatened to suffocate him. His hand slid greasily on the weapon. He could die sooner than of starvation. And wondered bitterly if that was not a mercy. Others had come. Come to steal. Come to kill. And now another hunter came... Quell Quell was a ship’s Speaker, dumped in the wrong Port at the wrong time, broke and unshipped. Even worse than that the Port had a problem and Quell was elected to solve it – get an exiled Hironi out of the Port, on a ship that was barely more than a derelict. A ship no other Speaker had been able to work. Now Quell and Terras are both out of options and running for their lives, on a ship with secrets of its own, keeping one step ahead of their enemies, trying to stay alive – and trying not to kill each other. Be careful where you voyage... you cannot always find your way home. Soul Horizon is a short space opera novelette of around 14,000 words. It originally appeared in a slightly altered form in the Alien Shores anthology from Aphelion Publications. Reviews Blue Tyson’s Guide to Science Fiction: Soul Horizon 4 out of 5 stars. Carole Nomarhas's "Soul Horizon" is a piece of space opera which has a rich and detailed background, and is presumably part of a series of shared universe stories, or at least I hope so... Thoughtful and exciting, with sharp dialogue and some original hyperspace theories. Martin Livings, Fresh Ink, Eidolon Magazine "Soul Horizon," a skilfully written story of far-future space intrigue. Robert K.J. Killheffer, Review of Alien Shores Anthology, Magazine of Fantasy & Science Fiction
Buy Kindle Version
Scroll to top