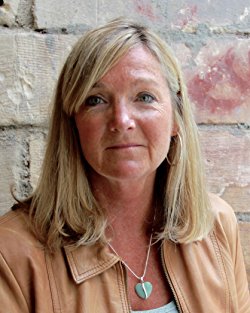 CJ Carver is a half-English, half-Kiwi author living just outside Bath. She lived in Australia for 10 years before taking up long distance rally driving – she has driven London to Saigon, London to Cape Town and covered 14,000 miles on the Inca Trail. CJ’s books have been published in the UK, USA and translated throughout Europe. Her first novel Blood Junction, won the CWA Debut Dagger Award. 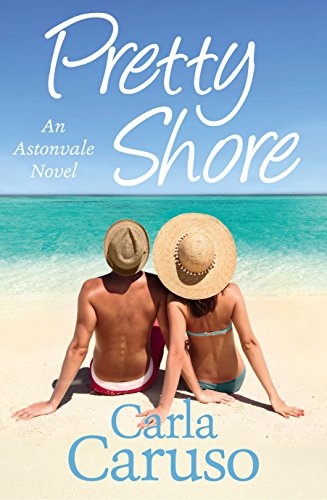 It's summer time and the temperature is rising in the small coastal town of Robe, where Astonvale's A-list comes to catch up, dress down and be seen. Professional organiser Celeste Pretty has a summer getaway planned in well-to-do Robe, the 'Hamptons' of Australia. She's staying at the beach 'shack' of her hunky new builder beau, Lenny Muscat. The first week she'll de-clutter the holiday home of fashion designer Sabine Cloud with her assistant, Flip Belmont. Then she'll enjoy loved-up bliss with Lenny. But despite Celeste's penchant for organisation, things have a way of veering off-script. She soon discovers the last person who occupied Sabine's pad - the designer's model daughter, Romy - died from a possible overdose. Plus, Sabine's uber-glam real estate agent seems intent on throwing herself at Lenny. Meanwhile, Flip is distracted by the bad-boy son of a rock star, Blaise Zenith, who some say is responsible for Romy going off the rails. And Celeste thought sunburn and sand in the house were all she'd have to worry about these holidays.
Buy Kindle Version 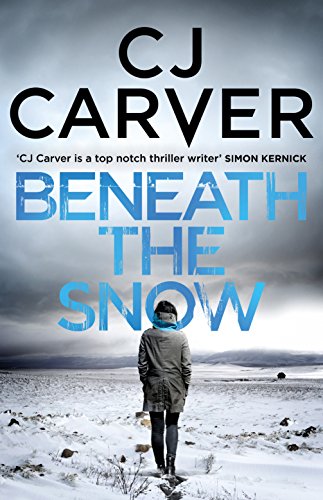 Lisa McCall, a brilliant young scientist, has vanished in the wilderness in the middle of a snowstorm. Her sister, Abby, reluctantly drops everything and flies out from England to join the search party. Alaska is the last place she wants to be, but ever since a bitter row she hasn't spoken to Lisa for some years - and if they don't find her soon, she never will again. Alone in the freezing outpost, bruised by a broken love affair, Abby struggles to understand her sister's disappearance. But the more she uncovers, the more sinister the situation becomes. With both influential friends and powerful enemies, it seems Lisa may have been in well over her head . . . Beneath the Snow is a tense, action-packed adventure from CJ Carver, author of Gone Without Trace and Blood Junction.
Buy Kindle Version
Buy Hardback Version 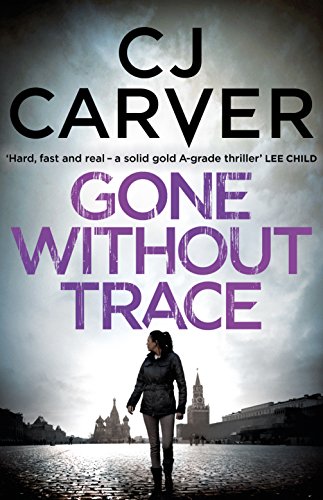 Formerly a Captain in the Paras, Jay McCaulay is highly trained, tough and resourceful. She's been working in Bristol with the aid agency TRACE for two years, helping track and unite families separated by conflict. But Jay receives an unwelcome reminder of her army past when a young Macedonian girl she once saved goes missing - just as a Macedonian crime boss turns up in Bristol. Thrown back into a world that inspires paranoia, where brutal Mafia thugs run riot and her family and loved ones are threatened, Jay is forced to confront a trail of murder, corruption and evil that leads into the heart of London and threatens everything she has ever held dear . . . Gone Without Trace is another gripping and fast-paced thriller from CJ Carver, author of Blood Junction.
Buy Kindle Version
Buy Hardback Version 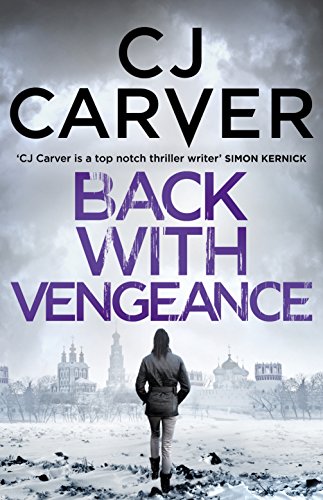 Back with Vengeance (The Jay McCaulay series)

When Jay McCaulay wakes up in a strange hotel room in Moscow, drugged and confused, she has no idea how she got there. When she makes it back to the UK, things only get stranger when she discovers that her beloved uncle is missing, and that she was kidnapped when out looking for him. Soon Jay finds herself entangled in a web of lies and betrayals that stretches from Newbury Race Course all the way to Siberia. And, as the body count rises, it's clear that Jay's biggest threat may be from the people she trusts the most . . . Back With Vengeance is another compelling, page-turning thriller from CJ Carver, following on from Gone Without Trace.
Buy Kindle Version
Buy Hardback Version 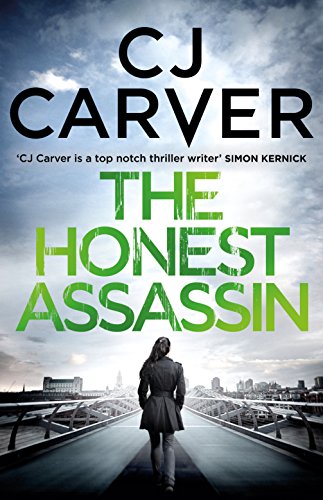 Jay McCaulay was the only witness to a slick and professional assassination. She saw ex-soldier Sol Neill stabbed to death by a small blonde woman, so when a friend of Sol's - Max Blake - is arrested for Sol's murder, she knows she can't stand back and say nothing. Determined to prove Max's innocence, Jay launches into another dangerous and life-threatening investigation. But, as she begins to uncover a sinister secret that goes right into the heart of the British establishment, Jay is unaware that the assassin is now after her . . . The Honest Assassin is another page-turning and intelligent thriller from CJ Carver, following on from Gone Without Trace and Back with Vengeance.
Buy Kindle Version
Buy Hardback Version 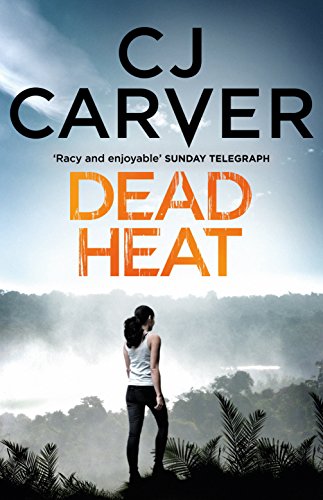 Georgia Parish was glad to leave behind the damp heat, the bugs and the deadly wilderness of Nulgarra, Northern Queensland. But when a plane she is on crashes, she suddenly finds herself back in the outback. As it becomes clear that the crash was no accident, Georgia has to come to the sinister realisation that someone might want her dead. But who? The trail of clues Georgia follows takes her into the heart of the most exotic, colourful and savage landscape on earth. With relentless criminals behind her, and something far worse ahead, Georgia needs to escape from a merciless enemy who may know her all too well . . . Dead Heat is a heart-stopping, fast-paced adventure from CJ Carver, author of Gone Without Trace and Blood Junction. Dead Heat features India Kane from Blood Junction and Black Tide.
Buy Kindle Version
Buy Hardback Version 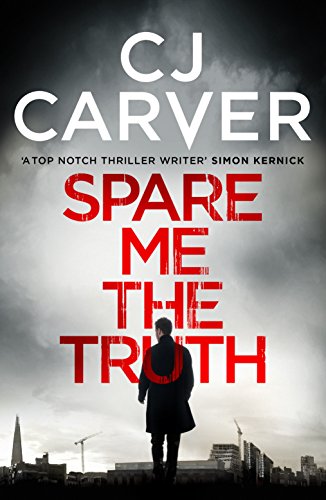 Spare Me the Truth: An explosive, high octane thriller (The Dan Forrester series)

For fans of Lee Child and Jason Bourne, Spare Me the Truth is the gripping new thriller from the multi-award winning author of Blood Junction. Dan Forrester, piecing his life back together after the tragic death of his son, is approached in a supermarket by a woman who tells him everything he remembers about his life - and his son - is a lie. Grace Reavey, stricken by grief, is accosted at her mother's funeral. The threat is simple: pay the staggering sum her mother allegedly owed, or lose everything. Lucy Davies has been forced from the Met by her own maverick behaviour. Desperate to prove herself in her new rural post, she's on the hunt for a killer - but this is no small town criminal. Plunged into a conspiracy that will test each of them to their limits, these three strangers are brought together in their hunt for the truth, whatever it costs. And as their respective investigations become further and further entwined, it becomes clear that at the centre of this tangled web is a threat more explosive than any of them could have imagined.
Buy Kindle Version
Buy Paperback Version 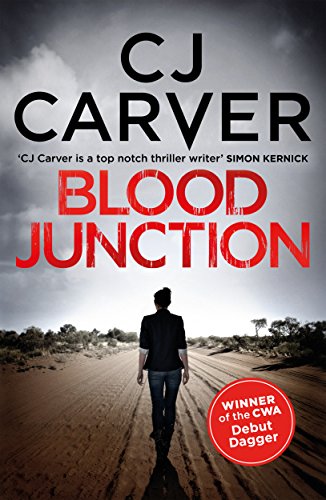 Winner of the CWA Debut Dagger, CJ Carver's debut thriller is a dark and gripping story set in a town with a pitch-dark legacy of blood. "A nightmarish adventure of close calls and surprising escapes . . . An exceptional first mystery" Publishers Weekly Journalist India Kane's trip to the Australian outback takes a horrifying turn when she arrives in the town of Cooinda to find that her best friend Lauren is missing. Seemingly no one knows what has happened to her, but it's not long before India finds herself arrested for a double murder that she didn't commit, caught up in the dark past of a small town hiding a devastating truth - one that could destroy a family, a friendship, and a nation. Set in the unforgiving landscape of the Australian outback, Blood Junction won the CWA's Debut Dagger and is CJ Carver's powerful and compulsive thriller about a woman on the run from a brutal killer, as well as from her own past.
Buy Kindle Version
Buy Hardback Version 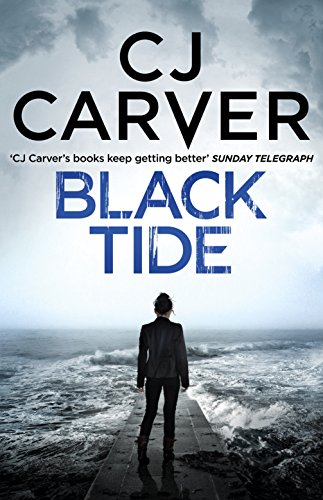 Journalist India Kane has agreed to accompany a Greenpeace ship in pursuit of an illegal whaling fleet. Amidst the high winds and freezing fog, tragedy strikes when a huge container ship suddenly looms into sight and slams into the Greenpeace craft. Eight crew members are killed, including one of India's closest friends. Determined to bring the owner of the vessel to justice, India sets out on a quest that begins in the Australian outback. Here she discovers a community struck by a mysterious illness ­- and a puzzle which will take India on another dark and terrifying journey . . . Black Tide is another compulsive India Kane thriller from author CJ Carver, following on from Blood Junction.
Buy Kindle Version
Buy Hardback Version
Scroll to top