arolyn lives on a farm on the outskirts of Melbourne. She has a science degree, far too many pets and a fear of the ocean that makes her Mauritian mother roll her eyes. She enjoys writing spec fiction novels, playing games with her horse and frightening hairdressers with the concept of the forthcoming Singularity. Carolyn has written short stories for 'Aurealis' and 'Andromeda Spaceways' magazines. She is currently working to complete the fourth and final book in The Sentinels of Eden and after that she may just retire to Eden herself. They have great music there. 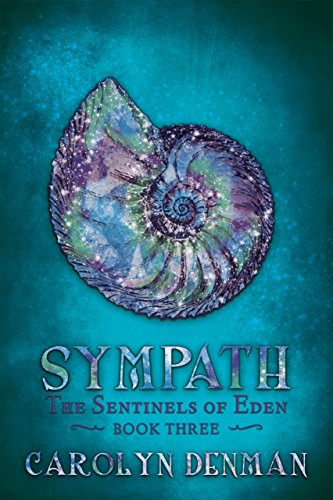 Sympath (The Sentinels of Eden)

Annie has grown up knowing she is destined to meet her soul mate. He will always remain close to her. He will always know exactly where she is, and how she’s feeling. He’ll guard and protect her. At least until she produces the next heir to her Cherubim line. There has to be a way to avoid this supernatural stalker. Determined to find her own identity before becoming bonded to her Guardian, Annie does everything she can to keep him at a distance – until her partner Cherub, Harry, dredges up the mystery of his parents’ deaths and triggers unwanted attention from an organised crime syndicate. Now all three of them need to do whatever it takes to save Harry’s farm, solve the mystery of the missing ruby necklace, and keep anyone from finding the hidden Paradise it came from.
Buy Kindle Version
Buy Paperback Version
Scroll to top