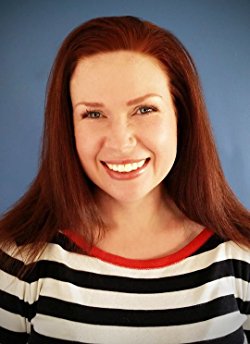 Cassandra O’Leary is a romance and women’s fiction author, communications specialist, avid reader, film and TV fangirl and admirer of pretty, shiny things.
In 2015, Cassandra won the We Heart New Talent contest run by Avon Books/HarperCollins UK. Her debut novel, Girl on a Plane, was published in July 2016. Cassandra was also a 2015 finalist in the Lone Star writing contest, Northwest Houston Romance Writers of America, and a 2014 finalist in the First Kiss contest, Romance Writers of Australia.
Cassandra is a mother of two gorgeous, high-energy mini ninjas and wife to a spunky superhero. Living in Melbourne, Australia, she’s also travelled the world. If you want to send her to Italy or Spain on any food or wine tasting ‘research’ trips, that would be splendiferous.
Proud member of Romance Writers of Australia, Romance Writers of America, Melbourne Romance Writers Guild and Writers Victoria.
**Nominated for BEST NEW AUTHOR in AusRomToday 2016 Reader's Choice Awards for excellence in Australian romance fiction**

Girl on a Plane: A sexy, sassy, holiday read

When feisty Irish flight attendant Sinead Kennealy locks eyes with sexy Australian CEO Gabriel Anderson in First Class, sparks fly. But as they jet across the globe from Melbourne to London, it’s clear that they’re in for a turbulent journey . . . Stressed-out Gabriel doesn’t do relationships. And Sinead isn’t about to be fooled by another bad boy after escaping her stalker ex. Then a storm hits, causing the plane to land unexpectedly, and Sinead and Gabriel are thrown together in Singapore. The pressure rises as Sinead’s unhappy past threatens to catch up with her. But might Gabriel be the one to heal her heartbreak? If he could open up about his troubling secrets, maybe a relationship could actually get off the ground. Fasten your seatbelts – this WON’T be a smooth ride . . .
Buy Kindle Version 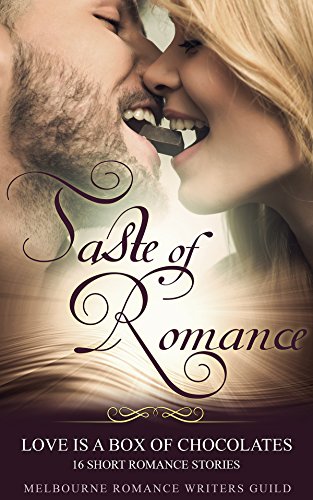 Love is a box of chocolates – treat yourself to a delicious assortment of sixteen romance flavours from new and established authors. Firefighter Ryan Harper is a dark chocolate-coated orange cream. His rich, bitter shell hides a sweet and sumptuous centre that satisfies long after the final bite. Detective Colt Callaghan is chilli-cherry swirl in decadent milk chocolate. He hides behind a gruff exterior, but underneath he’s sexy and sweet, with a shock of spice when you least expect it. Space Engineer Simon Dubois is a handmade truffle. Decadent and Indulgent. Dark chocolate caressing a ganache infused with earthy, sensuous Armagnac, and sweet succulent smoked pimento. A fusion of flavor, a frission of pleasure. Taste of Romance is a collection of love stories and romance fiction from members of the Melbourne Romance Writers Guild. The anthology spans many facets of romance, from contemporary to historical, romcom to suspense, with heat levels ranging from sweet to erotic. These works are a celebration of the past 26 years of encouragement and support the Guild has given to romance authors as they journey toward publication and beyond.
Buy Kindle Version

Your eyes meet mine, then retreat Softness behind glass Let me break your barriers The poem on the blackboard enticed her to enter. Just like everyday… Writer, Beth, visits the same café every afternoon, enjoying her latte and a chocolate truffle while scribbling in her notebook. The delicious treats keep her coming back day after day, not to mention the inspiration she finds there – Samuel. The barista is tall, dark and delicious, and his stare could melt chocolate from a hundred paces. Since her divorce, Beth’s love life has been close to extinct, but the sight of Samuel, his dark, brooding good looks and amazing dragon tattoo, kick it into overdrive. A smouldering volcano waiting to erupt in flames of passion. But Beth knows it’s unlikely he’d go for her, an older woman, when he could have anyone. Over the course of a week, the tension between them rises almost to boiling point. When Beth’s friend lets it slip that Beth fancies Samuel, in fact she has a mega crush on him, their customer/barista relationship is tested…but could it be more than one-sided? Is Samuel writing the blackboard poems especially for Beth? Could he be watching and wanting her too?
Buy Kindle Version
Scroll to top