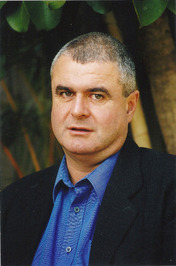 I was born in London in 1957 and grew up on the Isle of Ischia off Naples and in New Zealand. I now live in a very multicultural part of Sydney, Australia, with my wife, Jie, and Bobo, a spirited Pomeranian-Chihuahua.

I am a newspaper and magazine sub-editor, and have also worked as a farmhand, roofer, dishwasher, wine waiter, armoured-van guard and cheese-truck driver.

While a lover of science fiction since my wonder years, I read a range of styles. With my own writing I find myself blending SF with other genres. I am the author of the SF horror-adventure novel "Baxter Mariah" and of the SF conspiracy thriller "Ave Judas". Both are 2011 publications.

My next project is an SF military mystery provisionally titled "The Peacekeepers". 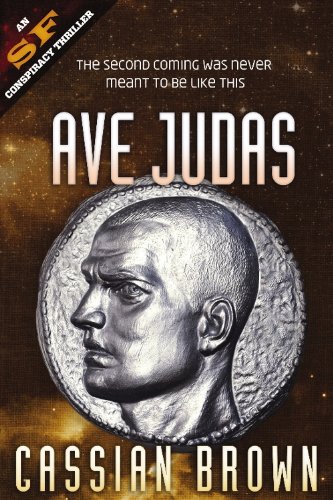 Ave Judas - An SF Conspiracy Thriller The Second Coming was never meant to be like this ... It is the year of our Lord 2449. The Pope believes he has just forty-four days to avert a galactic Armageddon by discrediting anew the most reviled man in history. Owen Stonehaven is leading the strangest of lives. As a child, his mother gives him to a huge and fierce rat kangaroo; as an adult, the Church has him shut into a derelict and lightless spaceship. Freed, he returns to his home planet, a surreal place that is roamed by lizards of barely imaginable size, towering thunderbirds and ferocious marsupial lions — for on New Yamba a master cloner has been at work re-creating the megafauna of Australia’s past. Owen’s plan is to find the mysterious coin his mother stole on the day she died, a well-worn piece of silver which he hopes will help reveal his true identity, and to await a visit by the brother he loves, Henry, a priest. Extremists detonate a bomb and Henry is hurt. Owen realises he is the subject of a conspiracy engineered by an all-powerful and ruthless man. As he begins to understand his origins, he finds he cannot shake the darkness at his core. Is betrayal in his genes?
Buy Kindle Version
Buy Paperback Version
Scroll to top