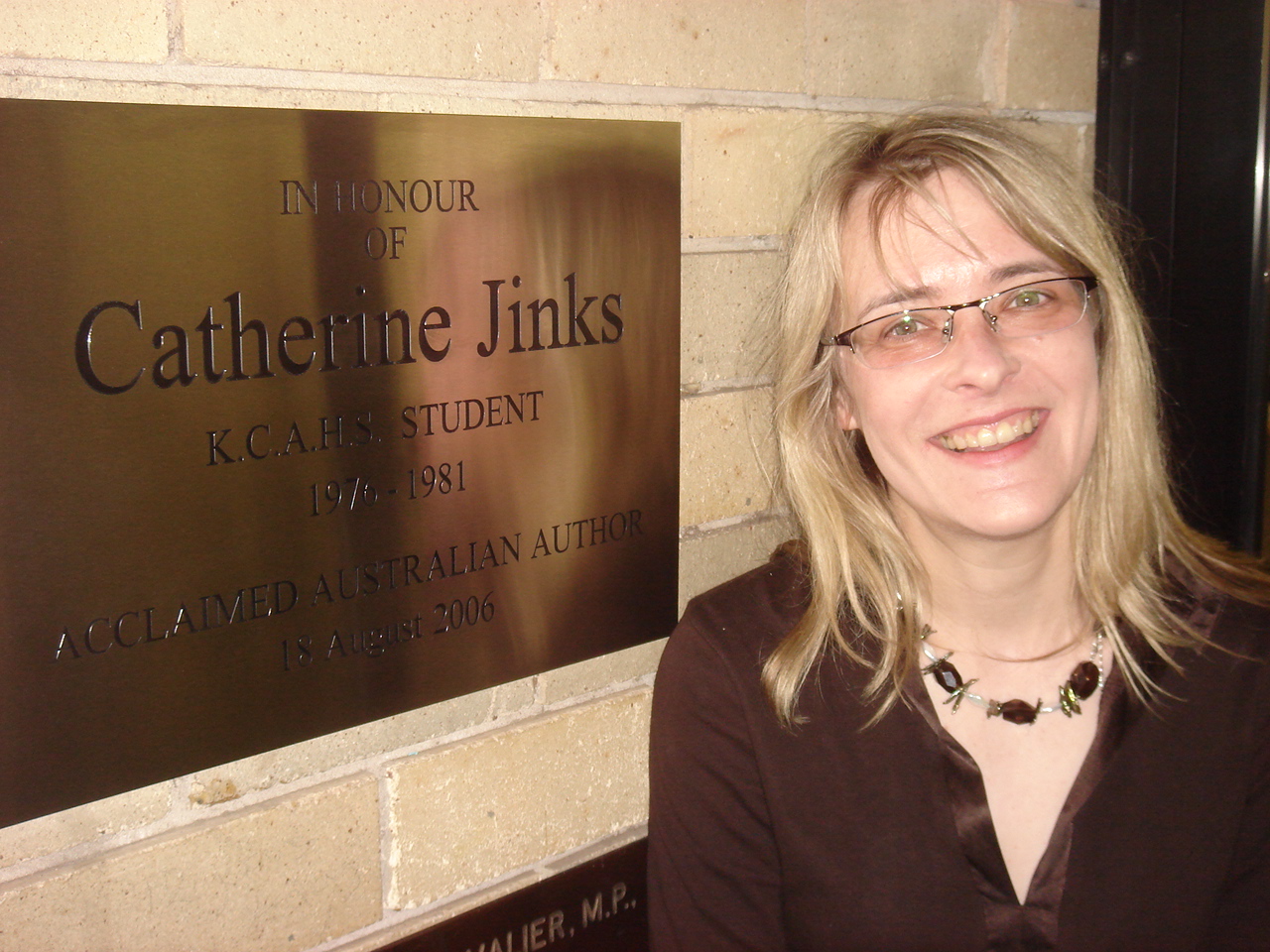 Catherine Jinks was born in Brisbane, Australia in 1963. She grew up in Papua New Guinea and later studied medieval history at the University of Sydney. After working for several years in a bank, she married Peter Dockrill, a Canadian journalist, and lived for a short time in Nova Scotia, Canada. She is now a full-time writer, residing in the Blue Mountains of New South Wales with Peter and their daughter Hannah. Catherine is a four-time winner of the Children’s Book Council of Australia Book of the Year award, and has also won a Victorian Premier’s Literature Award, the Adelaide Festival Award for Literature, the Ena Noel Award for Children’s Literature and an Aurealis Award for Science Fiction. In 2001 she was presented with a Centenary Medal for her contribution to Australian Children’s Literature. 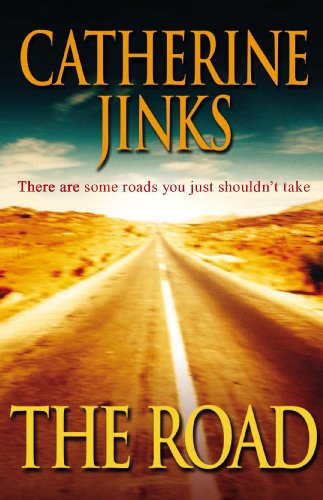 Suddenly Grace knew. Her heart began to hammer; she looked around wildly. 'He's here,' she gasped. 'He's found me. He's bloody found me!' A movement tugged at the corner of her eye and she whirled - but it was only the piece of old tyre slowly revolving where it hung from the peppercorn tree. Beyond it, the land was still. A shocking murder wakes an ancient evil in outback New South Wales. A truck-driver, a schoolboy, a retired bank manager and an eccentric country woman are among the people trapped on the Silver City Highway - caught in a supernatural quest for justice and a nightmarish journey that never seems to end. The Road is a chilling page-turner from one of Australia's best storytellers.
Buy Kindle Version
Buy Paperback Version 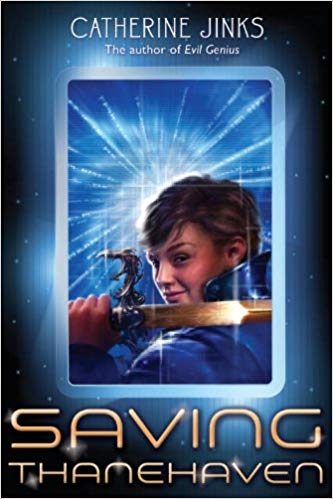 New in paperback! How to Catch a Bogle author Catherine Jinks creates a hilarious, multilayered new world--set inside a computer--in this terrific high adventure for older middle-graders. Noble is a knight with a heart that's true and, well, noble. With his not-so-trusty sword, Smite, he fights his way through a vicious, unfriendly landscape, sure (or at least, he thinks he's sure) that one day he'll defeat the bad guys (whoever they are) and win the heart (at least he guesses that's the idea) of a beautiful princess. Then one day Rufus comes along and turns his world upside down. Rufus has his own ideas about how to get ahead: don't fight, negotiate! Don't play by the rules! Suddenly, life is more interesting--and less painful--than ever before. But the new rules are harder to live by than the old ones, and suddenly, it appears possible that Rufus might have an ulterior motive--at the very least! With a slippery, ever-twisting plot that is set inside a very confused computer, Catherine Jinks's latest novel will pull in fans of adventure, computer games, and just plain fun. "Jinks cleverly reinterprets the inner workings of our familiar devices to create a believable computer world, though tech-savvy readers will appreciate it the most. . . .This is a no-brainer for gamers."--Booklist "Clever, thought-provoking fun for all--especially for technology geeks and those who love them."--Kirkus Reviews "Jinks (The Paradise Trap) serves up a genuinely funny tale, filled with sprightly (or is that spritely?) characters, unpredictable twists, and a veritable roman à clef of half-familiar videogame scenarios. Gamers should adore this book."--Publishers Weekly
Buy Paperback Version
Buy Hardback Version 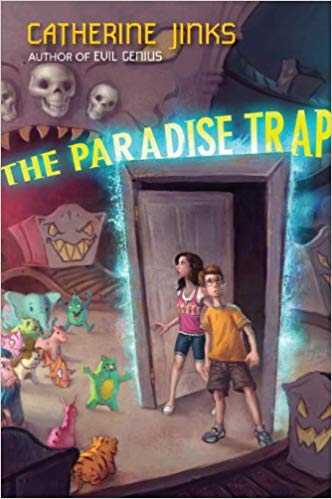 A boy . . . a witch . . . and a totally sinister paradise: that’s what Marcus gets when his mom rents a scuzzy trailer and parks it near a dirty, noisy beach. Some vacation! Marcus would rather play video games anyway, but when he discovers a staircase underneath the trailer, it looks as if he may be in for some kind of multilevel, multiplayer experience controlled by a complete nightmare of a witch. It’s just like a game—except it’s all too real. The author of Evil Genius spins a brilliantly compelling yarn of a journey into a dark and twisted land—because once you enter the Paradise Trap, there’s no guarantee that you’ll ever leave!
Buy Paperback Version
Buy Hardback Version 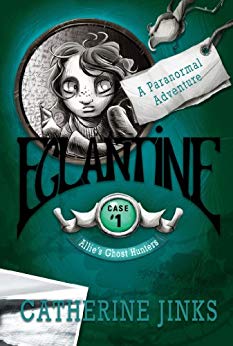 ABOUT THE SERIES Full of suspense, mystery and humour, the books in this series follow Allie as she investigates a number of possibly paranormal events with a mix of logic, intelligence and teenage attitude. 'Cleverly creepy, well-written and well-researched, this is a delightful spine-tingler and a great read . . .' The Sunday Tasmanian (on Eglantine) 'With great, unexpected twists in the story . . . this is a very addictive book, and I recommend it to anyone who wants an original mystery story.' Ambrose, Year 8, YARA www.goldcreek.act.edu.au/yara (on Eloise) CASE #1: EGLANTINE Who is writing on the walls? We moved into our new house because Mum liked the vibes. But those vibes turned scary when ghostly writing started appearing on the walls of Bethan's room. Mum tried a few new-age tricks, but couldn't stop the creepy nightmares. We even called in paranormal investigators, but they were totally stumped. That's when I decided to take matters into my own hands . . .
Buy Kindle Version
Buy Paperback Version 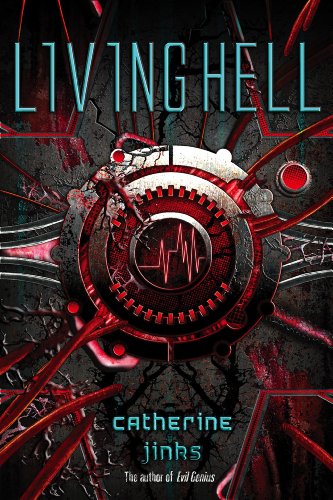 What happens when a single moment changes everything? For seventeen-year-old Cheney, life on earth exists only in history books. He and more than one thousand other people have known life only aboard the Plexus spacecraft: self-contained, systematic, and serene. But that was before the radiation wave. Now Plexus has suddenly turned on them, becoming a terrifying and unrecognizable force. As the crew dwindles under attack, Cheney and his friends need to fight back before the ship that’s nurtured them for so long becomes responsible for their destruction.
Buy Kindle Version
Buy Paperback Version
Buy Hardback Version 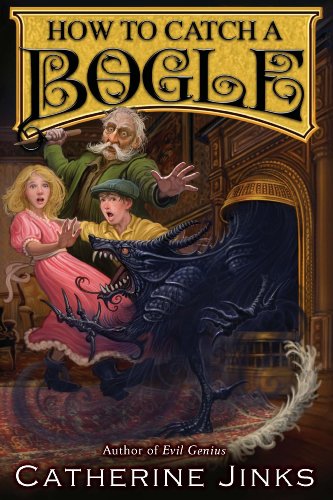 How to Catch a Bogle

If ever a chill entered her soul, or the hope suddenly drained from her heart, she knew a bogle was to blame. Birdie McAdam, a ten-year-old orphan, is tougher than she looks. She's proud of her job as apprentice to Alfred the Bogler, a man who catches monsters for a living. Birdie lures the bogles out of their lairs with her sweet songs, and Alfred kills them before they kill her. On the mean streets of Victorian England, hunting bogles is actually less dangerous work than mudlarking for scraps along the vile river Thames. (See glossary!) Or so it seems—until the orphans of London start to disappear . . .
Buy Kindle Version
Buy Paperback Version
Buy Hardback Version 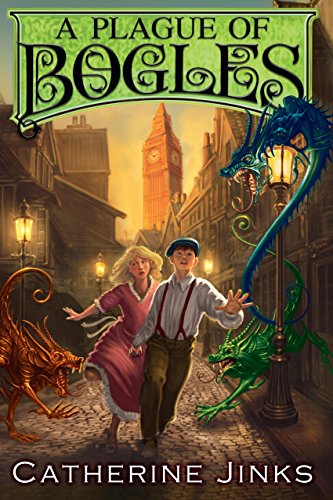 A Plague of Bogles (How to Catch a Bogle Book 2)

“This is top-notch storytelling, full of wit, a colorful cast of rogues, and delectable slang.” —Publishers Weekly, starred review of How to Catch a Bogle Jem Barbary spent most of his early life picking pockets for a wily old crook named Sarah Pickles—until she betrayed him. Now Jem wants revenge, but first he needs a new job. Luckily Alfred the bogler, the man who kills the child-eating monsters that hide in the shadows of Victorian London, needs a new apprentice. As more and more orphans disappear under mysterious circumstances, Alfred, Jem, and Birdie find themselves waging an underground war in a city where science clashes with superstition and monsters lurk in every alley.
Buy Kindle Version
Buy Paperback Version
Buy Hardback Version 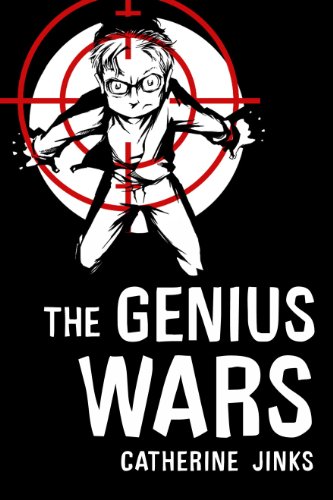 In a thrilling conclusion to the Genius trilogy, Cadel must think like a criminal mastermind. After abandoning a life of lies and mistrust, fifteen-year-old Cadel has finally found his niche. He has a proper home, good friends and loving parents. He's even studying at university. But he's still not safe from Prosper English, who's now a fugitive from justice and determined to smash everything that Cadel has struggled to build. When Cadel's nearest and dearest are threatened, he must launch an all-out attack on the man he once viewed as his father. Can he track down Prosper before it's too late? And what rules will they both have to break in the process?
Buy Kindle Version
Buy Paperback Version
Buy Hardback Version 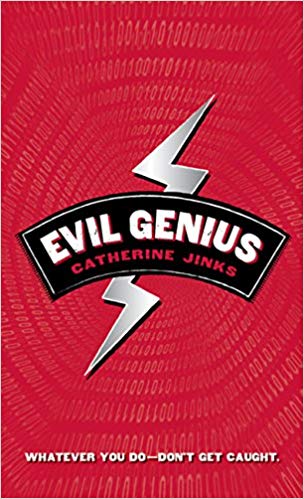 Cadel Piggott has a genius IQ and a fascination with systems of all kinds. At seven, he was illegally hacking into computers. Now he’s fourteen and studying for his World Domination degree, taking classes like embezzlement, forgery, and infiltration at the institute founded by criminal mastermind Dr. Phineas Darkkon. Although Cadel may be advanced beyond his years, at heart he’s a lonely kid. When he falls for the mysterious and brilliant Kay-Lee, he begins to question the moral implications of his studies. But is it too late to stop Dr. Darkkon from carrying out his evil plot? An engrossing thriller with darkness and humor, freaks and geeks, Evil Genius explores the fine line between good and evil in a strange world of manipulations and subterfuge where nothing is as it seems.
Buy Kindle Version
Buy Paperback Version
Buy Hardback Version 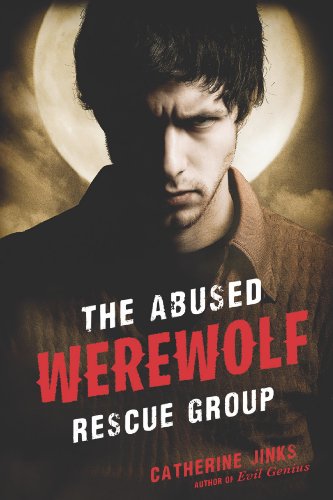 When Tobias Richard Vandevelde wakes up in a hospital with no memory of the night before, his horrified mother tells him that he was found unconscious. At Featherdale Wildlife Park. In a dingo pen. He assumes that his two best friends are somehow responsible, until the mysterious Reuben turns up, claiming that Toby has a rare and dangerous “condition.” Next thing he knows, Toby finds himself involved with a strange bunch of sickly insomniacs who seem convinced that he needs their help. It’s not until he’s kidnapped and imprisoned that he starts to believe them—and to understand what being a paranormal monster really means.
Buy Kindle Version
Buy Paperback Version
Buy Hardback Version 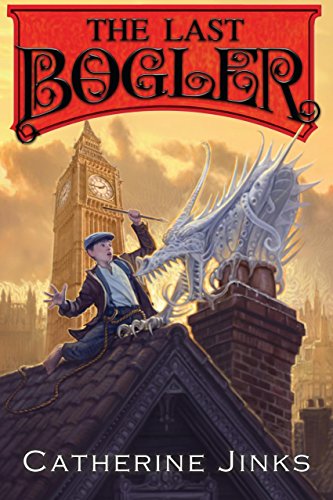 The Last Bogler (How to Catch a Bogle)

With the plague of bogles in Victorian London barely contained, bogle hunter Alfred Bunce needs all the help he can get. So Ned Roach becomes a bogler’s apprentice, luring child-eating monsters from their lairs just like his friends Jem and Birdie. It’s dangerous work that takes Ned into mysterious and hidden parts of the city. Yet times in London are changing; as the machine age emerges, the very existence of bogles is questioned, and the future of bogling is in jeopardy. And the stakes get even higher for the team of boglers when an old enemy appears—a threat that may be deadlier than any bogle.
Buy Kindle Version
Buy Paperback Version
Buy Hardback Version 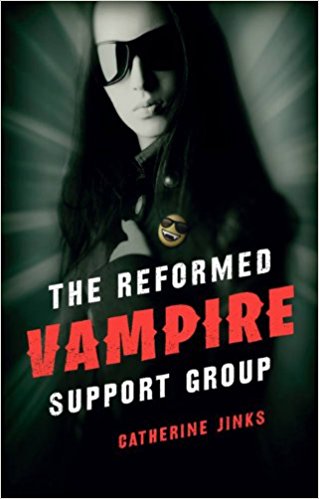 Think vampires are romantic, sexy, and powerful? Think again. Vampires are dead. And unless they want to end up staked, they have to give up fanging people, admit their addiction, join a support group, and reform themselves. Nina Harrison, fanged at fifteen and still living with her mother, hates the Reformed Vampire Support Group meetings every Tuesday night. Even if she does appreciate Dave, who was in a punk band when he was alive, nothing exciting ever happens. That is, until one of group members is mysteriously destroyed by a silver bullet. With Nina (determined to prove that vamps aren't useless or weak) and Dave (secretly in love with Nina) at the helm, the misfit vampires soon band together to track down the hunter, save a werewolf, and keep the world safe from the likes of themselves. The perfect anecdote to slick vampire novels, this murder-mystery comedy of errors will thrill fans of Evil Genius.
Buy Kindle Version
Buy Paperback Version
Buy Hardback Version 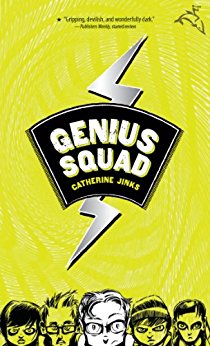 Now that the Axis Institute for World Domination has been blown up; the founder, Dr. Phineas Darkkon, has died; and Prosper English (who enrolled Cadel in the first place) is in jail for myriad offenses, Cadel Piggott has round-the-clock surveillance so he'll be safe until he testifies against Prosper English. But nobody seems to want Cadel. Not Fiona, his social worker; not Saul Greeniaus, the detective assigned to protect him. When he is approached by the head of Genius Squad--a group formed to investigate GenoME, one of Darkkon's pet projects--Cadel is dubious Genius Squad can offer him a real home and all the technology his heart desires. But why can't he bring himself to tell Saul what the group is really up to? And how can Genius Squad protect Cadel once Prosper English breaks out of jail? This ebook includes a sample chapter of GENIUS WARS.
Buy Kindle Version
Buy Paperback Version
Buy Hardback Version
Scroll to top