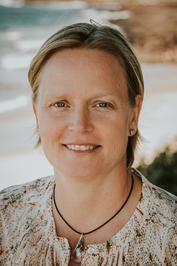 Australian author of crime fiction with a topical edge.

Catherine's love of reading and dislike of working for a living led her to the only possible solution -- write fast-paced mysteries that readers will struggle to put down. Not content to simply produce page-turners, Catherine strives to leave the reader with more than who did it to think about. Cellular memory, ancestry, genetic therapy, and cyberbullying are just some of the topics involved in the Dark series, as Detective Charlie Cooper and his partner Joe Quinn solve mysteries and murders in the heart of Sydney. 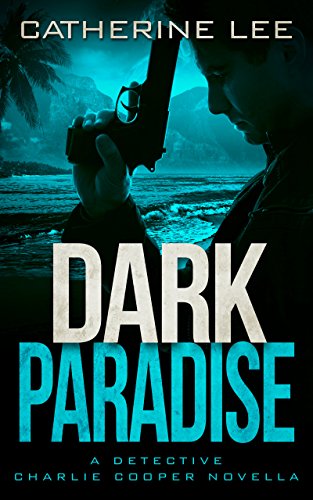 Reality television just got deadly. When a contestant on hit reality show Transformation in Paradise turns up dead, Detectives Cooper and Quinn find themselves out of their comfort zone on a remote holiday island. Amid growing pressure from the mainland to solve the high-profile case, Cooper struggles with the island’s lack of resources and the decision from up high that the show must go on. With the million dollar winner-takes-all prize still up for grabs, the show’s five remaining contestants all seemingly have something to hide. Did one of them commit murder? Was a crew member involved? Or does the island have secrets of its own? Dark Paradise is a fast-paced novella, a bonus story in Catherine Lee’s page-turning Dark Series. Join Cooper and Quinn as they take a break from the city and find out that island paradise isn’t all it’s cracked up to be.
Buy Kindle Version 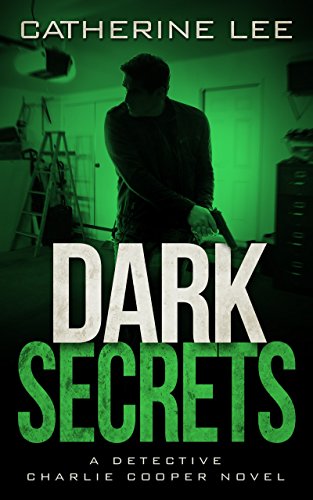 Will a mother’s search for the truth about her son cost her the two children she has left? Jackie Rose is a mother on a mission. Determined to prove her eldest son did not commit suicide, she enlists the help of her best friend’s husband, Homicide Detective Charlie Cooper. Reluctant to reopen another team’s case, but even more reluctant to upset his wife, Cooper and his partner Joe Quinn investigate. They soon discover Jackie Rose is right – someone’s killing kids. The deeper Cooper and Quinn dig, the more they realise everyone has a secret to hide. Can they find the killer before more young lives are lost? As Jackie struggles to cope with the circumstances surrounding her eldest son’s death, a new threat emerges. Her ex-husband, unhappy with the effect of the case on the family and concerned Jackie’s becoming increasingly unreliable, wants to take their remaining two children to the other side of the country. Will Jackie’s fight to clear her son’s name cost her the two children she has left? Part police-procedural, part domestic thriller, Dark Secrets is the third in Catherine Lee’s page-turning Dark Series. It tackles the difficult themes of bullying and teenage suicide, but at it’s heart it’s another rollercoaster murder mystery with a kick-arse detective team and a twisting plot that will keep you guessing until the end. Pick up Dark Secrets to read Cooper and Quinn’s latest adventure today!
Buy Kindle Version
Buy Paperback Version 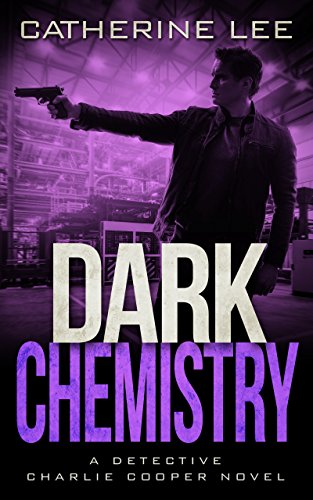 Everyone is entitled to a voice, but has a protest group turned to murder to make themselves heard? A fatal stabbing in a local park appears to be a mugging gone wrong – but Detective Charlie Cooper suspects there’s more to this murder than meets the eye. The victim worked at a local pharmaceutical plant, where protesters against the company’s manufacture of vaccines are becoming increasingly vocal. The victim was the CEO’s nephew, and soon a clear message is sent – stop making vaccines, or more blood will be shed. Lab Technician Leo McCarthy loves his job at Lighthouse Pharmaceuticals. Processes and procedures, scientific testing, black and white – all things Leo’s difficult mind can understand. But when his friend is murdered, Leo’s world is thrown into a type of chaos he thought was long behind him. A police procedural tale that tackles one of society’s most dividing issues, Dark Chemistry is the fourth in Catherine Lee’s page-turning Dark Series. Cooper and Quinn are back in another rollercoaster mystery, and this time murder isn’t the only thing rocking Cooper’s world.
Buy Kindle Version
Buy Paperback Version 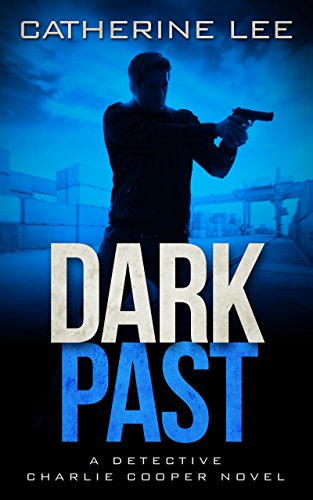 Dark Past (The Dark Series Book 2)

There’s a secret buried deep in the Fisher family’s past – a secret someone will kill to protect. When young shipping company heir Jill Fisher is found dead in her apartment, Detective Charlie Cooper and his partner Joe Quinn don’t believe she was killed by a random intruder. Corporate lawyer Beth Fisher struggles to cope with the grief following her sister’s murder, but she decides there’s one last thing she can do for Jill – finish the ancestry research she was so passionate about. Cooper and Quinn’s investigation and Beth’s research uncover truths about the Fisher family and their business dealings that raise more questions than answers. Cooper must act fast before more lives are lost. And for Beth, work and family collide as she struggles to find the secret someone will kill to protect. The second case for Cooper and Quinn, Dark Past involves a family history, a secret past, genetic research, and a multi-million dollar shipping company. New team members join old favourites as the Homicide Squad delve into another mystery in Catherine Lee’s page-turning Dark Series. Pick up Dark Past to read Cooper and Quinn’s latest adventure today!
Buy Kindle Version
Buy Paperback Version 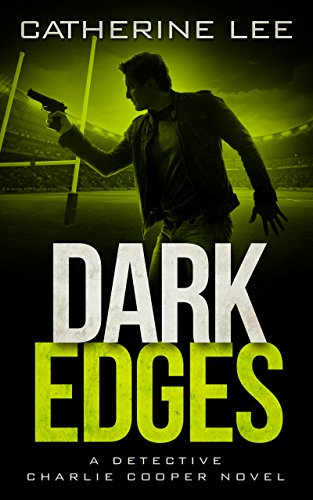 A football player in the prime of his life is found dead from an apparent drug overdose. Was it an accident, suicide, or something more sinister? Detective Charlie Cooper is struggling just to keep awake after some upheaval on the home front. But life is busy for everyone, and Cooper is intrigued from the start with this baffling case. Jimmy Dallas was a rising star with everything to live for – would he really have stuck a needle in his arm the week before the biggest match of his career? Joel Maguire for one does not believe his best mate would have knowingly injected himself with anything. Reeling from the shock loss, and dealing with some issues of his own, the Rangers’ star player struggles to put one foot in front of the other, let alone play finals football. Australian rugby league takes centre stage in the fifth book of Catherine Lee’s page-turning Dark Series. Strap yourself in as Cooper and Quinn tackle the controversial issue of drugs in sport.
Buy Kindle Version
Buy Paperback Version 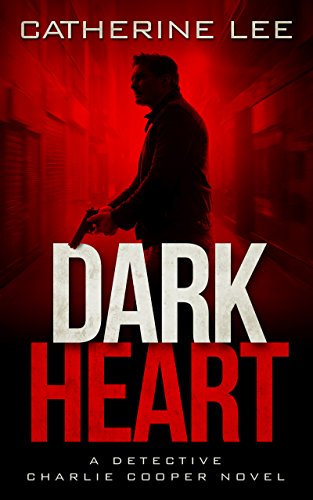 Could you live with the heart of a killer? A mystery always begins with a murder – but what if it's the killer who turns up dead? Detective Charlie Cooper is on the verge of leaving Homicide to spend more time with his young family. But when the serial killer he's been chasing for a decade is murdered, Cooper has the chance to save the killer's final victim and atone for all the ones he's failed. After a life-saving heart transplant, Eva Matthews just wants things to get back to normal. But when she learns she's received the heart of the serial killer, she can't ignore the strange dreams that now haunt her. Is the killer's heart telling her where his final victim is hidden? DARK HEART is the first book in the Dark Series of contemporary mysteries set in Sydney, Australia. If you love a tough, clever detective, a loyal sidekick, an evil villain, and a twisting plot, you'll love the first book in Catherine Lee's page-turning series. Pick up Dark Heart to discover this exciting new series today!
Buy Kindle Version
Buy Paperback Version 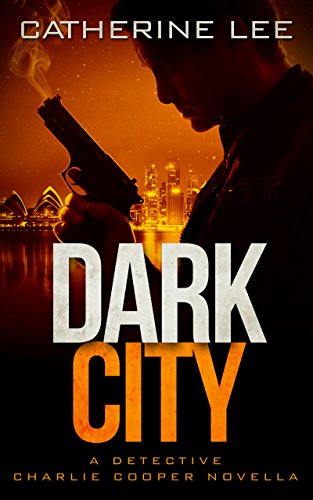 Wife. Mother. Friend. Missing Person. Rebecca Gilmore went out last night. She didn’t come home. With the vicious Adultery Killer still on the loose, Detective Charlie Cooper is paying special attention to missing women. As he investigates Rebecca’s disappearance, he soon realises everyone close to the suburban housewife has something to hide. Is this the work of the elusive serial killer, or someone closer to home? A tale of families, greed, corruption, and murder, Dark City is the prequel novella to the Dark Series. Grab your copy today and see where it all began.
Buy Kindle Version
Scroll to top