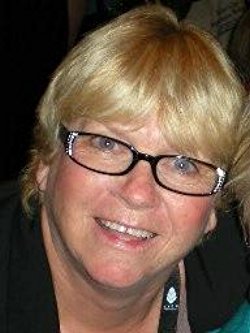 C.C. Coburn's award-winning debut novel, "Colorado Christmas" from Harlequin American Romance is set in a small, but quirky Rocky mountains township. It features an uptight lady judge, a naughty pig, a lovesick dog, a kid who wants a dad, an Aztec red Cadillac series 62 complete with tail fins of extra-ordinary proportions, Christmas trees, a lot of snow and a hero to die for.
Four more books in the series, "The Sheriff and the Baby", "Colorado Cowboy","Colorado Fireman" and "Sweet Home Colorado" have received rave reviews and award nominations.
"The Cowboy, The Cheat, His Ex-Wife and Her Vibrator" was her first venture into Independent publishing, followed by "Colorado Woman" and a WW2 trilogy "In Love and War", "The Descent into Hell" and "Peace and Redemption".
CC lives in England and is currently working on a Highlander trilogy and a Jane Austen adaptation. 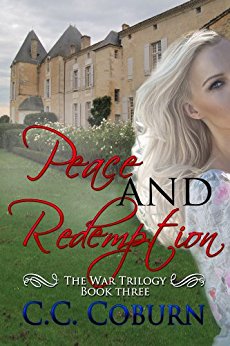 April 1944: Sussex, England The fight against Hitler goes on. Amalie’s husband, Major Christian Montague has been captured and killed in a Nazi prison. Amalie is bringing up her daughter, Sarah with the help of her mother-in-law, Lady Edwina Cranthorpe. Feeling lost without Christian and needing to do something more than play grieving widow, doting mother and lady of the manor, Amalie returns to nursing, caring for badly-burned bomber and fighter crews at a hospital on the south coast. Life at Cranthorpe Hall may be sheltered from some of the harsher aspects of wartime but, as Amalie is discovering, the threat of conflict is never far away while Edwina hovers. Torn and battered by the cruelty, sadness and separation that the last few years have brought, Amalie is desperate to spend time with the man who has always held the key to her heart, Captain Matt Hammond. A snatched afternoon in Matt’s protective arms is balm to her weary soul. But storm clouds are gathering once more: Christian’s father, the Earl of Cranthorpe, has also died in a Japanese POW camp on the notorious Burma Railway. Edwina, Amalie and Sarah face being thrown out of their home as it passes to a distant cousin who will fritter the Estate, and all it entails, away. The triumph of D-Day, when the Allies invade Europe to rid it of the Nazi scourge, should be cause for celebration. But for Amalie, it brings the return of old ghosts that again force her to face the terrible consequences of war. With victory finally in sight, can she ever find peace…because, despite their enduring love, it seems as if she and Matt are to be kept apart forever…
Buy Kindle Version 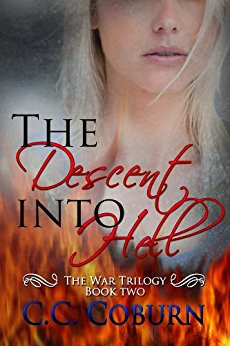 The Descent into Hell (The War Trilogy Book 2)

November 1941: L’Hopitale L’Heroique, La Rochelle, France Lieutenant Matt Hammond has returned to France desperate to see Amalie Balfoure, the girl he loves. He’s shocked to find that Amalie is a shadow of her former self—traumatised and mute after a horrific attack by Nazi soldiers, and heavily pregnant. Matt cannot come to terms with this hollow-eyed woman who shrinks from his touch—nor the child he believes was conceived during the attack—growing in her body. Amalie’s brother, Jean Paul, realises Amalie cannot stay in France after the terrible events that stole her innocence, and arranges to have her evacuated to England. When Amalie gives birth on the risky flight across the Channel, she’s wounded by Matt’s reaction to her daughter. It seems that all hope for their future is lost. England is fighting for her survival and, as Amalie and Matt will discover, peace will be a long time coming, as they are brought together and separated once more by the conflict that surrounds them…
Buy Kindle Version 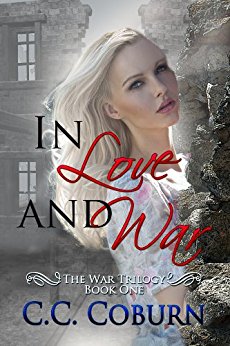 In Love and War (The War Trilogy Book 1)

May 1941: La Rochelle, near Bordeaux, France Nineteen-year-old Amalie Balfoure longs for liberation—from the invasion of her beloved country by Hitler’s forces, and from the over-protectiveness of her much older brother and guardian, Jean-Paul. By day, she’s a nurse at L’Heroique, the local hospital run by surgeon, Jean-Paul. By night, she and her compatriot, Antony Montard—a member of the local Resistance—are itching to join the fight against the Nazis and satisfy their thirst for adventure. When Amalie and Antony help an Allied military unit make a parachute drop in order to carry out a series of covert missions against the Nazi Occupation, Amalie is excited—this is the action she has longed for. Amongst the commando party are Lieutenant Matthew Hammond, an American fighting for the British, and his commanding officer and friend, the aristocratic Captain Christian Montague. Amalie is about to be thrown headlong into a war-torn future that holds both happiness and heartbreak with both men. It will show her the true meaning of hell…where her brave spirit will be tested to its limit and her life changed forever…
Buy Kindle Version 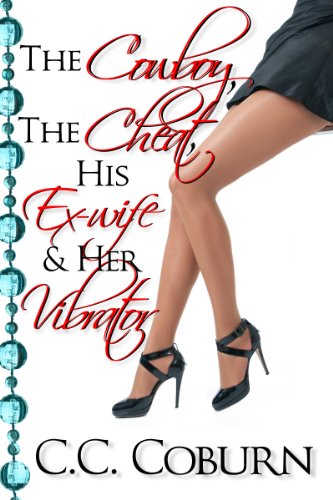 His shirt struggled to contain muscled arms and he more than adequately filled out his jeans… Would you leave a man like that standing on your doorstep? Beth Harman didn’t think twice. Gabe Hunter was heaven-sent: a blind date for a sex-starved single mom of four, who was good enough to eat! Way more appealing than Beth’s Plan B---cosy nights spent with a vibrator… Was Beth Harman nuts? Gabe was here reluctantly, to appease his cousin who wanted to see him fixed up with a woman. Which was why he’d stood brazenly in Beth’s doorway with a red rose between his teeth. It hadn’t put Beth off… She was intent on getting hot and heavy with him the minute she got him inside her house. However, rancher Gabe wasn’t aiming on a casual encounter with anyone. Though once he realised that, underneath her crazy exterior, Beth was very nice and very attractive, and that she and her kids could do with some male influence in their lives, he decided to stick around. Could he persuade her to put the hurt and betrayal of her cheating ex-husband behind her and settle down to something more loving? As Gabe was soon to discover, wanting to be in Beth Harman’s life was to invite a whole heap of temptation, teasing, truths… and trouble!
Buy Kindle Version 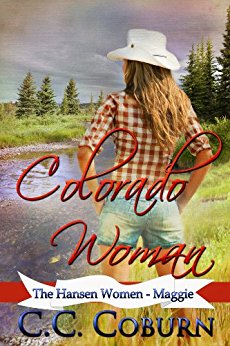 Colorado Woman - The country gal and the city cowboy… Problems, problems! Maggie Hansen has a basketful right now—her home town of Coldwater, Colorado, is dying and the school where she teaches will close, unless there’s a boost in enrolments over summer. Then, there’s her high school sweetheart: wealthy rancher Trey Porter is back in town and wants to take up where they left off. And to top it all, she has a new neighbour: Mac MacKade, a city-boy-turned-overnight-country-music-sensation has moved into the ranch next door—and he’s drop-dead gorgeous! Maggie’s amazed when Mac makes it clear he wants to get to know her better, and she thinks of every reason why he shouldn’t: for starters, he’s not country, can’t shoot a clay pigeon, and can’t ride a horse. And, why’s he so interested in an older woman like her, who’s devoted her life to bringing up her younger sisters and has no time for makeup, flirting and fancy clothes? Mac claims he’s here to stay, but Maggie is convinced that as soon as the aspens start to turn, he’ll be hightailing it back to Nashville. But soon Maggie gets to see another side of her urban cowboy—the man who can work miracles, including bringing Coldwater back to life and making her feel like a real woman again. The thing is, her heart’s been broken too many times already and she just can’t allow Mac to shatter it once more…
Buy Kindle Version 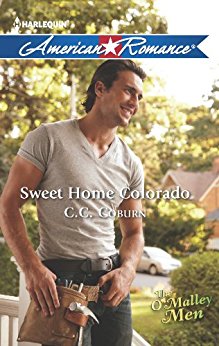 Grace Saunders returns to Spruce Lake, Colorado, to oversee the renovation of a house she's inherited—and to get away from a bad divorce. She's not planning to run into her high school sweetheart, Jack O'Malley. She has a secret she'll give anything to keep, even when it turns out that Jack's her new contractor. Now Jack and Grace have to work together—and work at keeping their hands off each other. Grace is the same girl Jack used to know, the one he never got over. Jack's grown into a man Grace could fall in love with all over again. And the entire O'Malley clan is rooting for a romantic reunion. But should Grace keep her twelve-year-old secret? And if she tells, will Jack ever forgive her?
Buy Kindle Version
Buy Paperback Version 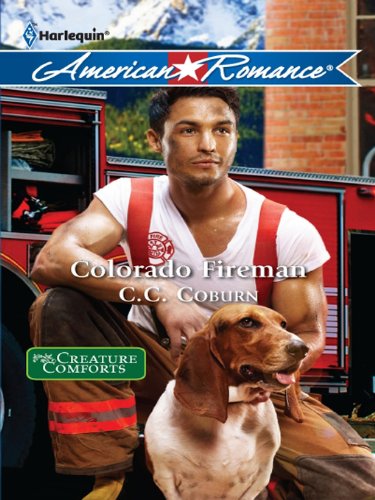 Colorado firefighter Adam O'Malley risks his own life to rescue Carly Spencer's young son and a dog named Molly from a burning building…and assumes that's the last he'll see of them. But Spruce Lake is a small place, and Carly and her four children are new to town. Before he knows it, Adam's mother has invited Carly, her children and the dog to stay at the O'Malley ranch! As the widow of a firefighter, making a good life for her kids is Carly's number one priority. Meeting—and falling for—another firefighter is not. Adam, meanwhile, has been avoiding relationships because of a painful secret he's kept from everyone, including his brothers. But the more time he spends with Carly, the more he wants to move past it.
Buy Kindle Version
Buy Paperback Version 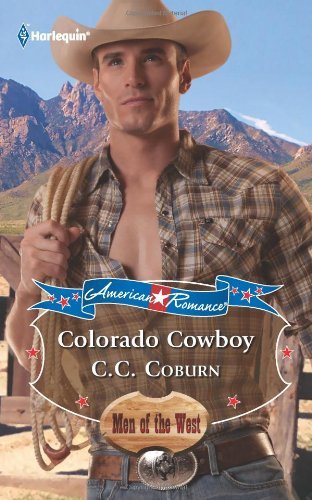 Colorado rancher Luke O'Malley is shocked to hear that he has a teenage son living in New York City…and even more shocked to learn that his son is in trouble. Luke had a brief romance with Megan Montgomery years ago and had no idea it resulted in a child. He just knew it had broken his heart. Now Megan and Cody—their son—need his help. To avoid being sent to a juvenile detention center Cody must move to Colorado with his father. But there's a catch. Cody won't go unless Luke marries his mother. It's a marriage of convenience, but their feelings from the past have never really gone away. Luke has always believed that family is the road to happiness. Can he convince Megan of that?
Buy Kindle Version
Buy Paperback Version 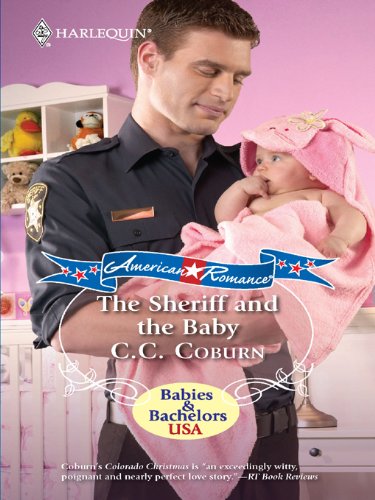 The Sheriff and the Baby (The O'Malley Men series Book 2)

When Sheriff Matt O'Malley rescues a pregnant woman after a car accident and helps deliver her baby, he quickly begins to feel protective of her—of both of them. Matt is increasingly drawn to Beth Ford and her daughter, Sarah—although he's noticed that Beth isn't your average new mom. For one thing, she's obviously hiding something. Like her real name… Beth's falling for Matt, too, and she loves the large, boisterous O'Malley clan. She can't let herself trust him, though. The last time she trusted a cop she almost ended up dead—and now she's on the run. But Spruce Lake, Colorado, is starting to feel like home to Beth…and the O'Malleys are definitely starting to feel like family.
Buy Kindle Version
Buy Paperback Version 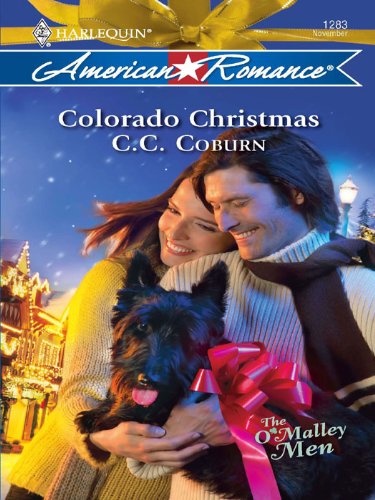 Judge Becky McBride has recently landed in the small town of Spruce Lake, Colorado, with her son, Nicolas, and she doesn't want to stay there long. The former big-city lawyer sees this six-month gig as her ticket to a courtroom in Denver. She can't wait to leave the town and its eccentric residents—especially the handsome and irrepressible Will O'Malley. Will loves skiing, dogs, his hometown—and Becky. She might not trust him or his intentions, but he's fallen hard for her and nine-year-old Nick. Not only that, her son's just as crazy about him. Now Will has to convince Becky that she feels exactly the same way. And Christmas is the best time to do it!
Buy Kindle Version
Buy Paperback Version
Scroll to top