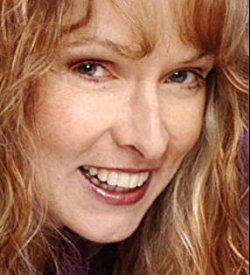 Cecilia Dart-Thornton was born and raised in Melbourne, Australia, graduating from Monash University with a Bachelor of Arts degree in sociology.
She became a schoolteacher before working as an editor, bookseller, illustrator and book designer.
She started and ran her own business, but became a full-time writer in 2000 after her work was 'discovered' on the Internet and published by Time Warner (New York).
A keen supporter of animal rights and wilderness conservation, she has also branched out into such diverse industries as clay sculpting, performing in folk music bands, and digital media.
Her books are published around the world and have been translated into several languages. 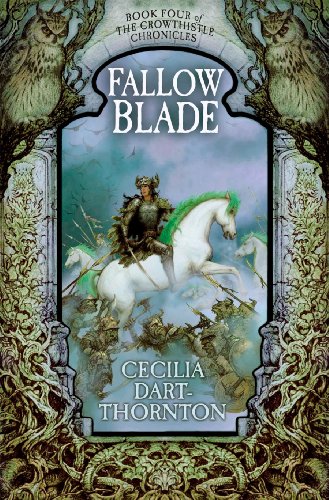 A beautiful Lord of Wickedness, with hair as black as iniquity, is about to shatter the life of the weathermage Asrathiel. Of this she has no notion as she prepares for battle against a tyrant who plans to seize dominion over the Four Kingdoms. The invading armies are pushing further north and it seems that all is lost... until a new peril unexpectedly looms; a far more dangerous and deadly menace that threatens not merely the balance of power, but the entire human race. It seems their only hope lies with the golden sword Fallowblade, and only Asrathiel can wield that weapon. But what of this stranger, this perilous eldritch warrior, whose beauty outshines the night...?
Buy Kindle Version
Buy Paperback Version 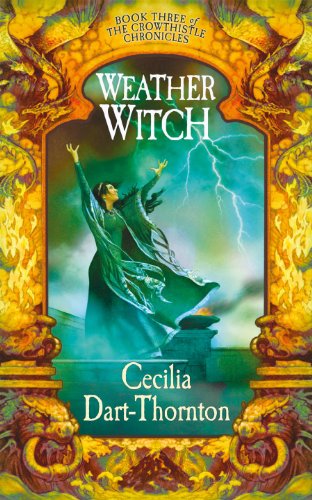 Asrathiel, once Astariel, grand daughter of the Stormlord of Ellenhall, has come of age and received her title of weathermage. As she sets out into the world, her happiness is marred only by her inability to wake her mother from the enchanted sleep that holds her captive, and by curious visits from a perverse yet intriguing faerie-creature. But rumblings of discontent have begun to circulate in the Four Kingdoms of Tir: the bandits known as the Marauders are attacking the populace with greater frequency, and taxes are being raised to fund the defence against them. Then the people begin, seemingly unprovoked, to turn against the weathermasters, whom they have always held in such high esteem...
Buy Kindle Version
Buy Paperback Version
Buy Hardback Version 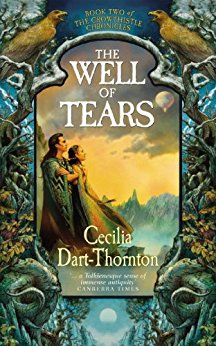 After Jewel and Eoin have fled from their native Slievmordhu to the kingdom of Narngalis, they tread a perilous path which ultimately leaves Eoin in the hands of the deadly unseelie wights. With nowhere else to go Jewel finds refuge amongst the plateau-dwellers at High Darioneth. Teeming with siofra, trows and other eldritch wights, their land is under the tight rule of the weathermasters and Storm Lord Avalloc, who have the power to tame and summon the winds... When Jewel learns that the legendary Dome of Strang is no longer guarded, she decides to continue her journey to Orielthir to unravel the mystery of the hidden stronghold and with it the truth about her father's legacy. Jewel's discoveries lead her on an unexpected quest, accompanied by a handsome young weathermaster who has secretly fallen in love with her. Together they encounter marvels and misfortunes and discover that the key to all their riddles ultimately lies with the extraordinary Well of Tears...
Buy Kindle Version
Buy Paperback Version
Buy Hardback Version 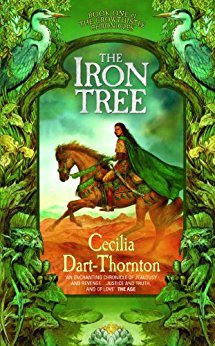 Book 1 of The Crowthistle Chronicles, the eagerly awaited new fantasy from the author of The Bitterbynde Trilogy. Jarred, recently come of age, is leaving the sun-scorched desert village that has always been his home. He sets out with a band of friends to explore the world-to see the mighty and beautiful kingdom of the north, a place he has only ever dreamed of-and to seek out the truth about his father, who came to the village a stranger and departed when Jarred was ten, never to return. But he left Jarred a powerful gift, an amulet that would protect him from all harm, and extracted from his son the promise that he would wear it evermore. And Jarred has done so, although he has come to recognise its mixed blessings. After the travellers are set upon in a ravine and several of their number sustain injuries, they seek shelter in the Marsh, a village of cool green water and dazzling beauty as different from their homeland as night and day. Here Jarred meets Lilith, and in a single moment he realises that his life cannot ever be the same again. But neither realises how closely linked their fates-and their past-really are. During a visit to Cathair Rua, the Red City, Jarred stumbles across the secret of the Iron Tree, and with it an unbearable truth about his father's identity... So begins an extraordinary journey, a chronicle of jealousy and revenge, of wickedness, broken promises and justice, of discovery and truth, and of love.
Buy Kindle Version
Buy Paperback Version
Buy Hardback Version 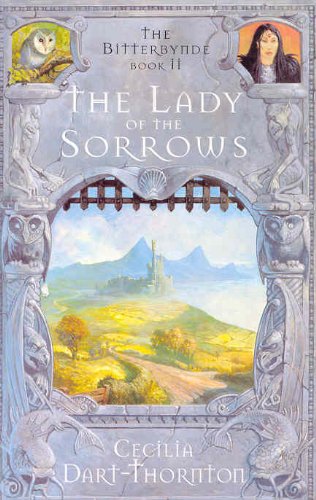 The Lady of the Sorrows (The Bitterbynde Trilogy Book 2)

The Bitterbynde Trilogy, book II Though Imrhien's memory is clouded by sorcery, she must take vital news to the King-Emperor of Caermelor. She hopes that there she may also find Thorn, the fearless ranger who has won her heart.Since no commoner may approach the royal court, Imrhien assumes a new identity as Rohain, a noble visitor from the distant Sorrow Isles. She soon discovers that the King and his rangers have departed to battle the Unseelie hordes which have suddenly declared war against mortals. Attacks by nightmare monsters of the Wild Hunt, led by the unseelie Lord Huon, grow ever more frequent and brutal. And when evil forces lay siege to the royal sanctuary on a hidden mystic island, Rohain is confronted with a horrifying discovery. To protect those she loves, the Lady of the Sorrows must undertake a desperate quest to discover who she is and why an unhuman evil would wreak such destruction. But the truth of Rohain's past will prove more incredible-and far more tragic-than any she could possibly have imagined.
Buy Kindle Version
Buy Paperback Version
Buy Hardback Version 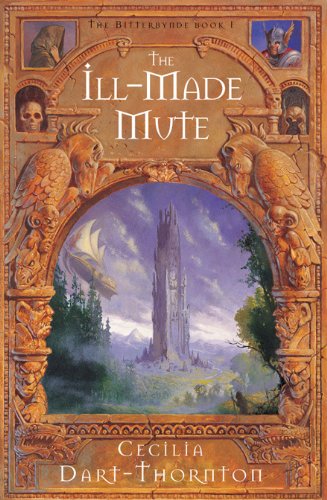 In a dark and perilous realm, an outcast without a name or a memory seeks a voice, a past, and a future in the first installment of a modern classic fantasy trilogy In all of Erith, there is perhaps no one as wretched as the nameless mute foundling confined to the lowest depths of Isse Tower. Abused by many and despised by all, the pathetic creature lives without memories in the shadows. The amnesiac longs to escape—to roam the wild landscape in search of a past, a name, a destiny—but dangers surround the tower. Only flying ships and majestic winged horses carrying important visitors can reach the castle safely, landing high above the ground on its battlements. The local servants whisper about malevolent creatures that roam the forests and bear no love for humankind. Escape seems impossible in this treacherous world of wights and monsters.
Buy Kindle Version
Buy Paperback Version
Buy Hardback Version 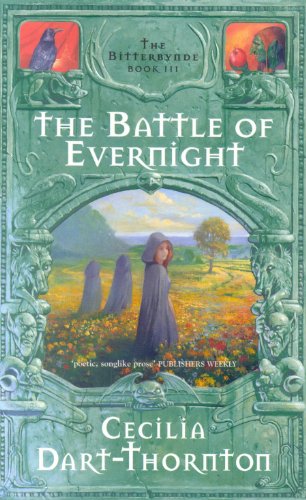 Book III of The Bitterbynde Trilogy. As a consequence of vital fragments of her past coming back to her, Tahquil-Ashalind undertakes a journey to seek the Bitterbynde Gate, the only remaining way into the world of the Faêran, in the faraway region of Arcdur. However, with the returning of her memory, she has also regained the Langothe, a terrible longing for the world of the Faêran, for which there is no cure but to return there, before it is too late. Accompanied by her two loyal friends, Caitri and Viviana, Tahquil must beat a path through sinister forests, riven valleys threaded by fast-flowing waters and vast, neglected orchards haunted by extraordinary creatures. Some of these eldritch wights make contact with the mortal damsels, with unexpected results. But what of Thorn? Rumour has it that he has been slain by unseelie wights, and then that rumour is confirmed by one who can never lie ... When Tahquil's companions are ruthlessly abducted, she abandons her earlier purpose in spite of the yearning of the Langothe, and sets out to try to rescue them, venturing into the land of Darke, and the blackness of Evernight...
Buy Kindle Version
Buy Paperback Version
Scroll to top