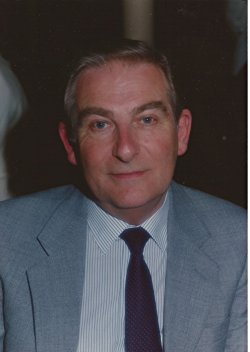 Like most children growing up during the London Blitz I learnt how to create an adventurous way of surviving that was better than I had. I lived a pretence during that terrible period that, good or bad, remained with me all my life.
It took the form of making up stories, along with an ability to draw. This ultimately led to me going to Art College, and then an advertising agency in London. During my time with the Irish agency, I was sent to Brussels and Ireland on accounts.
My career was interrupted by the National Service of the time. I spent two years in the RAF, and my experience led to the publication department after my training.
On completing my service, I wanted a change and spent the next few years going from agency to agency until I married. With two sons I had to settle down and formed my own design consultancy.
You may ask, when did the writing start? Well in advertising of that time you had to be a 'Jack of all Trades' which meant me writing my own slogans and copy. This ultimately led to short stories for my young boys and then novels.
I emigrated to Australia in the austere time of 1982. I was invited by a client to take charge of the new packaging side of his business. The offer was too good to resist. And I became more interested in writing. 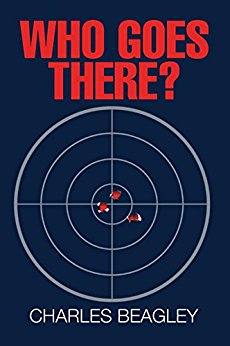 Who Goes There: A Gripping Thriller About a Man With Many Face

It is 1995; the British Government is fighting the IRA in Northern Ireland and Yasir Arafat’s PLO in the shadows. No one is who they say they are in this deviously complex spy thriller about a war damaged Major ‘Bullseye’ Boyde, hunting his long-term nemesis, Hasan. WHO GOES THERE? is a gripping thriller about a man with many faces: As a soldier in Belfast protecting the English and Irish prime ministers’ peace conference from an IRA assassin. As a marksman whose three shot kills earned him the name of ‘Bullseye’ and as an SIS agent who takes on whatever guise suits the occasion. The chase is on, from Ireland, England, Italy, Israel and back home, the two outwit each other until Robert Horne, a credulous computer archivist stumbles into their covert operations. Boyde, now calling himself Wheeler, uses the hacker to track down Hasan and the hunter and hunted finally fight for their lives in the sewers of London. With his nemesis dead, Wheeler and the hacker relax on the patio of a villa overlooking Lake Maggiore, until they spot a suspicious launch heading their way. Find out what happens next in the sequel: An Eye for an Eye.
Buy Kindle Version
Scroll to top