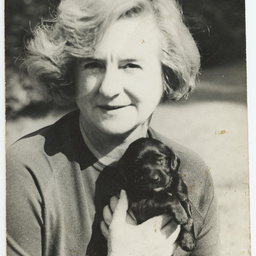 Charlotte Jay was the pseudonym adopted by Australian mystery writer and novelist, Geraldine Halls. One of the best and most singular authors of the suspense era, she wrote only nine crime books, but their unorthodoxy secured her a high place in Mystery Hall of Fame.

Jay was born as Geraldine Mary Jay in Melville in Adelaide, South Australia on December 17, 1919. She attended Girton School (now Pembroke School) and the University of Adelaide, and worked as a shorthand typist in Australia and England, and as a court stenographer in New Guinea, 1942-1950.

She married Albert Halls, an Oriental specialist, who worked with the UNESCO (United Nations Educational, Scientific and Cultural Organization). Albert Halls has dealt in Oriental antiques in England and Australia. Marrying Albert enabled her to travel to many exotic locations in which she later included in her future books. Only her first novel, The Knife is Feminine, is set in Australia. The other books are set in Pakistan, Japan, Thailand, England, Lebanon, India, Papua New Guinea and the Trobriand Islands.

After a long career in writing Halls died on the 27 October 1996, in her home town of Adelaide.

Her book Beat Not the Bones won the then newly created Edgar Allan Poe Award of the Mystery Writers' Association of America for Best Novel of the Year in 1954. 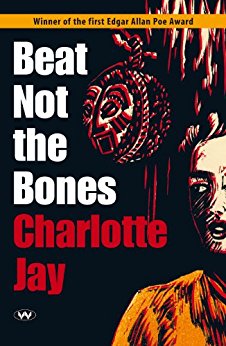 Suicide, or murder? Newly arrived in Papua, where even the luscious vegetation conspires with the bureaucrats to bewilder her, Stella Warwick is determined to prove her husband did not take his own life. Defying the patronising concern of officials, she ventures deep into the jungle, striding ever closer to the horrifying heart of the mystery. 'This might easily scare you out of your wits. Extremely well-handled mystery, authentic horror and atmosphere that closes in like jungle heat.' - 'San Francisco Chronicle' 'Charlotte Jay works you up to the revelation of a horrible secret, and the secret turns out to be the horrible surprise you hoped it would be.' - 'New York Times' Book Review 'The Wakefield Crime Classics series revives forgotten or neglected gems of crime and mystery fiction by Australian authors. Many of the writers have established international reputations but are little known in Australia.' 'The Wakefield Crime Classics series is marvellous ... a wonderful collection of writing that should not have been overlooked in this country in the first place.' - Terry O'Connor, 'Courier Mail'
Buy Kindle Version
Buy Paperback Version
Scroll to top