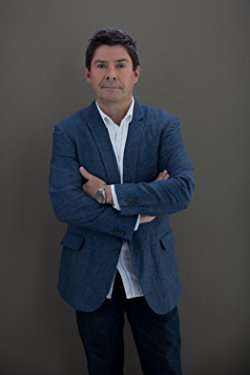 After self-publishing in 2010, Allen caught the eye of Pan Macmillan’s experimental digital publishing arm, Momentum, and soon became one of their best-selling authors.

Now represented by Curtis Brown, the same literary agency that represents the Ian Fleming estate, Allen has signed a deal for a full Intrepid series to appear on the big and small screens from 2016 and beyond.

Cumulative decades of experience in the defence, police, counter-terrorism and justice sectors means Allen features regularly in the mainstream media, talking about his writing inspiration and publishing journey, including on TV (FOX Business) and radio (ABC), and in newspapers (West Australian, Sydney Morning Herald) and magazines (Good Living Magazine, Mindfood).

In his Intrepid series, Chris puts the reader deep within the action. His protagonist, Alex Morgan, represents the embodiment of Chris's own military and law enforcement insider experience. Intrepid is the Intelligence, Recovery, Protection and Infiltration Division of Interpol, a top secret black ops taskforce operating in the shadows to protect the world's most vulnerable people from the worst among us. 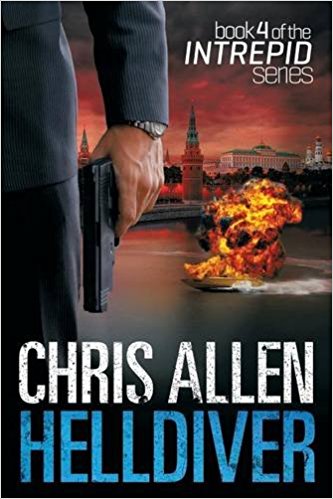 #1 Spy Stories, #1 Suspense Best-Selling Action Author Has Morgan finally met his match? Alex Morgan - policeman, soldier and spy for INTREPID - commits to the toughest mission of his career, and his chances of survival are slimmer than ever. Sent deep into the shadows of Europe's criminal underbelly, Morgan's mission is to overthrow an oligarch and bring a spy in from the cold. But his target is closer than he knows. As old friends re-emerge, it becomes clear that the very heart of Morgan's black ops division INTREPID faces destruction, and trust, it seems, is little more than a commodity to be bought and sold. With INTREPID agent Elizabeth Reigns by his side once again, Morgan must stare fear in the face as his loyalty is tested to its limits. Helldiver sees INTERPOL's ultra secret black ops division INTREPID brought to its knees, and it's up to Morgan and Reigns to wrest their agency back from the brink. HELLDIVER: Intrepid 4 is the newest in the Alex Morgan Interpol Thriller series taking readers by storm... Pre-order it today. REVIEWS FOR THE INTREPID SERIES A military thriller with a cracking pace in the James Phelan or Matthew Reilly vein." The West Australian "This story was brutal and dark in places. It reveals in this starkly told story that there will always be those men who fight for the good and those who care nothing about the rest of humanity but only hunger for power and wealth." Douglas C. Meeks, Amazon Top 500 reviewer "If you really like escapist novels, this one's for you." ABC Local Radio Sydney "Alex Morgan is a character that has leading movie man written all over him. He is quite simply put a bada*s. He takes a beating, gets back up, takes some more and somehow never ends up half dead. He is the perfect hero spy. I can't wait to read more." Jay Mittener, Amazon Top 500 reviewer "He is set to give the likes of Tom Clancy and Robert Ludlum a run for their money." TheAustralian Army Newspaper "Alex Morgan the Interpol special agent is the most exciting Spy/Thriller Series since Ian Fleming's James Bond." An Cosantoir Magazine (The Defender) Not yet obsessed with Alex Morgan and Intrepid? Check out #1 Bestseller DEFENDER: Intrepid 1, HUNTER: Intrepid 2, and AVENGER: Intrepid 3 today.
Buy Paperback Version 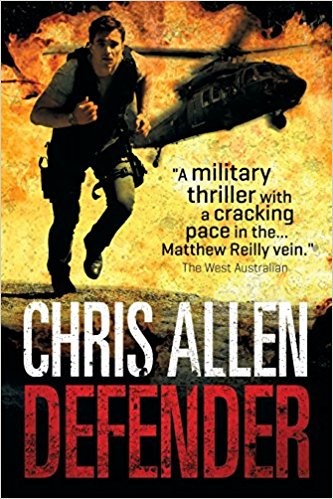 #1 Spy Stories, #3 Suspense Thrillers, #4 Action & Adventure, #5 Thriller Kindle Best-Seller An African coup is imminent, an SIS agent has gone rogue and darker forces are at play. A typical mission for a black-ops Interpol agent. But this is Alex Morgan's first and already he's out for revenge. Part Jason Bourne, part James Bond, Alex Morgan is an agent of Interpol's black-ops division - Intrepid. Policeman, soldier and spy, Morgan and his fellow operatives are the faceless strangers who serve the greater good - the means to justify the end. When an intelligence agent is brutally murdered and the president of a small African country is put in danger, Morgan is sent in on his first solo mission for Intrepid. His cover is to evacuate a group of aid workers, with the help of the beautiful but distant Arena Halls, before the country is swept by civil war. But his true mission is much darker. A spy has gone rogue - and there's more at stake than the guy's career in the Secret Intelligence Service. A heart-pounding, no-holds-barred chase from the dark heart of Africa to the crystalline waters of Sydney culminates in a fight to the death to stop the vicious renegade intelligence officer and uncover the shadowy conspiracy behind him. Can Morgan stay alive long enough to rescue the girl, save himself and bring the renegade to justice? DEFENDER: Intrepid 1 is the first in the Alex Morgan Interpol Spy Thriller series taking readers by storm. REVIEWS "The aftertaste of blood and gunmetal makes it clear these books are written by a real soldier." Bradley Trevor Greive, New York Times Best-Selling Author "A military thriller with a cracking pace in the James Phelan or Matthew Reilly vein." The West Australian "This story was brutal and dark in places. It reveals in this starkly told story that there will always be those men who fight for the good and those who care nothing about the rest of humanity but only hunger for power and wealth." Douglas C. Meeks, Amazon Top 500 reviewer "If you want to read about the way we are doing battle in the 21st century, get into Chris Allen." Kate Stone, Goodreads "Action packed from start to finish. I assumed Defender would be like most other predictable spy novels, but I was blown away. Not only did Allen's real life military experience give the book accuracy, but the author makes you feel like it is you crawling through the mud." Missaliax, Amazon reviewer "The heart and value of this story is in its portrayal of people facing circumstances and situations of which the average audience has little understanding, yet which are faced by men and women every day. If you're looking for a new experience, this book is for you." Sam Hankins, Amazon reviewer "Alex Morgan is a terrific protagonist - I hope Chris Allen will turn this into a long series of books." EA Fow, Amazon reviewer "Mr. Allen's personal experience in the service lends a certain welcome authenticity to the plot, but don't worry - the hero battles his way through more than his share of over-the-top set pieces, making this book hard to put down." Zachary Harshaw, Amazon reviewer Not already obsessed with Alex Morgan and Intrepid? Check out #1 Bestseller HUNTER: Intrepid 2 today.
Buy Paperback Version 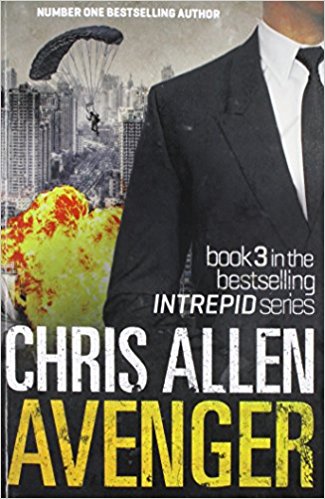 Alex Morgan is back and he isn't playing by the rules. Policeman, soldier and spy for INTREPID, black ops agent Alex Morgan is hunting the Night Witch-the head of a shadowy criminal empire spanning the four corners of the globe and connected to Chinese triads, corrupt cops, and the Russian mafia. When Morgan's sent to China to shadow INTREPID's newest agent, Elizabeth Reigns, he soon discovers she's been sold out and the triads are after their pound of flesh. With Reigns in his corner, Morgan must find a way through a complex labyrinth of scattered connections and corporate takeovers to find the real Night Witch, and crush an empire built on trading in human life. But there's only one problem. To achieve his objective Morgan must confront an enemy he thought was already dead and buried. Will Morgan have what it takes to survive?
Buy Paperback Version 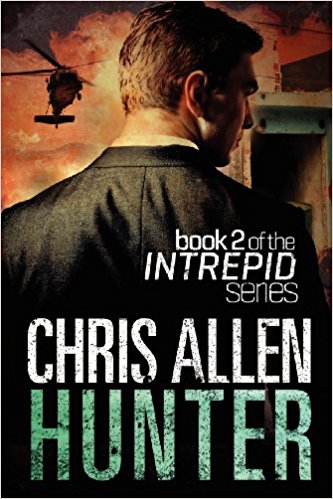