His first book, The River, published in 2010 to critical acclaim, was the recipient of the ACT Book of the Year Award and was shortlisted for the Walkley Book Award and the Manning Clark House National Cultural Award.

Chris has a bachelor's degree in journalism from Charles Sturt University and a master's degree in international relations from the Australian National University. He lives in Canberra with his wife, Dr Tomoko Akami. The couple have two children. 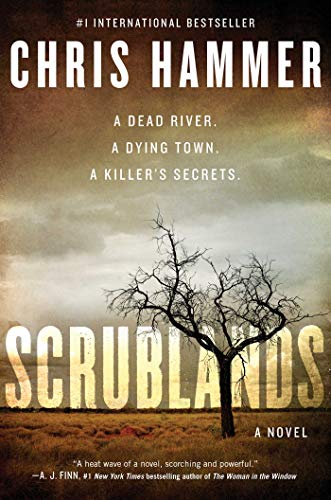 In the vein of The Dry and Before the Fall, a town’s dark secrets come to light in the aftermath of a young priest’s unthinkable last act in this arresting and searing debut thriller. In Riversend, an isolated rural community afflicted by an endless drought, a young priest does the unthinkable, killing five parishioners before being taken down himself. A year later, accompanied by his own demons from war-time reporting, journalist Martin Scarsden arrives in Riversend. His assignment is simple: describe how the townspeople are coping as the anniversary of their tragedy approaches. But as Martin meets the locals and hears their version of events, he begins to realize that the accepted wisdom—that the priest was a pedophile whose imminent exposure was the catalyst for the shooting, a theory established through an award-winning investigation by Martin’s own newspaper—may be wrong. Just as Martin believes he’s making headway, a new development rocks the town. The bodies of two German backpackers—missing since the time of the church shootings—are discovered in a dam in the scrublands, deserted backwoods marked by forest fires. As the media flocks to the scene, Martin finds himself thrown into a whole new mystery. What was the real reason behind the priest’s shooting spree? And how does it connect to the backpacker murders, if at all? Martin struggles to uncover the town’s dark secrets, putting his job, his mental state, and his life at risk as more and more strange happenings escalate around him. For fans of James Lee Burke, Jane Harper, and Robert Crais, Scrublands is a compelling and original crime novel that marks Chris Hammer as a stunning new voice in the genre. A compulsively readable thriller of the highest order, Scrublands never loosens its grip, from its opening scene to the very last page.
Buy Kindle Version
Buy Paperback Version
Buy Hardback Version
Scroll to top