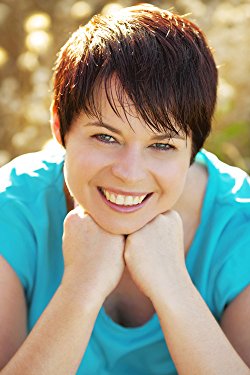 Claire Boston is a contemporary romance author who enjoys exploring real life issues on her way to the happily-ever-after. She writes heart-warming stories, with resilient heroines and heroes you’ll love. In 2014 she was nominated for an Australian Romance Readers Award for Favourite New Romance Author.
When Claire’s not writing she can be found creating her own handmade journals, swinging on a sidecar, or in the garden attempting to grow something other than weeds.
Claire lives in Western Australia with her husband, who loves even her most annoying quirks, and her grubby, but adorable Australian bulldog. 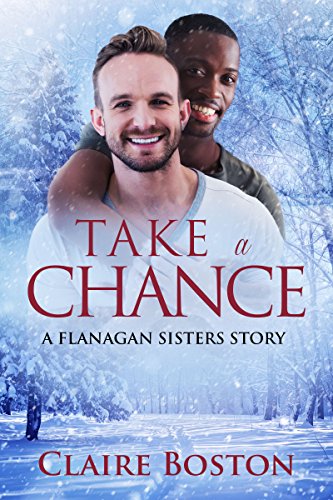 Max’s perfect Christmas plan turns into a nightmare when his boyfriend dumps him. Devastated, he seizes the chance to make a colleague’s Christmas wish come true by giving him the opportunity to experience his first white Christmas. Liam has been crushing on Max since he started work a month ago. Now he’s been given the perfect opportunity to spend a week with the man of his dreams. There’s only one problem – he hasn’t told his new workmates he’s gay. This might be a Christmas to remember, or one to forget – if Liam is brave enough to take a chance.
Buy Kindle Version 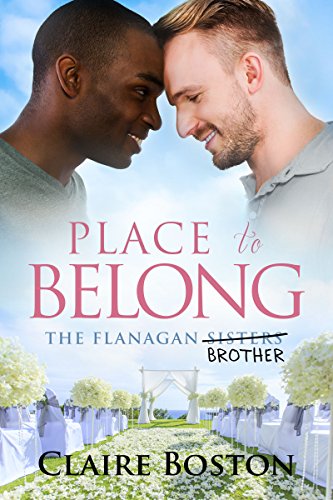 Sean Flanagan has spent a lifetime alone and rejected, constantly hiding who he really is. With a father who deserted him and a mother who despised him, Sean didn’t think things could get much worse … until he was kicked out of home for being gay. Now he’s discovered he has three half-sisters on the other side of the world. This might be his last chance to find people who will love and accept him. But he’s terrified that if they find out who he really is then they’ll reject him like the rest of his family. Sean arrives in Houston and is stunned by the warm welcome he receives from his sisters. He dares to hope that maybe this time things will be different. That’s when he meets Hayden Johnson. To follow his heart means risking everything with his newfound family. Hayden is tired of endless dating. He’s looking for a man to love, someone to spend the rest of his life with. His boss’s new brother ticks all the boxes on the attraction scale, but there’s just one problem – he’s not gay. Will Sean let his fears rule him, or will he let in the chance of love and find a place where he belongs?
Buy Kindle Version
Buy Paperback Version

They’re from the opposite ends of town but they’re worlds apart. Zita Flanagan wants more. She wants to help more Central American refugees and make more of an impact. But her family comes first and fulfilling her own dreams seems impossible. David Randall leads a privileged life and knows nothing about refugee issues. When he meets dynamic, sexy Zita, it seems like the perfect opportunity to learn. Zita’s passion for helping those less fortunate and her selfless devotion to the girls her mother fosters brings David’s life sharply into perspective. Zita soon realizes that David is so much more than a rich boy. She begins to trust him with her foster sisters’ stories, and her own hopes and dreams. But when David’s father announces he’s running for governor and the focus of his campaign is the ‘refugee problem’, Zita has grave concerns for her sisters’ safety. Then David’s betrayal exposes secrets, and it becomes a race against time to save lives. Can David convince Zita to trust him again, or will his mistake put the life of the woman he loves in jeopardy?
Buy Kindle Version
Buy Paperback Version 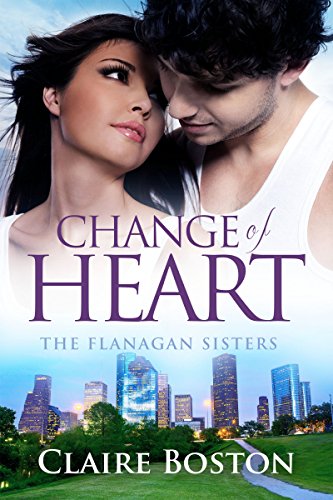 Software billionaire Carly Flanagan has an abundance of everything except time. With everyone wanting a piece of her, or more accurately, her money, she spends her days trying to live up to her company's motto of Community, Sharing, Support. Having always been so focused on responsibility, success and supporting those less fortunate than her, Carly’s forgotten to consider what she wants for herself in life – until she meets Evan. Evan Hayes is an artist and free spirit, and when they meet at a local art exhibition, he is immediately intrigued by Carly. He sees through her public persona, realizing she is not the person she portrays. Evan’s the type of man who doesn’t have a lot, but is perfectly comfortable with who he is. A man who knows what he wants – and he wants Carly. Carly is sure Evan wants something else from her. Everyone does. All Evan is asking is the chance to get to know her, but will Carly let him in? Or will a lifetime of protecting herself prove too hard to overcome?
Buy Kindle Version
Buy Paperback Version 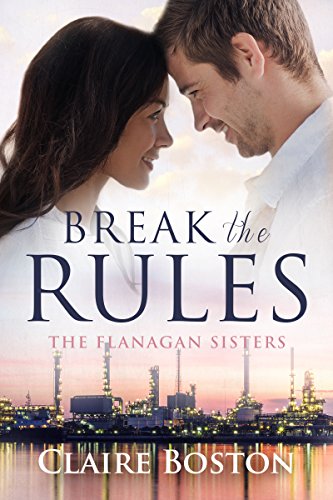 Bridget Flanagan knows how to assess risks, but are the consequences of exposing her heart too dangerous? Bridget has a passion for safety and in the world of oil refineries that makes her great at her job. So when her big promotion goes to someone else, she heads out on the town to forget her troubles. Jack Gibbs seems like the perfect man to distract her. At least until Monday morning when she discovers Jack is her new boss. There's no way she's going to keep seeing him, no matter the connection between them. She's been burned before. Jack can't understand why Bridget's so against their relationship. They positively sizzled during their one night together. He knows he has to be careful now she reports to him, but she tempts him in every way. Can Jack convince Bridget to give him a chance, or is the risk too high?
Buy Kindle Version
Buy Paperback Version 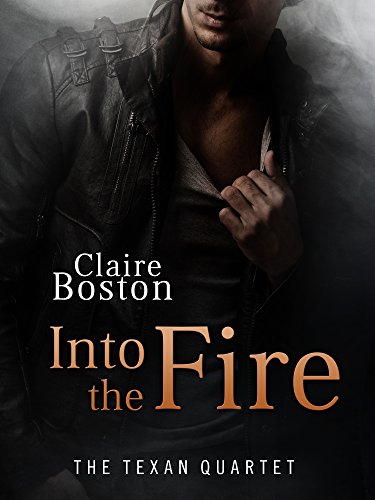 Into the Fire (The Texan Quartet Book 4)

Piper Atkinson uses the truth as a weapon, but her latest interview candidate is more than just a headline.​ Piper wants to be the kind of journalist who makes people sit up and take notice of the issues, and in Houston, Texas, there are plenty to go around. In the city's high-end restaurant world, reclusive Native American chef Taima Woods is discussed in reverential whispers, so when the opportunity to interview him arrives, Piper jumps at it.​ But getting to Tai is tougher than she expected. He has a deep mistrust of reporters, and a private life he'd prefer to keep hidden. There are two passions in Tai's life – his cooking and his tribe – and he means to keep it that way. But the closer Tai gets to Piper, the closer he comes to conceding a third.​ Through Tai, Piper discovers a world she knew nothing about – a damaged and ostracized community in need of a voice. But the more Piper wants to help them, the more Tai understands that to love Piper is to turn his back on his people. ​ Will Tai reject the one woman who's ever understood him? Or can Piper show him that hardening his heart helps no one?​
Buy Kindle Version
Buy Paperback Version

Under the Covers (The Texan Quartet Book 3)

What if the one time you didn't want love was when you truly needed it? Forced to flee her abusive ex, alone with no support, Elle is determined to rebuild her life and protect her five-year-old son. Not one to take the easy road, she opens a bookshop café, but opening day almost ends in disaster. In the midst of this chaos, the last thing she needs is a man as charming as George Jones getting in her way. George has always been a sucker for a damsel in distress, and Elle ticks all the boxes. But Elle's not interested in being rescued by anyone, especially not him. She knows her taste in men can't be trusted, but fighting George's charisma is harder than she expected. And George, who is not one to ignore an itch, has found there's something about Elle that's got under his skin. When Elle's ex turns up to cause trouble, George must overcome his boyish flirtatiousness if he's to convince Elle to trust herself and let him into her life. But can Elle put her past behind her before it overwhelms her present?
Buy Kindle Version
Buy Paperback Version 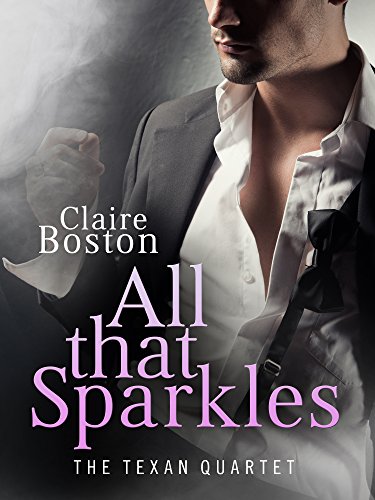 All that Sparkles (The Texan Quartet Book 2)

Imogen Fontaine is living every girl's dream. She is a fashion designer for her family's haute couture label, lives in a mansion, has a great circle of friends and is the apple of her father's eye. Everything is perfect. Until the day that Christian, the boy at the center of her childhood heartbreak, walks back into her life. From there her life starts to unravel, as long-kept secrets are revealed. Imogen learns that her past was built on lies and betrayal, shattering the illusion of her perfect existence. She must seek out the truth if she has any hope of forging a new path for herself and discovering true freedom. But can she convince Christian that there is a place for him in her new life?
Buy Kindle Version
Buy Paperback Version 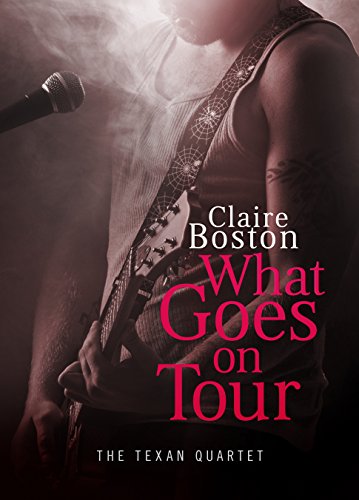 What Goes on Tour (The Texan Quartet Book 1)

What goes on tour, stays on tour … or does it? Few people know that socially awkward Adrian Hart is actually rock God, Kent Downer, and that's the way Adrian likes it. His privacy is essential, especially now that he has guardianship of his orphaned, ten-year-old niece, Kate. But when the nanny quits in the middle of his Australian tour Adrian finds himself in a bind. Until Libby Myles walks into his life. Libby has only ever wanted to become a full-time author and prove to her parents that she can make it on her own. On the surface, the temporary job as the nanny for Kent Downer's niece looks perfect—the pay is fabulous, the hours are short and Kate is a big fan—it's the rock star that's the issue. Arrogant and way too attractive for anyone's good, Kent Downer has enough swagger to power a small city. But when he's out of costume he's different—shy and uncertain. For Libby it's a far harder combination to resist. She needs to find a balance between work, writing and ignoring her attraction to the rock star, because if she falls for him, it could mean the end of her dream. But when a horrible scandal is unleashed—putting young Kate in danger—there's more heat between Libby and Adrian than just sexual attraction. Libby must figure out if Adrian ever cared for her, or if it was all just part of the show …
Buy Kindle Version
Buy Paperback Version 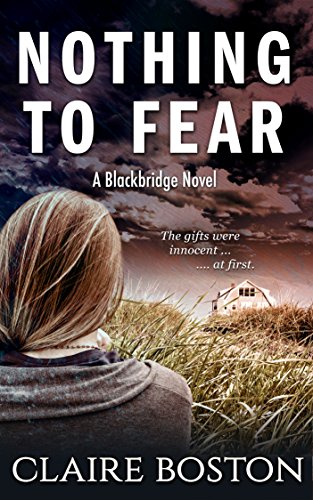 Nothing to Fear (The Blackbridge Series Book 1)

The gifts were innocent… at first. After a traumatic assault, Hannah Novak returns to her home-town hoping for a fresh start. However, when strange gifts turn up on her doorstep, and a stalker fixates on her, she discovers that Blackbridge isn’t the safe haven it once was. With no family left to turn to, she’s forced to seek help from the broody new cop in town Ryan Kilpatrick has travelled across the country to create a stable home for his young son, but being a police officer makes that hard. He doesn’t need Hannah’s problems added to his own, yet her courage and vulnerability awakens the protector in him. With time running out, can Hannah learn to trust again before it’s too late? Because this time, there are no second chances.
Buy Kindle Version
Buy Paperback Version
Scroll to top