Australian author of science fiction and fantasy. His "Tenabran Trilogy" took out two Aurealis (Australian SFF) Awards. Also writes historicals under a pseudonym. Holds degrees in history and literature. Main area of interest is the traditional Western heroic romance. Steampunk and alternative history is a major strand of understanding. Above all, "What would happen if...?"

What would happen if magic worked, in certain ways? What ways, exactly?

What would happen if this had been done, or this had not been done? What if this new technology were invented, or invented somewhere else or sometime other from where it was?

These questions don't actually seem to occur much to mainstream authors or to the literary establishment. Pity. 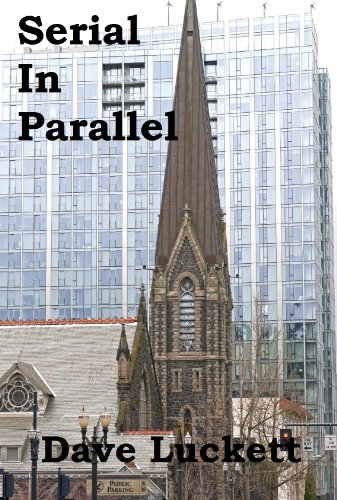 Inquisitor Collins and Proctor Dooley are two of the Church’s best investigators in a London where the police force is a Holy Order and the courts are eccesiastical, but they’ve been handed a tough case this time. The murderer had no connection to his victim that they can find. He turns out to be a serial killer, but one that paradoxically knows his victim intimately, for he kills the same person, over and over, across all the parallel worlds. Now all they have to do is find him, somewhere in them.
Buy Kindle Version
Scroll to top